"You'd think a computer game has at least one leg up right away, given that - hurrah! - it can bypass the cliched HPL vocabulary (squamous rugose gibbous nefandous eldritch bloop bleep blup!). But a game nonetheless must depict monsters the author routinely calls 'indescribable,' not to mention weird other-worldly colors and 'angles neither acute nor obtuse.'"

Allen Varney attempts to uncover the mysterious truth behind Cthulu's ancient failure to make it big in games.
Click to expand...

Cthulhu: Why so difficult?
S

I always thought that any Cthuloid title was bound to fail because of the role that sanity played in the HPL stories. Sanity was THE meter in the Call of Cthulu, making it more important (and more fragile) then hit points are to todays RPGs. There's really no way to translate that to a computer game.

However, I had never considered that HPL's protagonists were always loosing or discovering that they never HAD control over the situation. Games these days are all about control, but even that is limited by technology. Gamers, of all people, could never abide by the idea that they were doomed to fail, no matter how hard they worked.
T

What about Silicon Knights' _Eternal Darkness: Sanity's Requiem_? Can't believe it didn't get a mention when running through the HPL-inspired games... they've even got a very well implemented sanity meter!
C

I think there needs to be some flexibility, both on the part of developers and fans. It's entirely possible for a design to retain certain fundamental elements of Lovecraft while discarding ones that don't translate well. Allen did a great job of isolating the latter category.

If it's the kiss of death to market your game as Lovecraft-inspired (and I'm not necessarily sure it is), then don't wear it on your sleeve. Joe Gamer doesn't need to see tentacles or go insane or be gimped in a fight to be chilled by the realization that we're very, very small in a cold, indifferent Universe. Allen's right, that realization isn't sustainable, but it doesn't need to be. While that's the point where many of Lovecraft's works climax, we needn't stop there. After all, the realization isn't the hard part -- the hard part is living in the world with that terrible knowledge.

True passion for Lovecraft and his themes shouldn't be about adhering to the letter of the Mythos, but rather the spirit. Dump the stuff that doesn't work in games and drive home the core horror of the human condition. It'll make the tall guy proud.
B

The upcoming Penny Arcade game is supposed to have some Cthulic elements in it, as I recall.

How can it neglect mentioning Eternal Darkness, as tgilbert and Chamundra mentioned?

The narrative structure is exactly what one might expect: investigative. The sanity effects are spot-on (with an occasionally misplaced humorous one). I wonder how many people got freaked out by the volume changing on its own, the bugs crawling across the screen, etc?

Each chapter bring the story more clearly into focus, until the ending where you think you've understood it.

Here's a game that challenges you to beat it three times. When you do, instead of being rewarded with a better ending, you are instead given The Truth. And The Truth is very, very bad, very Lovecraftian, and undeniably memorable.

As a game it had it's flaws (repetitive enemies, combat, traps, and occasionally clunky controls), but as an embodiment of what Lovecraft's fiction writing was like, it is quite remarkable. My biggest regret is that you were given a spell that allowed you regain Sanity quite easily, relegating it to a mere afterthought.

Funcom is taking a stab at Cthulhu with their upcoming game The Secret World. You can find the website at http://www.darkdaysarecoming.com/. It starts there, but continues onward. Lots of viral marketing, puzzles, mini-quests, that the (soon to be) players figure out for themselves.

It's worth a look.

But do you go mad when you figure it all out? That's the question.
F

Being an avid Lovecraft fan I wanted to contribute something to the discussion here... Eternal Darkness is a great game and one that does some amazing things with player interaction that it never gets credit for. While it doesn't have any direct ties to the mythos, it's steeped in Lovecraftian mores. It also has a 91 rating at Mobygames, arguably making it the most successful of the Cthuloids. Another game worth mentioning and perhaps the earliest is Infocom's Lurking Horror, it's is very much a text adventure, but mythos games lend themselves to the genre... Anyway great and interesting look at the trials and tribulations of developers and game designers. I'm okay with never having a good Cthulu movie (there is one, the HPLHS')or game, I have all the stories! 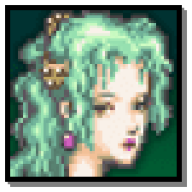 Just because no game has successfully awakened the Old Ones yet doesn't mean it's not going to happen.


With respect to the issue of the cerebral path that the protagonist takes, hunting down clues and piecing together information, this describes the pure adventure game (Myst-style, not Zelda) perfectly.

But to create the slow realization of the apocalypse...
You have to gradually realize that you, personally, are responsible for the end of the world. I think that means that it has to be an MMO (for persistence, can't just restart into a new, undestroyed game world) where the final endgame for one very powerful character is to bring down the game server, to make it unplayable.

Now, to prevent the *server* from simply resetting once the game is over. You can't, really, so you have to make the initial state of the game as boring as possible. Given Game 3.0, I think that this could be doable. A thin baseline of meta-rules would allow players to gradually build up a complex, rich, well-developed world, something really worth keeping and missing; and eventually to unmake it forever. That is the apocalypse.

And, yes, I do expect a lot of players to react to the realization that their lovingly crafted world is doomed with something akin, if not to insanity, then at least to raw unreason and panic. Compare Corrupted Blood: people react to catastrophe as they would in real life. The Cthulhu game waiting to be made is a nomic with a tragic flaw.

Pavitra,
Why would anyone (at least, in significant MMO numbers) invest time and money to develop their character, if the game is:
A) "as boring as possible" as you suggest.
B) Doomed to be destroyed

That last point highlights the deepest, and perhaps fatal, difference between pure Lovecraft and pure gaming. Gameplay is about, not "powers" as such, but agency - the ability to actively influence the environment.
Click to expand...

While this statement may be true, it is not something unique to computer/video games. The same is true for most any P&P RPG, and yet, the CoC game is successful. So why is this a particular difficulty?

We're probably just not ready yet. We have the idea of there being a Good and an Evil so deeply ingrained in our minds, that's the normally the most a game offers you in choice. Be Good, Be Evil. Be Driven Insane By The Sight Of A Monstrous Green Thing Coming Out Of The Ocean doesn't really come into it. Also, gameplay is normally a pretty important part. In a game, you shoot the monster to bits with your beeeeeg gun and save the world. In Lovecraft, you drive your boat into the monster's head, barely securing your own life and a temporary win for humanity. Also, you know the monster's gonna be back soon.
M

All Cthulhu games fail for the simple reason that the stars are not yet right!!!

On a completely tangetental tract: Years ago, Wizard's Attic made a great T-Shirt with Cthulhu tried into the political season. On the front under "Cthulhu for President" was the tagline "Why settle for the lesser Evil?" Admittedly I haven't seen this shirt for almost 15 years, but if anyone out there finds a lead on one, please pass it along. Thankx

The real problem here the industry dose not like taking up projects where the executives are not sleeping with each other, its almost as bad as hollywood and as the mindless trek up the mountain chasing the graphical goddess of pretty making everything from hardware to games to development cost to much,

Rant aside I think Clive barkers undying is fcking awesome, COCCOTE was good but a bit slow, I think you have to build a game based on the experience thats based off the general themes of the fiction.

Just had a thought about the sanity system, make a gauge that slowly goes up under normal battles or environments, make it spike on gory scenes, when it hits the max you vision is screwed with your heart races and you take lite damage like you are poisoned,now heres the fun bit use this "mode" to see visions and find hidden paths and what not. Now make the gauge go up to 200% at 100% it raises slowly but for every 10% over 100% you start rolling a 5% to damage self with whatever on hand however none of this dose high damage it dose like quarter damage of the weapon or so, this is because you slip at the last moment when shooting your head or mouth or foot, or you just whack your head with the butt of the weapon.

so gauge at 150% you have a 25% chance ever X amount of time then call for the self damage script.

The reason self damage should not do full damage or kill you, the game is hard enough in a fight add this up your toast unless you are lucky and the randomness of survive just makes it that much more a experience to live.
Show hidden low quality content
You must log in or register to reply here.
Share:
Facebook Twitter Reddit Pinterest Tumblr WhatsApp Email Link
Top Bottom