"When Corrupted Blood ran rampant, its patterns of diffusion resembled those of real-life diseases, and scientists took interest. Not only did the disease spread to other users, but there were carriers who, both knowingly and unknowingly, were able to take the malady across great distances via their infected pets. The parallels between World of Warcraft's plague and potential outbreaks in the real world were so compelling that the CDC requested the simulation data."

Brian Easton documents the spread of disease in World of Warcraft.

I think the science nerds are probably the same gamer nerds. I wonder if they wouldn't be able to play in order to maintain an unbiased outcome?
J

On spreading diseases in Second Life....

It is technically possible, but it would require a huge amount of ground work. SL Avatars cannot hold scripts, only other objects, so an avatar carrying no objects cannot be infected by anything. And an avatar can only wear or hold objects if he initiates the contact, so if the disease is negative in effect it probably would have to be the result of a clandestine script on one of the things he's carrying. And it could only be spread to another object carrying the same script. And de-rezzing the object would stop the disease.

There may be ways around some of these problems (maybe using a disease "server" somewhere that communicates with the objects that cause the disease effects in other regions?), but they would not be trivial to implement and would probably have distance limitations.
T

Something similar happened to Ultima Online back in the day. UO probably would've been the perfect platform for research, too, although players could teleport around and such there was still the very strong social aspect involved in just going to the bank and such. Of course, UO's was more like a zombie movie, as after you died from the plague when it happened, a zombie popped up (which also spread the infliction). Was pretty hilarious to see towns get over-run. I think the GM's did this for an event, but I can't recall it exactly.
P

"An alternative to studying diseases in World of Warcraft would be to look at some of the more "realistic," socially-engaging games, like Second Life, Active Worlds and There. Instead of a heavy focus on combat, these games are more freeform and place an emphasis on user-generated content and social interaction. Worlds like these bear a closer resemblance to our world and are seemingly better candidates for epidemiological research."

I would dispute that, since WoW would resemble a real world situation better with people interacting for common goals and meeting in central places. While the others are just fancy chat games, and not "realistic" and besides they have too small userbase to provide any useful information anyhow. Interesting article.
I

The issue with trying to implement a study like this is that you have to incentivize people to behave in a "real" way. If one "role" gives a better reward at the end than the others, and certainly if there's a reward for playing a role like first responder, the MMOG players will no doubt notice and figure out how to min/max their participation to get the best reward.

The Corrupted Blood episode had no associated rewards at all (or, for that matter, penalties for being a server's Typhoid Mary, WoW's death penalties being as low as they are), which might explain why it's so interesting.
C

I just gave a talk to a bunch of economists on using MMOs for economics experiments. The Corrupted Blood incident was my primary example of mis-reading MMO behavior. By all (poorly documented) appearances, the plague was overwhelmingly due to deliberate spreading. And the reason for the deliberate spreading was that it was funny.

There are people with nasty diseases who are extremely negligent about infecting others. There is the occasional freak who deliberately infects others, just as there are other kinds of occasional psycho killers. And there is potential for bioterror. But what happened in WoW looked more equivalent to a bunch of people deliberately going to a hospital to infect themselves with drug resistant TB, and then going to the mall and coughing on strangers for shits and giggles.

That's wholly unrealistic. People did it because it *was* funny, and really only a nuisance to the victims. So, the plague was driven exactly by that which was unrealistic.

"Regardless of their goals, it's important that scientists make getting sick fun."

That obviously is risky because getting sick isn't fun, and again could break the results.

I'm very excited and very skeptical about using MMOs for social science research. So I want people to be careful not to do it badly. There's going to be some research questions which can't be well studied in MMOs. I'm not sure, but epidemiology might be one of those things. Using PC-to-PC contact to analyze diseases which go a long time without symptoms could work in the right environment.

One thing about MMOs is that there's sort of a public good aspect to fun--it's possible to put things in which make stuff overall fun, even though individual players want to overcome them. That's challenging the players, and making the game fun. Many economics experiments could take this form--is it possible to do the same with diseases?
J

There is never a "public good" aspect to fun. There is for the sake of maintaining the "world" pretense, but "public good" is a conduct measure, which is purely a means to an end, and that end is not fun. If players have to maintain a code of conduct without explicit support from the developers, they may as well quit, or act like total idiots in the pursuit of fun.

Corrupted Blood was just bad game design and/or implementation. Sure, there's room for further analysis, but I don't see how it could reveal anything about humanity that we shouldn't already know. 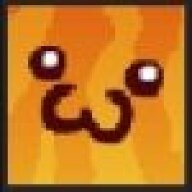 What about the event near the launch of Wrath of the Lich King with all the zombies? It spread the disease pretty quickly.. the only way to remove it was from a healer or by a special NPC.. and even NPCs could be infected, so it was a massive hassle AND affected EVERYONE and EVERYTHING in the game. Shouldn't this be relevant to the CDC? Or did they already check this?

Edit: Also, as the days went on, there were less Argent Healers (they'd kill player zombies and remove the disease, they were killable by the zombies), the disease got harder to dispel, and you turned into a zombie in less time.

Dimeinurear said:
What about the event near the launch of Wrath of the Lich King with all the zombies? It spread the disease pretty quickly.. the only way to remove it was from a healer or by a special NPC.. and even NPCs could be infected, so it was a massive hassle AND affected EVERYONE and EVERYTHING in the game. Shouldn't this be relevant to the CDC? Or did they already check this?

Edit: Also, as the days went on, there were less Argent Healers (they'd kill player zombies and remove the disease, they were killable by the zombies), the disease got harder to dispel, and you turned into a zombie in less time.
Click to expand...