Kids like play and adults like to impose rules on play which turns them into games. I think it's good to go back and think of a game from a fresh point of view, but I don't think it necessarily has to be that of a three year old. I've sat next to a non-gamer playing The Simpsons game that got incredibly frustrated with a double jump from a moving object. Games have stupid things in them, and most people accept them because it's part of the game.

And I'll also add that I hate unskipable cutscenes (damn I died, now I have to wait for 10 minutes again, whoo!) and also ones that you can't pause (people do insist on talking to me during an important story shaping cut scene) But I didn't need a three year old to point that out to me.
B

Aunt Wendy writes:
"Yes, your opponent AI are presumably out there trying to "capture the flag", but on the easiest easiest settings you're also given some pretty darn good AI on your team, and they will go out and do everything for you. He did run out of ammo, but not long before the friendly AI captured the necessary bases."

Friendly AI is not a game flaw. It's a game feature. If your nephew won the first level by turning in a circle and shooting he was just lucky in starting on a planet where the friendly AI have an advantage. This is not a game flaw, and in my opinion you pointing it out as such is a gross misrepresentation. In SWBF the player is tasked with defeating the AI opponent on a number of worlds as a member of the Imperials, the Rebel Alliance, the CIS and the Republic. As such you're going to have some missions that are easy and some that are hard because the game system doesn't cheat - if you're playing as a CIS on one planet you'll be faced with exactly the same advantage or disadvantage as the AI will face when you're playing as the Republic. This is a big positive feature of the game - i.e. it doesn't cheat by giving the AI any advantage.

I'm tired of games which place the player in a situation where the AI always has a huge advantage. Sometimes it's good to see a game where you occasionally get a break, and where you don't have to be a superhero in order to win the odd level. It makes the game seem more real when you can just do your part as a member of a squad without it seeming like you have to do all the work. In short, what you're complaining about in this case is a great aspect of this game. Added to this, what you're complaining about is not the case most of the time. In fact this game is balanced very well and in many cases if you do nothing the game really can go either way, so it's best to do your bit. In most cases you have to do certain things in order to win. This is why your article paints an unfair picture of this game - you take one instance in which your nephew just got a lucky break and you unfairly make it seem as if the game as a whole suffers from the same flaw - and it just does not. In my view that means you're not telling the truth about the game. You are overstating your case to the point that it becomes, for lack of a better word, a lie.

Similarly, when you claim that the game lacks variety, I simply don't see how you can claim that with a straight face when the game features combat on forest worlds, deserts, inside building complexes and on platforms miles high in a planet's atmosphere. I mean, seriously, fight a level on Bespin and then fight on Endor and then come back here and tell me it all looks the same; or fight on Tatooine and then on Kashyyyk and then tell me the game looks the same from one level to the next. If you do I say that's bullshit. I mean your criticisms when it comes to this game are just false. 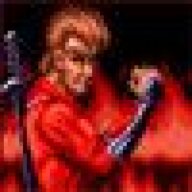 stevesan said:
Maybe you should stop playing video games if the only reason you have to play is to figure out why you're playing in the first place? Have you considered just quitting video games altogether?...I mean, what other reasons do you have for playing a game aside from the joy of playing?
Click to expand...

I think you're taking my statement a bit too literally.

My point was that children enjoy creating new challenges and objectives for themselves in games -- and for that matter in any form of Play -- *far* more than adults do. Like the moment in the Spider-man title that the article mentions, others creating these elements feel like arbitrary restrictions to what they want to do.

Luckily, my friends and I are still high-spirited enough to let a football game devolve into some brand-new invention. But try picking up some extra people for it -- we've tried, you get a small percentage. The others want you to answer why you've changed things up, why you're not just playing football.