All Glory is Fleeting

"The entire Anonymous situation has to do with the cult of the incognito, the idea that if you give a man a mask, his true personality is unveiled. Anonymous can be said to represent the darker, feral side in all of us - they lash out with the slightest provocation, and they are many against few. Their own credo is they do not forgive, they do no forget and they are legion."

Did Richard Thomas look at his schedule at about 4 p.m. yesterday and realize "Oh Crap! I'm supposed to write something for the Escapist!"??? Aside from the *brief* Maddox interview, this article lacked ANYTHING which could be regarded as, ahem, valuable content. In fact, the sentence 'This is mainly done in the name of "lulz," a corruption of "lol,"' is pretty much a direct quote from that silly Fox New story he mentions. (I mean, seriously, this is The Escapist. Is there anyone actually reading who has to have the term "lulz" explained to them?)

Perhaps I should have read this story twice, but when you title your piece "All Glory is Fleeting", maybe you should include more than a single paragraph discussing people whose glory is, in fact, fleeting. Also, what's the deal with the graf about Tom Anderson??? I guess at this point the piece was due in the next 30 minutes and Richard's brain was screaming "FILLER! FILLER!".

The third of the article that discusses 'anonymous' seems sort of orthogonal to your stated purpose, as well. How does giving a brief once-over of a fairly unorganized group of anonymous griefers have anything to do, at all, with fame on the web?

While in the end I feel like I should forgive Richard Thomas, as he is probably a 10th grader hoping he can reuse this piece for his next assignment in English class, I really have to ask The Escapist's editors... did you even read this? I mean, yeah, it's a free online publication, but jeez, have a little pride in your work!
T

That all seems a bit harsh there, Anonymous (since the whole Scientology thing and others), is pretty damn famous, as well as 4chan etc (Unfortunatly).

Also as a writer you should really define terms which everyone might not be familier with, it would be discrimination to PRESUME that everoone knows what lulz is.
Finally, how the heck are you suppose to talk to Tom?! He probably gets a bazillion emails a day!

Anyway, why don't you submit some then
L

I would agree with TheRandom. The article is about internet personalities, and anon does have a fairly large one what with the Habbo raids and so on.
also, the entire point of the title is that onine fame is "fleeting" in itself. after all, there are pleanty of other internet people mentioned, and have any of them achieved the fame of the usual celebrity?
R

The rest of the article was very well written. Great job.
C

Please get your facts straight anonymous is not an "internet hate machine" or a cult they a merely users on a board who sometimes pull pranks on people, usually for good reason , neither are they hackers as most of them couldnt hack there way out of a cardboard box.

I gotta say, naming /b/ is never a good idea.

The majority of anonymous are not hackers, but when labelled as such, propagate the idea to the foolish. I'd like to like The Escapist and its readers are a little above foolish. You may notice some minor backlash. (The full credo frequently ends in "Expect us." as of late.)

The Maddox stuff is certainly interesting to see.

I'd never heard of Maddox before reading this, but I have to say his site could really do with some attention from a designer - it looks terrible (come to that the content isn't much better).

The topic of the article seems like an interesting one, but I'm not sure it really got properly explored here. For example: differences between unwanted fame (Claire Swires, Star Wars Kid), welcome but fairly random fame (Leeroy Jenkins etc.) and fame arising from some business or marketing activity with a viral aspect to it (Tom Anderson etc.). Financial aspects? Privacy issues? Will this all change in the future as people become more accustomed to the internet?
S

I have to agree Jordanday and Dom Camus.
This article makes me say: "meh".


Annoying, considering this issue of the escapist only has 4 articles.
K

"Seriously. You can't un-see some things." -- I'm pretty sure you can't un-see anything, not just some things . But that line reminded me of my all time favorite Stephen Colbert/Mr.Noblet line from "Strangers With Candy" - "You can't unfry things, Jerry." so very, very true.

Otherwise I'm pretty much happily in the dark about everything in this article, I have never heard of any of the people/things mentioned. As far as I'm concerned I'm the only person on the internet, and you are all just figments of my grand imagination.
C

I'm going to hate myself for making this post, but I just sort of feel like I have to.
As it goes, I find myself agreeing with the comment that jordanday made, though I found them just a wee bit harsh.
I seriously question the amount of effort put in to creating this article, but the part that really convinced me to even leave a comment was your portrayal of 4chan.

Speaking as a regular poster over at the chan, and at risk of sounding like a prick, I would say that I'm fairly well versed in the way things work over there. Anyway, as it stands now it wouldn't be incorrect to refer to the random board and the rest of 4chan as two seperate entities. /b/ is where you'll find most of what you mentioned, while the rest of the site is full of relatively normal people. They're all assholes, that is certain, but they at least have a sense of pride that prevents them from partaking in "hacking" (the quotations mean I'm using that term really freaking lightly.) Also, 4chan doesn't have an /i/ board. (you may or may not have said they do, I just can't be arsed to re-read the whole damn article.)

Finally, and this is in no way meant to lesserfy or argue with the article, but I've never fully agreed with the whole "cult of incognito" thing. Rather than a place where people can be the monsters that they truly are, I've always taken the more upbeat approach of believing that the anonmity provides a safe place where nerds with poor social skills can express themselves without the fear of a lasting backlash.
Really, I could discuss the psycholgical aspects anonymous for quite a while, but that's not really the reason I made this post. In the end the point of this literal wall of text is that I don't think people who haven't really experienced what happens over on the chans should be writing articles that would portray them in a bad light. Even if they deserve it.
C

im not sure thats totally fair- after all, how do you know Richard thomas isnt an Anonymous himself
I

Dom Camus said:
I'd never heard of Maddox before reading this, but I have to say his site could really do with some attention from a designer - it looks terrible (come to that the content isn't much better).
Click to expand...

It's a throwback to 10-15 years ago, which shouldn't surprise you given that the site itself is ~10 years old. I wonder sometimes if modern web design isn't too focused on making things pleasing to look at rather than simple and functional.
T

I'm not as put off by internet popularity as those that seek internet popularity. I have a friend that is an exceptional writer, but his insecurity and desire to be admired/sought after by the "people" of the internet has him wasting time on YouTube videos, Xanga, and Facebook. Instead to spending his time, using his creativity to write, he's skittering about the super highway looking for an opportunity to be that flash in the internet pan. To him it would be worth everything to be known as a has been, than to never be known at all. 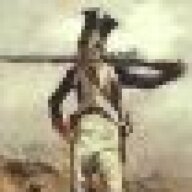 Oh dear. I really expected a lot better of you escapist. Even I could write a better article than this standard internet phenomenon essay. The least you could have done in this meandering mass of disconnected paragraphs would have been to further explore the theme of anonymity revealing a person's true personality.
Show hidden low quality content
You must log in or register to reply here.
Share:
Facebook Twitter Reddit Pinterest Tumblr WhatsApp Email Link
Top Bottom