"Until recently, Japan's music scene was viewed as quaint and delightfully out of touch with more 'mature' Western trends. The first image most people get when thinking of music in Japan is a group of Stray Cats wannabes with slick pompadours, or maybe some strange novelty act spouting broken Engrish phrases and wearing funny costumes. ... But lately their underground and indie rock scenes have exploded." 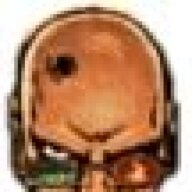 No mention of The Mad Capsule Markets? Shame, Zac, shame!

a interesting article but how could you not mention Yoko Kanno (and the Seatbelts)? she only did the music for Cowboy Bebop, Escaflowne, Macross plus, host in the shell - Stand alone complex (both series) and loads more, not to mention her game, film & Jpop compositions.

Ok she may not really be rock n roll but she has had a huge influence and is now very well known outside of Japan.
S

I don't like to generalise, but Japanese music makes me cry in sheer agony.
T

Like any culture the music varies in quality. I've heard some of the stuff mentioned and honestly and while it's okay, I don't expect it to break into the English Speaking World.

Truth be told, for real mainstream success you usually have to speak the Language. More Japanese probably speak fluent english as a second language than Westerners speak Japanese. It's very rare when songwriters and singers can produce well in more than one language, and I just haven't seen anything that has come out on that level in English from a Japanese band, which means most of them are probably stuck as novelty acts.

Not to mention the fact that the Japanese take themselves too seriously on some levels, and a lot of it's people aren't willing to start on the bottom so to speak. For example I was reading some stuff years ago about how the anime "Macross 7" wouldn't make it to the USA because of issues over liscencing the music. I guess the guys doing the music thought that they were so hawt that to be treated just like any other Anime soundtrack would not only be unworthy, but also cheat them out of money. Having seen fabsubbs of these honestly I can't see the guys performing the music going anywhere in the US.

Given that they aren't being invited on a large scale (a few clubs aren't large scale), pretty much means you'd have to have some of their absolute best master english, come to the US in a huge gamble, work here at the bottom of a music label's experimental list (giving up their Career in Japan to compete in the US) and then maybe one out of fifty people who did this would be able to succeed due to the shark tank that is our industry.

Then of course there would probably be issues about content, since anyone doing this would have to be non-political and non-offensive especially given where they are coming from.

It's sort of like how people have been screaming for years that we were going to see this huge pseudo-mainstream invasion of Death/Black metal groups from Germany and such, that were going to show all of our metal guys and rappers 'how bad is done good' so to speak.

There are language barriers, business barriers, and then the simple fact that we're not going to let a Japanese person bash the US for the usual (insane) reasons, or let some German Death Metal group impose the screams of real concentration camp victims through
their music.

When an American goes and performs internationally, the thing is that there are enough people in those nations who speak english to fill up Stadiums for a few shows. English is the language of business, one of the most common languages for people around the world to learn because of our power as a nation.
B

what, no Blood Stain Child ???

just FYI, the one in the top right corner is a guy, not a girl. visual kei FTW!

Meh...another non-gaming issue, another article of absolutely no interest to me.

Is The Escapist trying to quietly turn into a "culture" magazine (I have no better term for this) or a Reader's Digest? If so, why not state it out loud?

Are you guys running out of subject matter?
The more of these The Escapist puts out, the less likely I am to come back to read the articles. Granted, you've got a healthy credit with me yet, but I hope this pattern changes soon.

Some of these articles may indeed be good... but they're not what I', here for.
A

sharp_as_a_cork said:
Meh...another non-gaming issue, another article of absolutely no interest to me.

Is The Escapist trying to quietly turn into a "culture" magazine (I have no better term for this) or a Reader's Digest? If so, why not state it out loud?

Are you guys running out of subject matter?
The more of these The Escapist puts out, the less likely I am to come back to read the articles. Granted, you've got a healthy credit with me yet, but I hope this pattern changes soon.

Some of these articles may indeed be good... but they're not what I', here for.
Click to expand...

Oh a bit of slight derailing can't hurt too much.

As another note, several of these groups are ace, no doubt about that, but still, I think that japanese music isn't for everyone. Kanno is more a japanese artist making international music, using a broad range of languages. There are extremely obvious inspirations, many from Europe or the USA, and it's not sounding too japanese.
There are several of these artists I didn't know, but get a look at Kiiiiiii, it's very typical of the kawai kind of style that seems just too weird in the rest of the world.
And yes, my god, the engrish. That kind of music would break into the USA, or even the UK?
Hmm...
Even pop music from Ayu and Tsuchiya, which I dig, owes me round eyes and strange faces from people who actually enjoy trying new stuff. Like WTF?

Usually, I like J-rock because it's not afraid of using rock styles from the 80s-90s with a modern touch. The guitar riffs are just too cool.
I mean, since they fully embrace it and still pay great devotion to such styles, it's much easier to do the same and be swallowed in.

Besides, many of them sound like bands playing for anime or video games themes. (Oh look, I've found a link with video games!)
But that's too focused on particular audiences. These audiences... you may find them outside of Japan, but what I mean is that they won't look like they're going to expand beyond their traditionnal niches.