A Shot in the Gut

"The few initial pot shots that struck my nameless, faceless virtual self manifested physically as a forceful poke in the front and back of the lower left region of my gut (presumably to replicate the lovely feeling of the bullets entering in one direction and exiting out the other). It's an odd sensation that - under more intense gaming circumstances - could prove rather startling if you didn't expect it. Within seconds I was getting hit all over. I even tolerated being punched repeatedly by a daft beast simply because it provided a slightly different impact."

Now this is cool. I definatly will keep my eye out for this in the future.

Sounds like a noval idea, though atm it seems more of a gimmick then something that would enjoy mass market appeal.

However, it strikes me that this product will never be able to appeal to everyone. If its stimulation effects are not powerfull enough, then it can be percieved as a bad thing. From reading this article it sounded like the reviewer actually enjoyed getting hurt because of the vests response. Thus give the anti-gamer lobby a new song to sing: a product that gives the user a pleasent physical sensation in response to & causing violence. I personally find this somewhat harder to refute. Im not a big fan of immersion in games because I like their detached, sensationally neutral nature; invoking an emotional but not physiacl response. If this vest, which it sounds quite possible to do, can be made to give the sensation of killing & being killed in a virtual environment feel physically pleasurable, I dont see that as a good thing.

But, on the otherside of that; if the vest gives too strong a feedback response, the resulting jabs will be a major distraction & annoyance, the actual sensation of pain will more likely simply cause the wearer to take the vest off & throw it on the heap of disguarded gadgets rather than be provoked into playing safer. Theres a seemingly very fine line in this case between somethings thats sellable to mass market, & acceptable to consumers.

If people are complaining about the Xbox 360's fan noise, wait'll they get an earful from the air compressor this vest needs. It's probably not nearly as loud as the industrial models I'm used to, but they ain't quiet.

Still, three cheers to the 3rd Space team for taking haptics that next step further in gameplay.

I would think various militaries around the world interested in virtual training scenarios would be very interested in this but speaking as a gamer, I wouldn't plunk down my money for this, as I rather like the disconnect for FPS, probably why I enjoy the cartoony feel of TF2 in comparison to say, a Rainbow Six game. 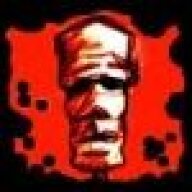 I've been waiting for this. I was overjoyed when I discovered a Laser Tag set that shocks the user via the gun when he gets hit, it adds a whole new dynamic to the harmless skirmishing when you can feel the impact, bringing it closer to the level of Paintball, without the risks. Aside from a heart attack, that is.

Unfortunately, I see only that the 'immersed' gamer will have to sacrifice efficiency in the name of enjoyment. Inevitably, the distracted player is less likely to win the fight. There's something to be said for the heightened reflexes fear might offer, when you fear dying more due to the physical aspect introduced by the vest, but the pro-gamer type will inevitably forego this in favour of b00m h34dsh0t.

I'd love to see them offer a box set of these for LAN gaming and splitscreen console action, and if they could shrink down the impact zones til we had closer to a hundred, dynamic shapes could be formed to simulate melee slices and shrapnel damage..
A

One problem is that gamers, especially the competitive ones, will not want any extra distractions or physical handicaps in a situation where milliseconds can make the difference between winning and losing. That said, I could envision a scenario where, instead of being used to represent punishment, the tactile sensation could be used as an additional form of feedback. Rather than acting as a penalty, it could enhance peripheral vision or directional sound with a physical tap. That is, a peripheral should enhance play, not detract from it.

That said, I've seen many quirky peripherals over the years, ranging from the electroshock feedback controllers to the gaming equivalent of smell-o-vision. (Burning tires, anyone?)

I would much rather go out and play paintball with my friends. We make sure that no one wears too thick clothes so that the hits actually hurt. Those circular bruises are pretty funny. In my opinion it would be a good thing to keep videogames simple and easy to access. Sports, exercise and real life games can remain separate. I like the idea of a videogame that is easy and fast to start and get into, without too many peripherals.

Although a Matrix-like virtual reality would be great and educational, I do not see that happening anytime soon.

This looks interesting. I'll see it when it gets released in Australia.
B

Miscellaneous said:
...be a major distraction & annoyance, the actual sensation of pain will more likely simply cause the wearer to take the vest off & throw it on the heap of disguarded gadgets...

... I wouldn't plunk down my money for this, as I rather like the disconnect for FPS...

...the 'immersed'(more hardcore, than immersed, seeing that this thing is all about heightening immersion) gamer will have to sacrifice efficiency in the name of enjoyment...
Click to expand...

The hell. What kind of half-assed critism is this? "Some people probably won't like it?" This thing punches you in the stomach. What kind of self-respecting gamer hasn't fantasized about virtual reality? This is the next step! This is the first time since force feedback was introduced that anyone's bothered to make a new move on the player's side of the game. Why in god's name are people whining about what some CSS nerd thinks of it, when this is a gaming revolution? Besides, this isn't pain. This is an impact, like a blow to the chest through armour, being hit in the side with a cushion, or a small airbag instantaneously inflating next to your liver. It's as distracting as the red flash onscreen when you get hit, or a rumble of the controller when you shoot.

Stop being assholes and notice how awesome this is. Sure, it'll be pricy, bulky, and simplistic, but so's everything at this stage. The hard part's over. In five years, this'll be as major a facet of videogames as rumble packs and wireless controllers. Or, y'know, surround sound. But still. This is a hell of lot more interesting than surround sound.
M

The origins of the technology are really interesting. However, what I would be worried about with the proposed helmet attachment is the possibility of losing brain cells. These game tapes rot our minds enough, so I'm not sure that anyone needs something punching them in the head. 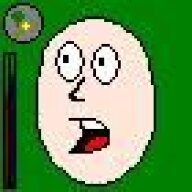 I like this idea and am definitly considering buying one, but it would have to be a console model as my computer is out dated and only plays old old OLD games (Yes, I meant to say old three times). Also, is the console version one-size-plays-all or a 360 version, a PS3 verison, and then a Wii version (Boxing would be hilarious, especialy if smashed!)? If it's one chest plate per system I'll just save my money up for a new computer and then the chest plate will seem all the better because it finally got me to upgrade my piece of crap computer. And can they make differnt colors/patterns, like dark green, or draw Link's tunic on it, or the Gears of War chest plate on it, or Solid Snake's new suit, or just make it interchangable (Don't ask me how) and make everyone happy. Also, I think a suit would way you down with a lot of extra bulk, but would be worth it to have a freind or non-gamer try it on just to laugh at them as they feel the impact of bullets on entering and leaving there body.
A

Others has said it before me, but i feel an urge to say it myself. This is downright revolutionary. While i can understand some people not being into this sort of thing, i'm one of those gamers who really value immersion. Seriously, i want one of these, and i want the possible full-body suit mentioned even more. The one drawback i can really see is that anyone wearing this kind of stuff might look completely retarded. But then again, what kind of gamer tries to get that total immersion thing going when there's other people around?

The only real drawback I see with this kind of innovative initiative is how this might be dangerous to some people; I for one, usually get very immersed in the video games I play, back with F.E.A.R, I remember jumping at shadows, or at the prospect of an impending sneak attack when fighting against those cyborg ninjas. Now, with this magnificent piece of tech, am about to feel the pain of getting torn to shred by a fragmentation grenade, or worst, shot in the heart or guts. If the feedback of the damage can border possible trauma, I really am worried that this might do more harm than good, but then again, my fears are not really justified as it's only a work in progress tech at this stage. 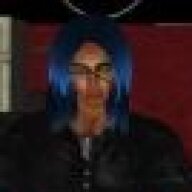 I want one of these. I think it'd improve realism a great deal. Also, if they make the impact hard enough, it should help as some kind of machoistic training tool... (If you like that sort of thing)
D

I really like the idea of this being a full suit. If it showed locational damage, it could be very cool to use as I'm sure the bit about people using this and unconsciously dodging with their real body is true. You know, with a few additions, this wouldn't be too far from actual VR. A few spring loaded coils of cable at boths sides of each joint could tell how far you have extended your arms or legs, and a see-through heads-ups display could project enemies and obstacles. To have it include real objects, tech similar to an eye toy (that silly gimmick) could get you close. You know, it recognizes an object with a rangefinder, then makes a guy jump out from behind it or something.

Imagine going to an old warehouse and playing war with your buddies where you fight soldiers, tanks, planes, you know whatever. Just make sure you remember where you are and don't run out of the park and into the street.

Of course, you could always play paintball or airsoft, but that only gets you so close and you potentially damage property or leave trash.

As for the existing technology, I imagine this can get quite pricey. It's fun to show this kind of thing off, but would you really use it all the time? Plus, there's the nerd factor. What I mean is, you think it's totally awesome, then you show it to the wrong person and you catch crap for the rest of your natural life.

If you could use it in every game that comes out, I would totally buy one though. Peripherals are always a tough sell for videogames, so companies are hesitant to include support, due to added expenses.

Nintendo power glove anyone? Seen anything even close to that come out recently? Didn't think so...