157: The Age of the World-Builders 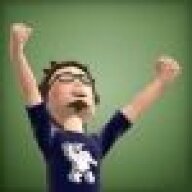 The Age of the World-Builders

"I had just entered the world of Morrowind. I had enough problems without this guy in my face, whining about his stupid ring. One well-aimed arrow shot later, and I found myself squatting in his secluded Seyda Neen cottage. But it wasn't just somewhere to keep my spare weapons and armor. I found myself decorating. I kept the place clean. It was my home.

"That's when it really hit me: This wasn't just some level in a game. This was my vacation home in a digital environment."

Excellent read. Reading developers discuss their craft is still one of the most surreal experiences for a gamer.

I'm glad to see them discussing the idea of creating a place, like the farmhouse in Oblivion, as opposed to a level or dungeon. I remember Miyamoto said the same thing while they were designing Super Mario 64. First they'd say they wanted to have a snowy mountain. Then they'd think up thinks to do on the mountain. Then they'd make the level.

"I truly believe that all video and computer games boil down to 'what's the next eye candy?'" Hensley says.
Click to expand...

I agree, but replace 'eye candy' with 'experience'.
J

well done article. i have a question though, who are you? all the articles have little comments about the author at the end of them except this one. please ad that.
D

An interesting read, but all you're essentially saying is that as technology has improved, developers are able to create more realistic and interesting environments. I'm disappointed that you've just stuck to RPG's and (of all things) MMO's. I also disagree with the early quote regarding characters: in MMO's especially, the character is treated more as a vehicle for traversing the game world, and most certainly are not a "character". Perhaps this is different in the CoV/H games, where customisation actually counts for something.

There's more to world building than terrain and architecture, and Oblivion is one of the games that I think just didn't have that extra *something*. Something that makes you feel like you aren't just increasing your character's stat block as you hunt down orcs, or as you venture into the mountain cave, that you're trying to take down a dragon because it's actually important to do so, and not just because you want the next epic armour piece in the item set, or the XP or quest reward from the (usually completely static) NPC you found.

Fallout (the original), now THAT had something. Lots of games have it. I think even GTA 4 has it, and is one of the titles that would have been a better example.

But as a rule, MMO's don't, and (in my opinion) nor does Oblivion.
D

Hi an interesting piece but I do have one qualm, you describe Oblivion and some other RPG's as an MMOG, what does this abbreviation stand for? If it is a shortening of MMORPG then than is Massive Multiplayer Online Role Playing Game and alot of the RPG's you have described while being Massive are not Multiplayer or Online.

If I've got the wrong end of the stick here I do apologise but I am a stickler for the correct use of acronyms.

[edit ignore this comment I miss read that bit on the first page where you said 'an MMOG, a game like Oblivion' to mean you were reffering to Oblivion as an MMOG]

I got quite confused halfway into this reading. What is this article all about? Is it about "how awesome technology really is" or the people behind games? When I started to read this article I was expecting something about modding groups, Aurora junkies and other "world builders" who really do that, not just some "oooh, shiny!"...

"I truly believe that all video and computer games boil down to 'what's the next eye candy?'" Hensley says.
Click to expand...

I truly believe that if this trend keeps up, I'll stop playing games altogether. I agree with L.B. Jeffries, I don't want eye-candy, I want FUN! Most of the time I don't really care how a game looks like if it's fun and entertaining to play. Hell, I even fire up some old DOS games from time to time, because they are that awesome! Shiny graphics are soo 2007. Take some lens flare and give some more experience, I say. Spore. Now that will be something awesome...
Show hidden low quality content
You must log in or register to reply here.
Share:
Facebook Twitter Reddit Pinterest Tumblr WhatsApp Email Link
Top Bottom