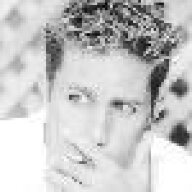 When does World of Warcraft stop being "just a game"?

I've seen this a lot. People won't associate with someone from the opposing faction, even in real life. I think it's stupid. Some of my best friends are Alliance. I'm Horde. Its not that I don't like Alliance, I just prefer the Horde races and quests.

Besides, on my old realm, the Allies were the ones ganking low level Hordes and camping their bodies. It goes both ways. It just depends on who runs the server. 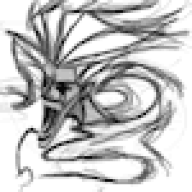 See I don't get this hostility thing.

I play World of Warcraft, i have nine lvl70 chars... one of each class. (I was unemployed and needed something fairly cheap to spend a lot of time on). All of them are on Horde, same guild, same server.

Now, certainly, I will endeavour to murderize the Alliance at every opportunity I get, yet one of my best friends plays on Alliance on another server. I don't hate him for it, or even despise him for having gotten further in the game pre the big nerf patch.

It may be that I'm just a mellow kind of guy. Or it may be that as the proud inhabitant of a PvE server, I didn't get ganked, much. I certainly got griefed by a lot of alliance, and ganked when they could, but... meh. I don't care. It's a game. In the end, what I want from it is shiny objects with which to cave mob heads in. I never gank lowbies; I want them to enjoy the game and have rose-coloured specs on so they can get to 70; only THEN will I endeavour to make them bleed from all bodily orifices... of which there will be forty six by the time I am through with them.

Hmm, wait a second. Gnomes. Them I really hate with a vengeance. The player may be Gandhi and be running around giving away flowers, gold and cake; gnomes must all die, regardless. DIIIIIIE gnome, DIIIIIIIE! Go back to Gnomeregan, contract leprosy and ROT IN DIGITAL HELL! 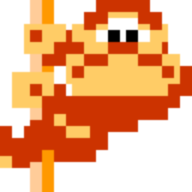 You have to be a certain level of asshole in real-life to treat someone different based on their faction choice for a video game. As much as I despise the opposing faction (I've changed sides a few times) while I'm playing, and occasionally have gotten riled up at someone on message boards, I can't recall a single time when I actually brought that kind of attitude to bear on a person in a face-to-face encounter. There is just no excuse to be a jerk to someone just because of a video game.

"But when he introduced her to some of his Horde friends that gathered each day between classes, they gave her a frosty reception. She tried to stay positive and asked for advice, but only got insults in return."

Then those guys are just douchebags and I'm glad I don't associate with anyone like that. If they are willing to ostracize someone for a faction choice, what other ridiculous criteria are they going to come up with to exclude people from their circle?

Hey, when people get into shouting matches and fistfights over which sports team they support, it's hardly surprising that people with some actual time and effort invested into a game faction might feel that way, or worse.

However, hating someone for being a different game faction is as ridiculous as hating someone for liking your favorite team's rival, and it belies some pretty serious insecurity. I have to wonder what sort of fragile ego a married professional has to have for him to throw his job and spouse around to make him feel better over a 20 year old college dropout that insults his game guild. That's not 'ganking someone in real life', that's being a defensive, insecure jerk.

That pretty much goes for most of your examples. To dismiss someone out of hand because of what amounts to a recreational preference is rude and bizarre.

It's always a shame for the people who lost their MMO virginity to World of Warcraft. I went into World of Warcraft without the same mind frame as you as "Realm Pride" is little to none in WoW. In fact, I would bet most players hate more people on there own faction then on the opposing one. Honestly, people who judge you in real life by what faction you play are tools. It's not like sports team where you root for the home team and hate people who diss your team as in World of Warcraft there are MANY different worlds, hundreds of servers and very few people play strictly a single side for there entire career on the game.
C

I can't imagine favoring one faction over the other anyway. I have over a dozen characters, of all races and classes. It lets me explore and experience everything the game has to offer. Why get caught up in silly sports-team style cheerleading and bashing?

And a side note: The article says "I'd played online RPGs before, but never an MMO." What does that mean? Often on WOW forums I've seen comments like "Go try a single-player RPG if you don't like WOW," but they never manage to give an example of one.

Not a solo-shooter, but a single-player RPG: ROLE-PLAYING game. Do such things even exist?

Stuff like this makes me more jittery than ever to invest so much into a fantasy world. The Myst games called this years ago: the behavior in virtual worlds will eventually spill over into the real one. Not literally (though part 3 was about that), and not figuratively. But when you have two places where you think and act differently depending on the place, then eventually those forms of behavior are going to overlap.
R

I see this as being quite similar to two boys playing war or wrestling. At first you're just playing, but as soon as the first punch is thrown, it becomes entirely real. It's difficult to separate pretend from real life. On the one hand, you can't always tell the difference between a pretend insult and a sincere one. At the same time, even a "virtual" insult stings in a very real way.

The parallel drawn earlier between sports teams and gaming is an apt one that can be taken even further. In sports, such as hockey, violence is often a strategic way of breaking your opponents concentration. However, it's hard to see it as just that, and it often results in an all-out fist fight. Even if it's just a part of the game, it still becomes personal.

I would say it's not difficult, but it does take a personal effort to not act the same way in real life that you might in a game. I mean, you wouldn't say that it's difficult not to attack someone with a sword after playing your warrior, would you? 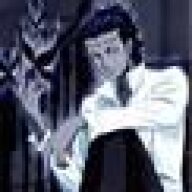 What...... I'm sorry but these people really need assisted suicide to wipe thier stupidity from our gene pool. It's a freakin game.

I would say it's not difficult, but it does take a personal effort to not act the same way in real life that you might in a game. I mean, you wouldn't say that it's difficult not to attack someone with a sword after playing your warrior, would you?
Click to expand...

I dunno, it sounds like some folks over in China would beg to differ. I don't think some grand plague is sweeping the land or anything, but the essay just made think. If personal prejudices induced in an fake world can spill into this one, what else can?
I

Nice take on the whole faction differences. Not being able to speak to each other is such an awesome thing. Can't wait to read more of your articles.
A

I've played WoW since day one (and EQ and DAOC before that) and have many friends and family members ranging in age from 14 to 55 who play. No one I know would behave like the people in that article. It's ridiculous that people would snub someone in real life because they play the other faction. In my experience, people are pleased to meet another WoW player because it's fun to share experiences. Maybe some people have trouble separating cartoonish, completely fantastic games from real life, but no one I know does! It's a game with orcs and gnomes and magic spells: if you can't separate that from real life, you're kind of delusional. I think the article gave a very biased and unrealistic view of most MMORPG players.
S

I played WoW off and on for two months, getting to a "high level" as determined by the system. I decided to play Alliance on one server with most of my friends, and played Horde on a seperate server with fewer of my friends. I can't say that both sides were completely hostile towards one another, or that they were all "lets be friends" either. There are extremists for both factions.
I think the article did an accurate job of portraying a standard player. Starting off at a low level, Horde/Alliance would come and slaughter/camp my character for a good 10 minutes at a time. A month or so later, I was staking out areas for the opposite faction to wander into so that I could camp them. It just seems that the COB will never fade, because there is always someone who is out there to just camp people, whether it be the WoW veteran player, or the newbie. Also, age does not a whole lot to do with the maturity of people, although it is a factor.
M

Yeah Ive played the Trial version of WoW for 2 weeks free(lucky me), once i got my LvL up i went questing with a new friend and we were both Allience.

Both of us were LvL up in the snowy pecks when a LvL 70 Horder came riding over swinging a Big Axe over his head.
I ended up eating snow as he/she was making insults about my Mum and dancing on my grave.
Then he/she went to hunt my friend down (who was legging it to the nearest town) and made him a bloody mess.

I had characters on both sides as well and i followed one rule : Dont attack me, I dont attack u 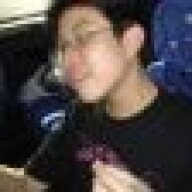 This reminds me of when my ex-guildies told me about their encounter with hordies while picking up their TBC at the launch in NZ.
Basically what happened was this.

They were queuing up and were waiting for quite some time and these bunch of friends in front of then said hi. They continued talking and pretty quickly discovered they were from opposing factions but it didnt bother them. It bothered their guild leader though. From these bunch of hordies their guild leader actually forbids them from making alliance characters. On any server period. These guys had alliance characters and told my guildies not to tell anyone that they did or they'll get gkicked.