Snatch is the type of film that you can watch over and over again, yet still take new things from it. There's so much to absorb, and I'm almost certain I missed major details that enhance the experience. Having so many interesting characters means there's always someone enjoyable to watch, although there aren't too many that they don't get enough development to their respective stories. This is how you create an ensemble film.

There are only a couple of major stories, but there are a ton of characters. The first story revolves around an 86-carat diamond, which is stolen at the beginning of the film, and changes hands a great deal as the film progresses. It's stolen by a man nicknamed "Four-Fingers" (Benicio del Toro), but he's not going to get to keep it for all that long. A lot of other people want it. This includes a couple of pawnbrokers played by Robbie Gee and Lennie James, a diamond dealer played by Mike Reid (who is getting it on behalf of Dennis Farina's character), a bounty hunter played by Vinnie Jones, and likely more characters that I can't remember.

The second story involves mobster boss Brick Top (Alan Ford), who more or less seems to run everything. At the moment, Jason Statham and Stephen Graham's characters are running an illegal boxing ring, and have to find someone to replace their former fighter (who was rendered unable to compete after Graham's character tried to buy a caravan from some gypsies). The focus on a man named Mickey (Brad Pitt), who was the one to incapacitate their former fighter. But he's uncontrollable, and they're unsure if he'll throw the boxing match like Brick Top wants. This is the simpler and most straightforward of the two stories (see how I could actually list some of the character names?).

The two stories, and their characters, constantly overlap. The characters in one will show up and wreak havoc in the other, and almost all of them will appear in one fashion or another. But having so many characters (and I haven't come close to listing them all) doesn't take away from either story. We cut back and forth between a ton of different groups of characters, and if you're not paying attention, you'll probably have trouble keeping up.

Writer/director Guy Ritchie wants an active and participatory audience with Snatch. You have to give him that, or you won't have a good time. Or maybe you will anyway, because it's funny and all of the unique characters will provide escapism regardless. But if you want to know the plot, you'll have to devote some brainpower to the film. I have no problem with that, and this also makes the film quite the rewarding experience, assuming you want to give it your time and attention

Ritchie also wants an active cast. There's a lot of energy brought to almost all of the characters. This helps the audience, and brings excitement to the film. Can you imagine a film like this played by monotone characters? Actually, that might be funny. Having every character played by a deadpan comedian in their most droll voice might work well. Someone should write this down! Regardless, Ritchie doesn't play that game, so he makes his cast play their roles with tons of energy.

The editing style also gives us an energetic feeling. There are a lot of quick cuts, lots of times sending us back and forth between two or more different locations, which allows us to learn a lot inf a short period of time. And yet, we still get enough time with these characters to care about or hate them. I liked a lot of them because they're witty and they made me laugh, which is rarely not endearing when it comes to me. But they all have struggles and unique personalities, so you'll probably easily find some favorites of your own.

However, if you're not paying close enough attention, you'll probably miss some big detail that will make it hard for you to figure out where we are in the plot at any given moment. When events happen in such a rapid succession, missing out one a couple might prevent you from following along with what comes after. And even if you do pay attention, there's a good chance you'll miss something. There are a lot of details and points in the film that you probably won't catch on the first viewing. This makes the film re-watchable, but if you're someone who doesn't watch films more than once (you heathen!), you won't get the full viewing experience of Snatch.

The more I think about Snatch, the more I like it. Sometimes, films vanish from your mind right after you watching them. Snatch wants me to reflect upon what it presented to me. Right after I was done with it, I thought it was a slightly above-average film. Hours after it finished, I'm finding myself thinking it was great. It's so complex, yet it feels simple when you think about it afterward. I can't piece everything together perfectly, but I feel like I watched something great. Take that for what it's worth.

I had quite a fun time with Snatch. It doesn't take itself too seriously, and it's chalked-full of ideas that keep you engaged for a little 90 minutes. This was a fun experience that gets better, not worse, the more I think about it. It has an energetic and exciting cast, fun situations, and a story that's worth telling because of the way that it's presented to us. Snatch is enjoyable and I'd recommend it as long as you're willing to give it your full attention.

If you are a fan of my reviews, and want to boost my ego receive notifications when new reviews are posted, please join/visit this <url=http://www.escapistmagazine.com/groups/view/2-50-Reviews>user group.
For an archive of all my previous movie reviews, please go <url=http://www.escapistmagazine.com/forums/read/326.284075-2-50-Reviews-Archive>here. 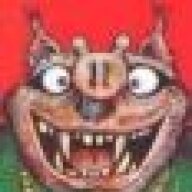 One of my fav movies, and I agree - you can watch it a shitload of times and it never gets old. 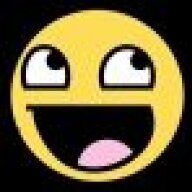 It's a great movie and I agree with your review. I watched it again and again and am still getting something from it. It's entertaining and a good laugh, no matter how many times you watch it.

I saw this movie yesterday and it was hilarious.Fun characters and a fun plot. Though I'm curious if you are going to review the movie that led to this "Lock Stock and Two Smoking Barrels."

ImSkeletor said:
I saw this movie yesterday and it was hilarious.Fun characters and a fun plot. Though I'm curious if you are going to review the movie that led to this "Lock Stock and Two Smoking Barrels."
Click to expand...

At some point, yep. I had planned on doing Lock, Stock first, but I ended up finding Snatch and then someone requested it, so I decided to just go with that. 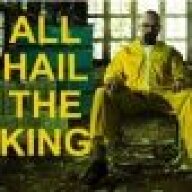 I love this movie and I love that you've reviewed it. The witty dialogue, the colorful characters, it all just works so well. But, in the 4th paragraph, I think you meant to say "they're unsure".
Show hidden low quality content
You must log in or register to reply here.
Share:
Facebook Twitter Reddit Pinterest Tumblr WhatsApp Email Link
Top Bottom