228: Playing the Hand You're Dealt

Playing the Hand You're Dealt

When most gamers think of mob gangs, they gravitate toward titles like Mafia and Grand Theft Auto. But one series has continued to offer a distinctly Eastern take on organized crime: Sega's Yakuza. Pat Miller looks at the original Yakuza and what its good-hearted gangsters suggest about Japanese culture.

A fascinating look at both this game and the Yakuza in general.

In addition to the lack of a RICO act, the perception of Yakuza as heroes or at least paragons of the lower class taking what they want from those above them probably means they're a bit more popular in Japan than the Mafia is here in the States.
R

I think this article hit the nail on the head when it said that the Yakuza games were more concerned with telling a story than actually simulating Japanese gang life.

The main character Kazuma himself is a perfect example of the "Honor and Humanity" the article describes as well as the romanticized pre-RICO mafioso that "How Games Get the Mob Wrong" criticizes. The circumstances of Yakuza's storyline however cannot be completely glossed over.

At the beginning of the first game the main character Kazuma is fresh out of 10 years of prison and totally cut off from his organization because he took the rep for a murder committed by a guy he grew up with - his brother for all intents and purposes (That's not a spoiler it happens within the first 30 minutes of the game). He's no longer a full-time Yakuza. The girl he babysits is the child of the woman who might as well have been his fiancee.

From what I remember, most of guys in that game shown stealing, extorting, and pimping are young kids who better exemplify the heartless modern mafia described in this week's articles. Compared to them Kazuma looks like an oldschooler enthralled to the old ways, and that's probably what Sega wants to make him out to be.

By the end of the first game Kazuma seems to have every intention of leaving the gangster lifestyle behind. By the beginning of the third game he's running an orphanage. The fourth game currently in development will actually star three playable characters in addition to Kazuma - one of them a loan shark, one a thoroughly corrupt cop, and one a mafia assassin.

The people who design these games have to make their characters accessible to a ordinary people. A disconnected, emotionless killer is not an easy person to relate to (for most people), so developers add 'good sides' to their protagonists to make it seem like they are fundamentally human and get players to enjoy being that character.
R

The Fukasaku movies are actually part of a 2nd wave of Yakuza movies, where all the protagonists are pretty much grey or ambiguous. Before that, there is a long tradition of Yakuza movies where the main characters are code-abiding brothers-loving elders-respecting gangsters fighting against less respectable gangsters (it's often old school vs new school) or caught in endless moral dilemmas. The Yakuza serie of games, in its representation of the yakuza world, is more of that earlier tradition.

That said, there is an healthy dose of realism in the games, but somewhere else. For me, the serie is really about puting you in the shoes of a guy that has the ability and freedom to raise against social parasites. You spend the whole game encountering thugs, scammers and grifters and the wide spectrum of schemes they try to pull on you and others is simply astonishing and ring too true for comfort. The realism is in these situations. Then the fantasy begins with the viceral combat system really there to be cathartic, to help the (japanese) gamer evacuate his frustration of having to deal with these parasites in his everyday life. Who else than an old-school yakuza could be the man for this mission? 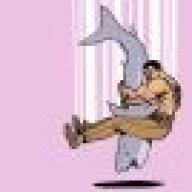 I was hoping for a grumpy old Japanese man, personally.

I was hoping for a grumpy old Japanese man, personally.
Click to expand...

you both got it wrong.. only an angsty agdrogynous japanese teen with extremely spiky hair could do it..

Actually the Yakuza, while still admitedly a bunch of crims, are still tied into the social fabric of Japan. I remember after the last major earthquake the local Yakuza were there before the Government and hired private helicopters to ferry food and medical supplies about the place.

so thats what the article is about. Thanks for bringing it to light Funk, something of interest to read on my lunch break. \o/

While the Yakuza may hang in this strange "gray" area in Japan, there still criminals in other countries.

Part of me wonders how much of this business happens on their native soil. Perhaps that is the reason for their popularity. They keep the bad away at home, but delve into it elsewhere because there aren't any Japanese people...

I've only played the first game, but in that it seemed that Kazuma was the only Yakuza really romanticised as a morally discerning, decent person. All the others were thugs or power hungry bosses. I noticed at the time of playing that it completely ignored the seediest activities they engage in. I'm glad of the historical perspective this article gave me though, as it's helped me understand something about the Yakuza as guardians (which Kazuma acts as often).

I'd agree that the plot was the game's focus, rather than providing a representative picture of the entirety of Yakuza activities (although I appreciated what it showed me about the Japanese crime underworld). But is it completely beyond plausibility that a Yakuza turns against his own organisation, especially when the entire organisation has turned against him? Although it's a dangerous move without the extensive legal protection other countries often offer. 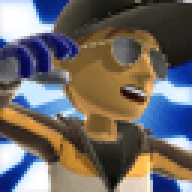 I don't see the real surprise in the fact that gangsters do bad things but this isn't represented in representations of them. The whole child exploitation thing is horrible, but gangsters are often scumbags -so what? There is always a romantic image of gangsters, whether they are yakuza, mafiosi, or whatever. It's part of ordinary people's desire to fantasise about break rules.
Show hidden low quality content
You must log in or register to reply here.
Share:
Facebook Twitter Reddit Pinterest Tumblr WhatsApp Email Link
Top Bottom