299: Casual Gamers Are Better Than You

Mantonio said:
My immediate reaction after reading this was 'Well fuck you too buddy'. I feel like I'm being attacked.
Click to expand...

Interesting that you say that, because it makes you sound like you identify yourself in what he's saying.

You should probably note that:
a) the article is quite tongue-in-cheek.
b) he repeatedly states that he's not saying anyone is a bad person for how they enjoy games.
T

Well I've put in probably over a hundred hours on "Skyrim" all told, and still consider myself a "casual" gamer. And I don't see a contradiction there.

I will play anything that gives me enjoyment, stop playing it for weeks (as I've done with Skyrim), then pick it up again. I've played indie titles and mainstream hits. What exactly does that make me on this scale?

The biggest delusion here is that there's a set "core" gaming group, as compared to a "casual" gaming group. Where are these so-called "core" gamers? I've never met one. And my social set, without wishing to imply negative connotations, are the biggest group of geeks, nerds and techies that I can imagine. 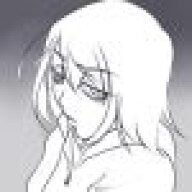 "Casual" games are not "indie" games are not "innovative" games by default. What does that mean? It means that a casual game isn't automatically innovative, that an innovative game isn't automatically indie, and that an indie game isn't automatically casual. That might seem like an obvious deduction to you but think about what that implies. Casuals are still a market, and all markets are fated to be tapped like dopey consumerist mineral veins, so as time goes on we'll see those casual gaming trends being milked to death just as we've seen in the, quote, "hardcore" scene. Regenerating health versus limited actions per day. Lacking single-player campaigns versus "Tell all your friends to play and you'll get free stuff!" mechanics. CoD and Gears clones versus endlessly recurring iterations of rhythm and minigame-collection party games. I will say, however, that casual games, casual gamers and the entire casual market should not be underestimated as a tool for expanding interest in the medium and for taking (stupid) risks that seasoned veterans wouldn't dare to, bless their naive little hearts (and I mean that, I almost envy their optimism). Just don't assume that your gran is going to be the deciding factor behind the creation of the next "gaming work of art". These noobies are just as likely to buy a game in limited print with strange, stylized box art and little word of mouth backing it up as any of you. In other words, chances are the average FarmVille player wouldn't be too keen on Braid.

Just remember: All those games that you love that no one bought? Psychonauts, Beyond Good & Evil, Earthbound, whatever you can think of. No one bought them, casual or hardcore, not because those games were original IPs but because they were weird ones. Just look at what happened with Scott Pilgrim vs. the World. People will always be people, shitty generic tastes and all. No amount of social gaming or motion control "innovation" will change that, and really will only exacerbate that truth. Justin Bieber will always be a god amongst tween girls so long as he remains an androgynous sellout (kidding... mostly). So, as far as artistic merit and creative endeavor go, no, casual gamers are not better than me, and neither are hardcore gamers, because they're both demanding safe repetition.

Pseudo-pretentiousness aside, I think it's important to keep in mind that "cores" aren't really abundant, they're just loud. If you ask me (like I know you will ), we all need to be more open to original ideas. They'd become more affordable if we'd let them. No more realistic shooters clogging up the local GameStops, no more sequelitis, no more DRM because games would be affordable and piracy largely unnecessary (though still rampant, just less so). Imagine a world where a GOOD game would run you maybe $20 USD, tops, and be worth every penny. Wouldn't that be a nice world to live in? And maybe then cores would leave the casuals alone. And by "leave the casuals alone" I really mean "stop ranting incessantly about casuals", because really, what can a teabagger actually do to a Sims fan?

You can let your eyes rest now.

=/
this has failed to convince me
its poor attempts at logos fall onto sales figures with no backing, and percentages with also no backing.
its ethos is terrible, while the author tries to identify himself with the audience( escapists) with his recollection of the kinect, it only furthers the already prominent idea that the author's opinion is biggoted.
as for pathos, none of it appeals to the target audience.
all i can get from this is that its a failed attempt at a shock essay.
3/10 try again. 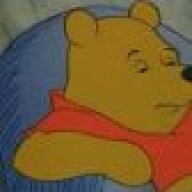 kayo of the Well

I have asked this many times, and came with different answers, and I will ask again.
What does the game industry, or rather the videogame community in general consider a "hardcore gamer" and a "casual gamer"

Like, I'm still trying to figure that out.
Is it based on hours clocked in on a daily/weekly/monthly basis playing games?
Is it how experienced they are with the game?
How many games they have?
How passionate they are?

What exactly is it?

It is almost universally agreed upon that the Wii managed to garner a lot of the "casual" crowd. However, as far as I am concerned those people aren't casual, because beforehand they never touched a videogame in their life.

I for example consider myself as a causal player. I don't clock in untold hours into a videogame on a daily basis.
In fact I haven't played a game in weeks.
However I'm not "stupid" as the industry wants us to believe. I didn't need the leveling system in Skyrim dumbed down for me to understand.

This just always confuses me. This "market" has already existed. Heck, there are a lot of staff here on the Escapist that are "hardcore" by definition, but are more than happy to discuss new and fresh ideas in gaming.
Show hidden low quality content
You must log in or register to reply here.
Share:
Facebook Twitter Reddit Pinterest Tumblr WhatsApp Email Link
Top Bottom