Duncan Jones' Moon may seem like a harmless little indie film, but it's a real tearjerker. 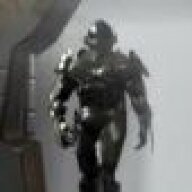 I remember watching the movie for the first time. I actually didn't know anything about, just that it's good.

I have indeed cried.

Moon was amazing but I didn't cry at all.

Spectacular movie. Very different from the same old, same old. Now I have to try to see that Europa Report.
F 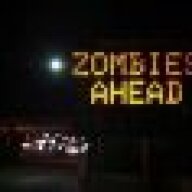 Probably one on the saddest parts is one of the voice overs at the end. A Fox News-sounding reporter is ranting that the Sam that made it to Earth is a liar or loon and should either be ignored or, if I recall correctly, put in prison. The fact that who's implied to be a major news personality (and probably with no evidence of his own) is siding with the corporation speaks volumes on how hard Sam's first few months or his whole life will be. He may very well spend his entirety of his short lifespan fighting corporate heavyweight lawyers, with his only support being sympathizers and their donations, only to finally expose them when the signs of him dying become apparent.

I also think they left two things ambiguous. (It's been 3 years since I watched this gem. Of course, I forgot If they really did it with both or just the AI.) If Gerty was just a simulated AI, I'd like to think that it was just the shoddy programming of a cheap, profits first corporation that allowed him to get around any instructions to stop Sam from doing "unprofitable" things. He also said his main job was to help Sam, so that suggests either what I just said or the full blown AI with the ability to make its own choices. I like the full AI theory more than the "rewrote its own programming" deal, as it suggests kindness even from a machine made by Evil Inc. rather than space magic in a very hard scifi film.

The other one is what position was the original, uncloned Sam in. Did he know about all those clones and volunteer his own DNA for quick clones and his family to record 3 years of messages to trick the clones? If so, would he support the one that made it back, or is the corporate moolah still blinding his ethics? What about if he was up there 3 years and didn't know that he was a template for the clones? If it looked like he might help the clone, would the company try to silence him some way? They aren't above murder. They just have to get creative when eyes are finally on their target. These questions really make you think "How would a real life company treat a similar situation?", and it hits home hard how something like BP would probably spends millions to cover it up, rather than face the world.

It is! Just added to my queue, thanks!

Moon was a spectacular movie with a freaking awesome overlooked soundtrack


This song gives me the chills?every?single?time.

Moon is an amazing movie. Europa Report is not. The documentary portions look jarringly fake and are horribly acted, and the plot is so obvious and by the numbers, I won't spoil anything, but let's just say that every space exploration sci fi movie cliche occurs and the movie ends in the most predictable way possible. Just terrible to have it next to Moon, Moon is just on completely superior level of film making.

I guess I went into Moon with too much hype because I was somewhat underwhelmed by it, the reveal of the cloning was hardly mind blowing and it's been done before. Hell, Micheal Bay's The Island does more with the concept, having the clone actually meet the original. I suppose in retrospect I should give it more credit, hype can screw with your impressions.
M

How do you know a movie is that good?

It's when a roof-hanging emoticon-only covered-with-insulting-postits steelbox of a robot shows more humanity and emotions with one movement of his sole mechanic arm than the entire set of top hollywood actors.

Remember Transformers? Knight Rider? Astroboy? The Iron Giant? T800? Agent Smith? Bishop? Marvin?
Who cares about stinkin mankind?!
We want AI.
We want robots.
And we like them full of flaws and nuclear weaponry.

mtarzaim02 said:
How do you know a movie is that good?

It's when a roof-hanging emoticon-only covered-with-insulting-postits steelbox of a robot shows more humanity and emotions with one movement of his sole mechanic arm than the entire set of top hollywood actors.
Click to expand...

Are you talking about the part when he puts his robo-hand on Sam's shoulder?
Because oh my gosh was that moving.

Moon is my favorite movie ever and I like seeing it still get in-depth reviews like this, well done.

That was a good film... I have to watch it again.
And yes, I cried. Seems to be a thing for things with Moon in the name, like To the Moon.
T

To me concepts like this actually raise more questions than they really answer. I'm not a big believer in not using technology or knowledge for moral reasons as I believe you can usually find some work arounds and that the big picture matters. That said it occurs to me with concepts like "Moon" and "Blade Runner" that if they have the ability to program artificial personalities, it would be a simplistic matter to simply render the being capable of understanding it's nature and content with it's lot in life. Something that seemed to be overlooked in both this concept and in "Blade Runner". Similar to the whole "Hitchhikers Guide To The Galaxy" joke with self-aware food beasts that actually want to be eaten and make suggestions, but a bit less morbid. I look at things like "Star Trek Voyager" and the Ocompans (Kes' race) who had a very short lifespan and simply came to accept that because that's how it was.

To me it seems a lot of techno-horror/techno-thriller stories seem to begin with the people setting up the technology being stupid and malevolent for no particularly good reason.

But then again I'm also a big believer that humanity would be able to co-exist with artificial intelligence with minimal problems (more Daneel Olivaw than Skynet) and that there is a lot of potential in bio-technology including the possibility of growing organic devices. When it comes to cloning, gene modification, transhumanism, and all of that kind of stuff I'm 100% in favor of it, granted there needs to be some thought in safeguards, but I get tired of scared old men and handwringing moralists with the wrong kinds of imagination striving to put knowledge and technology entirely off limits, to me that's destructive and backwards. I think "Moon" is one of those stories where yeah, the set up is pretty evil, because really the people doing it would have to be evil douches doing wrong for the sake of doing wrong (Snively Whiplash villainy) to set things up that way, no real person with access to that technology wouldn't have altered the clones appropriately. Not to mention that I'm still not entirely sold on them not being able to do the job with robots maintaining other robots given what you saw of Robo-Spacey and it's overall capabilities.

That said an amusing high-fantasy version of the same basic concept is the old "Four Lords Of The Diamond" series by Jack Chalker if I remember. A series which uses the concept of a super-agent cloning himself to send the clones on one way suicide missions to inescapable prison planets, each one which wakes up thinking it's the original and goes "oh damn" when I realizes the truth, each of which diverges in it's own story and leads to some interesting moments in the eventual series climax. It probably explored this basic idea in a lot more depth than "Moon" ever did.
M

I loved the crap out of Moon, but I have to take exception with the first line of this review: "This superb independent film, along with Europa Report, shows that intimate low-budget space films can surpass the blockbusters in terms of heart and story." Europa Report was a sci fi film ruined by an attempt to exploit the hopefully soon to be dead trend of the direct to dumpster found footage horror genre. Like all total shithouse found footage films it features all of the following flaws: a cast of forgettable flat one to two dimensional characters, inexplicable character decisions that exist solely to create tension and drama in an otherwise empty shithouse script, an empty unsatisfying ending, awful plot pacing, a long ass exposition dump at the beginning that would put Hideo Kojima to shame, and of course long uninterrupted wide shots in flat angles with some shit looking security cam filter put over it. It is the antithesis of a good film. It is not clever, nor subtle, nor satisfying. It is a low budget buffet of sand and pigshit. I can't stress enough how dreadful that movie is. It doesn't even belong in the same article as Moon, let alone the same sentence. Unless that sentence is, "Unlike Europa Report, Moon is actually a really great low budget sci fi film that is in fact a sci fi film." To make matters worse it is packaged and marketed as some spiritual successor to hard sci fi movies like 2001 Space Odyssey or Apollo 13 when in reality it's just a cheap ass found footage movie shot with security cams over a few weekends. It is shallow and marketing wise a sleazy deception to say the least.
D

Especialy the scene where Sam leaves the Sarang perimeter and contacts his family was very moving.

I'll admit that I'm slightly surprised by this article and the comments. I genuinely didn't realise this was a film anyone was particularly fond of.

I saw the film a few years ago (it was on TV while we were staying at the in-laws) and I thought it was "OK". Nice use of a small cast and low budget. The gag with the computer using emoticons was worth a few smiles. But the film just didn't click with me on an emotional level, so by the end I was checking my watch and trying to guess how long it had left to run.