55: Cold Equations: The Death of a Game Company

"How hard could game development be?" Bruce Nielsen shares his first-hand experience at doomed game company Erudite Software in Cold Equations: The Death of a Game Company.
Click to expand...

Cold Equations: The Death of a Game Company
D

The last link on the last page (17) doesn't seem quite right.

Thanks, the byline was accidentally made a relative instead of an absolute link, should be fixed now.
D

30000 copies of a shrink wrapped game is certainly a problem but 30000 copies would be fine for a small company doing online distribution of games today would it not?

I see companies here in Japan selling online games created by 2~3 people plus a few contractors for voice. They put out about 1 every 5~6 months and sell around 10000 copies. At $20 a piece. That's $200k gross. I believe they are getting at least 75% of that so the company income is around $300k a year. Split by 3 people plus expenses it sounds like they are doing pretty well. Maybe not getting rich but making a living doing something they enjoy.

Of course they are extremely talented and now have a rep were their customers are always waiting for their next title.

I think the biggest problem is people not realising how much work it actually is to make most games. If you want to make money as an indie you're pretty much going to have to choose a very small, no resources needed type of game. 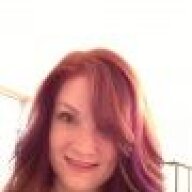 greggman said:
30000 copies of a shrink wrapped game is certainly a problem but 30000 copies would be fine for a small company doing online distribution of games today would it not?
Click to expand...

There's the difference that seperates the various genres of games. Selling 30,000 copies of the latest and greatest browser game would indeed be a nice acheivement to the small development company that produced it.

But selling 30,000 copies of a PC game in a retail store is disasterous by many developers' standards. And not only for the developer but for the retail store too. These boxes are taking up precious shelf space that could be holding the latest WoW expanision, which is guaranteed to sell, rather than your unpopular game.

It's all about ROI (return on investment) and whether or not you can recoup your investment into a project, preferably with a profit. So if you have 2-3 people, lets say 6 to be on the safe side, and are able to pump out games every few months the chances are good that they are making a very good profit with the level of time and money put into these projects.

Take an MMO however. There you have easily three times as many employees, probably more, and a timeline of years to make your game. There's a lot riding on the success of this game so when it comes out and sells a measly 30,000 that's a very poor ROI rate and so considered a failure.
Show hidden low quality content
You must log in or register to reply here.
Share:
Facebook Twitter Reddit Pinterest Tumblr WhatsApp Email Link
Top Bottom