"You can always watch your progress, thanks to the progress bar sitting right on your screen, and every challenge you encounter comes with a ranking and color-code. If a quest is too difficult, it's marked red, or it's not even offered to you; if a monster is much weaker, its level shows up in gray. Instead of letting you think you should take a wild swing and see if you get lucky, the game reinforces that you should tackle a challenge that's right at your level.

Gamers feel the most sense of accomplishment when they're always facing just enough of a challenge - as described by Mihaly Csikszentmihalyi's concept of "flow." You can credit World of Warcraft's addictiveness to how well it paces those challenges - and plenty of smart educational technologists beat and tinker with assessment algorithms, trying to accomplish the same thing. So, what if a game like World of Warcraft could be built around educational content - say, instead of killing murlocs, you're solving math problems?" In "Playing to the Test," Chris Dahlen explores the nature of educational games, and how they may be just what the educational system needs.
Click to expand...

Playing to the Test
B

Maybe I'm just old-fashioned, unimaginative, and desperately trying to rationalize the game-free-ness of my own education, but it seems that in a classroom setting, the only use of games that makes sense is as a textbook or a supplement to the textbook, interactively demonstrating and testing the concepts of the curriculum, to be later discussed and assessed with the instructor.

It seems to me that many people are expecting the software to do everything on its own, which is no more effective a method than handing students a book and saying "Here you go; the final's in nine months." And that's a fine method in higher education, where you're expected to do a lot of research on your own, but it won't do anything for younger groups.

The idea of "WoW meets Number Munchers" does not exactly instill me with confidence, however. Ignoring the extent to which WoW is already like solving a math problem, depending on the age group, it's just not going to be fun if you have to play it. The same cannot be said of all games, but MMOs straddle the line between fun and tedium, and adding a sense of obligation to it might send it over the edge. Particularly if it's handled in an inelegant manner.
C

Bongo -- I fully agree with you. Quality education ultimately begins and ends with the teacher (and a supportive administration, community, parents, government...). A smart teacher would use games as a resource to teach, but wouldn't be the only method for teaching a concept.

On the other hand some of my best learning moments involved non-electronic games. One was in 5th grade where the class was divided into teams which simulated the initial colonies of the united states. We played a couple hours a week. Not only learned a lot about what it was like back then, but teamwork within our group and diplomacy when negotiating surplus food from a neighboring colony. Our teacher was quite sneaky in placing this in the social studies unit on colonial America. Something along this line could translate well into an electronic medium.

[rant]One of the biggest struggles in developing and implementing curriculum is balancing learning content and methodology (or in the lingo -- lecture vs inquiry based education). Assessing the former is much more easy. We know and love it as the standardized tests. The only real good they do is make pretty graphs for politicians. Students almost never get their tests back to see not just how well they did, but what they got right and wrong. The other issue with standardized testing (and most multiple choice for that matter) is the ability to get something right just by guessing. That is not assessment.[/rant]

I think the main point of the article is not trying to make learning fun, but provide real time feedback and assessment for a student. With tests and normal homework a student doesn't receive any kind of feedback on how well they are doing until it is over and graded. I've had plenty of physics and chemistry test questions where I was flat out confidant I did everything write, only to find out I failed it completely and got half a point for effort.

Making a "game" with WoW and Number Munchers placed into the context of colonial America that also had trading and diplomacy while requiring teamwork might be a bit too much of a dream, but if such a game/lesson could be created it will ultimately be up to the skill of the teacher to turn it into an actual learning opportunity and not just playtime in the computer lab.

croxis said:
Making a "game" with WoW and Number Munchers placed into the context of colonial America that also had trading and diplomacy while requiring teamwork might be a bit too much of a dream, but if such a game/lesson could be created it will ultimately be up to the skill of the teacher to turn it into an actual learning opportunity and not just playtime in the computer lab.
Click to expand...

Was anyone else thinking Sid Meier's Colonozation [http://www.mobygames.com/game/dos/sid-meiers-colonization] when reading this? 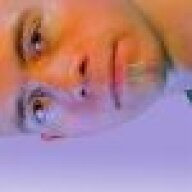 I think the most important idea missed by this article is this. Play is learning. The question of learning games shouldn't be how can we make learning fun. Learning is already fun. It is built into our cognitive systems genetically. The entire school system has unintentionally broken almost everything about our children's natural ability to learn through play. More on this can be found by reading about it from a teacher's perspective at johntaylorgatto.com

Applying this idea to games is simple enough. Our son, Elijah, never sees the inside of the zombie factory, and a large portion of his ?learning? comes from PC and console games. A lot of parents wouldn't dream of throwing Homeworld 2 at a four-year-old; however, my theory was that the fun of the game would spur the learning of Homeworld's complex systems like upgrade paths, 3d navigation, tactics, and teamwork. My idea paid off, and Homeworld 2 quickly became one of Elijah's favorite games. Racing to battlecruiser technology and tactical hyperspace jumps are his favorite aspects of the game.

My point is that educational games (with a few exceptions) are often the worst possible games to give to your kids. Full of boring drivel, the only thing they teach is a general mistrust of games. Your kids want to play what you're playing, so let them. When my dad showed me how to copy the floppies to get my own StarFlight 2 galaxy going, it was a turning point in my young life and lead me down the road to becoming a lifetime gamer and PC tinkering expert.

I've read the article twice now, and I can't get past the feeling that it's schizoid in a certain way: on the one hand, it advocates in-game testing; on the other hand, it advocates games in general as a primary, rather than a marginal, learning method. I think both ideas are sound and have very important implications in pedagogy, especially as a way of bringing boys back to a table they seem to be pushing away from.

But given the resistance to gamers and gaming in the current classroom dynamic in most schools, it seems to me that the second idea should be the one we try to emphasize, and that the first idea will naturally follow as games become more central to kids' classroom experiences.

The story I wish had been in this volume, and which I'd love to see in the future, is about the resistance, which seems to me to come from the deepseated erroneous perception that gaming is antisocial. I'm a teacher, and I'm deeply convinced that there is a social component of learning that will never be reduced away; thus, that computers will never take the place of teachers, and distance-learning will never take the place of classroom learning. I'm convinced also, though, that although most teachers, administrators, and parents perceive gaming in the curriculum to be that sort of experience that isn't what gaming really does.

TinPeregrinus said:
The story I wish had been in this volume, and which I'd love to see in the future, is about the resistance, which seems to me to come from the deepseated erroneous perception that gaming is antisocial.
Click to expand...

That subject would require an entire issue of its own. Luckily you won't have to wait too terribly long. Keep your eye on Issue 72, "Block Party," publishing in November.
C

Was anyone else thinking Sid Meier's Colonozation when reading this?
Click to expand...

You know I never played that game. Yes yes I know shame on me

Jacob, it sounds like you read A Theory of Fun. While I agree with you on all your points, I worry about the implications. While game and inquiry based education have many strong points it suffers in terms of ammount of content a student can learn -- this is worrysome in higher education. On counterpoint, with the body of human knowledge now doubling in less than a decade, its becoming increasingly important that we teach how to think critically so students can derive the proper conclusion. It is going to take a balance, somethings are best learned via games, others (such as the rights granted in th ebill of rights) would best be learned by memorization (but renforced by other methods than simple recall).

To those who care: Because of the article and the discussion here I am probably going to be doing my masters thesis in the use of 'games' and 'play' in science education. It will probably need to be more specific than that, but at least its a start!
Show hidden low quality content
You must log in or register to reply here.
Share:
Facebook Twitter Reddit Pinterest Tumblr WhatsApp Email Link
Top Bottom