"The problem lies in the Tao of Pikachu. Pokémon became so much more than a game. It became one of those ludicrous kids' phenomena, a Tickle-Me Harry Potter that inspired media hype and religious hate across all boundaries and creeds, that its soul - one man's dream encapsulated in a Game Boy cart - was forgotten."

Gearoid Reidy captures the essence of a good game gone bad in "The Tao of Pikachu."
Click to expand...

The Tao of Pikachu
T

I bought a DS about a week ago. Since then I've clocked maybe 30 hours, finding time to game where I previously had none. Big Brain Academy and FF3 took up the majority, then on a whim I bought Pokemon Emerald as I'd always been a fan of the series on emulated platforms. According to the in-game timer I've logged 18 hours in it in just 3 days. Pokemon isn't doing anything wrong by my eyes. It's a great blend of deep strategy and easy access to the beginner. If you start playing it today you'll be able to play and succeed without ever feeling led into a certain playing style. Battling competitively is another story altogether, the strategies that go into the planning of your team far surpass anything I've ever had to think about in any Heroes of Might and Magic game or RPG or even RTS. There are people who are BREEDING pokemon in the hopes of ending up with the exact blend of innate statistics that will allow them to raise them properly by fighting the right pokemon to create a real powerhouse. Trying to bring certain moves to bear in a baby pokemon through lineage by cross-breeding through many different pokemon. It's all rather impressive.
B

Pokemon has quite the following among the 18-24 male demographic. It's just almost completely underground, because of that very "it's for children" stigma. The older gamers are still playing it... just not where anyone can see them.

That kind of appeal and longevity, I think, takes even more than a compelling premise and a fun, I believe the article uses the term "sideways view of the world" sort of presentation. You sort of stop noticing that after you play it for a few years. People are still discovering what was probably visible from the outset: that there's some real meat underneath this franchise, some balance and depth that you would not expect from the collection emphasis and child-oriented marketing.

It is one of the best examples I can name of the process of finding a formula, and sticking with it, refining it and adding to it only insofar as it doesn't change anything.
D

Reading this, I can honestly say that I've really changed the way I look at Pokemon now. I had been rather disappointed with how the games were playing, and pretty much stopped buying them after Silver, as they started to get incredibly redundant. Bongo bill is correct in saying that there is an underground following of Pokemon, playing them, but outside of the view of others. I was surprised when the subject came up with a few friends, and in a corner of a classroom. One of my friends was rather well known to be very much an otaku, and had been very open about Pokemon, while the others I was rather surprised to hear from... then again, those other "friends" are underclassmen by 2 years margin.

I'm one of those people who were incredibly into pokemon, but became jaded by one thing or another (some jerkass stole a whole stack of Trainer/Elemental cards from me on the schoolyard in the 7th grade or so, and the people who witnessed the crime kept their lips shut; that sort of mentality that people experience firsthand is pretty much what keeps others from not being racist). Because I had become so jaded about pokemon, I eventually just started telling people that the reason why I wasn't interested anymore, and the day I would buy a new pokemon, would be the day that they would come out with a game that simulated the cartoon's action, making battles more dynamic and interesting to play, like Okami meets Shadow of the Colossus or something. But after reading this article, I can honestly say that I feel a bit of shame, and I just might reconsider buying the new DS one that's coming out to play with my otaku friend.

This is the kind of article that I both love and hate. It's a well-written piece of prose, and highlights a unique aspect of a previously-thought-to-be-well-understood thing, which is why I love it. I hate it because it made me realize that I was on the wrong of the assumption stick. In my mad treasure hunt for fun Nintendo games which I briefly mentioned in my article for this issue, I studiously avoided the ubiquitous (and cheap) Pokemon titles for exactly the reasons Reidy describes. I think I'll swallow that and give them a try now.
D

Pokemon really is a rare treasure of gaming that gets completely overlooked by the mainstream/hardcore/adult gaming media. To a large extent, that is only Nintendo's fault, and something I don't think the company really gives a crap about in the long run. They went after a demographic of gamers, and they experienced virtually unparralleled success with it. By doing that however, they marginalized those who might have played and loved the game otherwise.

I simply want to echo what Reidy says about picking the game up if you haven't tried it. I really forced myself to play it some years back. While I was a senior in HS I borrowed the original Red cartridge from my then 7 year old cousin, and logged over 50 hours in under a month. Without repeating everything that's been written, it's just one of those games that any discerning gamer should be at least familiar with.

I've played Pokémon, several of them, and found them to be fundamentally decent games. The thing that bothers me is that they started, and continue to follow, the trend of releasing nearly identical games in multiple versions that require having access to copies of both to get the full experience.

That might work out better now that the systems are capable of going online and interacting with other players without actually having to find one, but in the past it has been a trend that has really annoyed me.
A

I'm in the same position as Fletcher. Perhaps I should dust off my GBA...
B

I gave my Red cartridge to an aunt of mine, a real animation freak. She only stopped after beating it twice, and even then she only did it to switch to my Crystal game. It's nuts.
V

My girlfriend is a Pokemon addict, and has beaten nearly every colour game out there. Currently she's addicted to Pokemon Trozei, on the DS Lite I just gave her for her birthday. I found her response to the article somewhat amusing: "Oh, so that's why all the games have those weird bug catcher people."

I myself played some Pokemon back in high-school. I remember one week at summer camp where I simply couldn't put down my Gameboy. Fun times. I have the feeling I'm going to be sucked back into Pokemon-land soon: Now that I have a Wii, and my girlfriend and I each have a DS, I have a nagging suspicion that the upcoming Wii/DS cross-functionality Pokemon game is going to be a condition of the happy maintenance of our relationship. ;-)
G

Glad to see that this article has maybe gotten some people to look at Pokemon in a different light.

Re: Bongo Bill's post - you're quite right in saying that the game mechanics itself are what is responsible for Pokemon's long-term success. The game itself is both incredibly deep yet quite simple to play. I've yet to meet one of these underground Pokemon gamers...though I suppose I wouldn't know if I already had.

To be totally honest, I haven't actually thought much about buying Pokemon Diamond and Pearl which is out now in Japan. Perhaps I should take my own advice and give them a try. You never know, I might get hooked all over again...
T

LordCancer said:
They got caught up in the pokemon craze and trading pokemon between cartiges and stuff, but it never hooked me. I'm completely not interested in playing little kids with there furry little friends just not my bag at all.
Click to expand...

And there isn't a thing wrong about that. I'd never suggest that Pokemon was for everyone. It seems to me that people who see it as a kid's game don't get into it, and people who see it as a wonderful game world for collecting / trading / breeding / working towards things get into it. If the above things don't interest you, the computer battles certainly aren't tough enough to have strategic thinking value, and the only thing that would be fun (player vs players stuff) only really hits it's mark when you've put a lot of time / effort into planning your team. 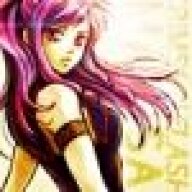 Heh, me and my gaming pals still hold Pokémon in very high asteem, and play it regularly. The magic of the first games is hard, if not impossible, to replicate. I must, however, say the same thing of Pokémon Colosseum. Truly fabulous.

Now, the degenerating quality and ingenuity of the series could certainly also be correlated with its now enormous popularity, as well with the fact that the games have lost attention to others parts of the franchise, also combined with increasing pretentiousness due to it wanting to appeal to other crowds, mostly such as an older one.

I find this part, the degenerative, to be of more importance and relevance than the fact that it has been (in an indirect way) badly treated because of its popularity, but in (taoist) essence it is the same principle.
I have been pondering this effect, but in a more general sense. As such, awesome article. ^_^
Show hidden low quality content
You must log in or register to reply here.
Share:
Facebook Twitter Reddit Pinterest Tumblr WhatsApp Email Link
Top Bottom