Item sets in Diablo 3 can drastically change up your play style. Here's a few of our favorites. 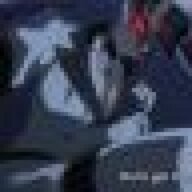 Still a huge fan of the Marauder's set. Having 5 turrets all firing my R1 everytime I do results in hilarious amounts of damage.

Natalya's Vengeance is still the best looking set in the game (well, except for that helm - and what is with the set helms? Vyr's Sightless Skull is horrible!).

Firebird's is so buggy in S5 that its intended purpose (damage stacking on big mobs) is completely lost - you're better off locking the 24-stack and then clearing out all fire skills, which is just stupid.

Uliana's Strategem was the first set that was built around buffing a build I actually use (Seven-Sided Strike + Exploding Palm). I'm a big fan of build variety - I'd rather 24 sets could make GR70 than one set GR100.