The Nintendo Switch is just around the corner. Here are 8 games to look forward to!

None of these look the slightest bit interesting to me.

You want to sell me a Switch, Nintendo? Show me something else. Something like F-Zero, or Wave Race or 1080. Show me Rogue Squadron on Virtual Console, Rogue Leader if you're going to be doing 'Cube games on VC. Give me games that aren't the typical Mario, Zelda and Pokemon.

The only ones that look interesting to me are Mario Odyssey and Zelda: Breath of the Wild. I bought a Wii U for the Mario games and I don't think it was a good idea. I'm not doing the same for the Switch, esp. considering all the news I've been hearing lately.

My 8 year old niece might get a kick out of these, they seem to be aimed at her age bracket.

OMG LOOK AT ALL THOSE PORTS!!!

There are better choices in my opinion, but most of them might not even have a release date yet.
But announced games like Xenoblade, FireEmblem, ShinMegamiTensei and Tales of ??? are games that would be on my list in stead of Rayman, Shovelknight and so on, mainly due to the fact that those are already released on multiple platforms. Yes you get all the DLC so it is the actual full game in those cases, but still.
There are also loads of reviews on snipperclips and arms, and many people seem to be saying that those are insanely fun games and are worth picking up.

Mario Odyssey seems to be the only original game here, all others seem to be ports or "remasters" of older games.

So the three out of the eight games are first-party sequels while the other five are port; Doesn't look promising to be honest.

So ... basically this list is all of the 'big' titles that have been announced so far? Or atleast well known games like Shovel Knight.
Nothing new or interesting?
A load of ports and the usual suspects.

Yeah, I know I sound cynical, but I really wanted to buy a Switch, and now, the more I see and hear about it and the way that Nintendo are handling it, the less I want to buy one and the more skeptical about the whole Switch and Nintendo as a company I become.

bluegate said:
Mario Odyssey seems to be the only original game here, all others seem to be ports or "remasters" of older games.
Click to expand...

Wow, people bitching about Nintendo on here? I'm in shock. 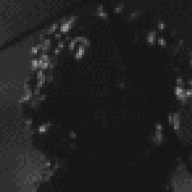 That's it for exclusives, at least. If I do pick one up, I'll probably end getting the Switch versions of Rayman, Yooka-Laylee, Sonic Mania, Steep, blah blah blah. My biggest concern at this point is "yeah, what else?" A new 2D Metroid? A new Donkey Kong Country? We aren't demanding them at launch but at least give us some idea of what you're cooking up.

So they are 'trickling out' releases to keep people 'invested' in the system. Might work if they weren't just ports.

Only thing I *might* be interested in is Mario city or whatever it is, but it can definitely wait till reviews because this could be pretty awkward. Also, Zelda looks like the only thing worth while. I'm just gonna hang out for:
-Bayonetta 2 ported or VC or whatever
-Animal Crossing (not New Leaf)
-actual new Mario Kart
-Fire Emblem
-and possibly Monster Hunter.
Show hidden low quality content
You must log in or register to reply here.
Share:
Facebook Twitter Reddit Pinterest Tumblr WhatsApp Email Link
Top Bottom