8 of the Hardest Games of All Time

8 of the Hardest Games of All Time

We discuss some of the most difficult games out there. 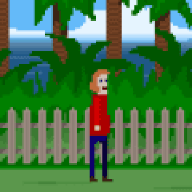 Battletoads: I never got far, but that pause screen beat made up for it.

Battletoads apparently had bugs as well, such that playing with a second player actually made it harder to beat certain levels.

I'm glad I'm not the only one to think Marble Madness was hard. I only played it as a kid but I never could get very far in that game.

Also, what, no JRPGs?
Though, that CAN be a bit harder to gauge.

I'm starting to think "hardest video game" lists need a time out for a few years. It's always some variant mix of the same 20 or so games on every other list, (though props for some originality with Marble Madness).

I made it just far enough in Battletoads to see what the hubbub was about when it came to those freaking hoverbikes. As for Ninja Gaiden, 6-2 made me its *****. Then there's Mega Man which I was only able to beat on the 3DS because of save-states...Same story for Mega Man 3 - 7. I beat 2 on the NES though so there's that. As for people calling for JRPGs, I only know that I was woefully unprepared for Shin Megami Tensei IV which nobody really complains about so I'm the Shin Megami Tensei n00b around here I guess.

Mega Man and Contra on a list for hardest games of all time? 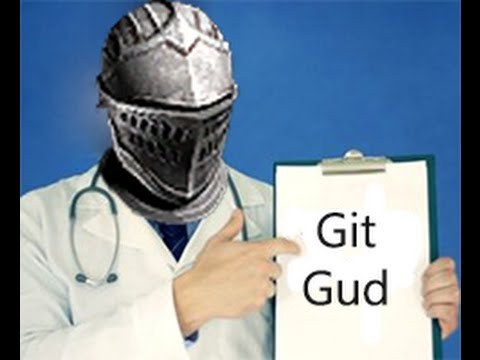 Seriously though...how do Mega Man and Contra make the list, but Ghosts and Goblins gets snubbed? We're talking about a game that's hard as balls to begin with...and it makes you play through the entire game twice in order to beat it!

1) Never played the original Mega Man. Only played the one on the original Game Boy, but boy do I remember it. Clawing my way through the game, and greedily scribbling down the passwords once I finally unlocked them. Took me YEARS to finally get good enough to actually beat the damn thing.

2) I've heard of that game, and it's a good thing I never actually played it. Holes in the wall would have been the least of my problems, I fear.

3) Ah ha ha! I've only seen videos of F-Zero and it hurts my head. How people play that game is beyond me.

4) Kind of wish I had had a chance to play the original Ninja Gaiden. The reboot for the Xbox did a good job of making me rage, so I'm curious to see what the first one would do.

6) Ah, the long-lost fabled legend of Mario. I wonder if it really would have been too hard for us western gamers...

7) Demon's Souls...probably the ONE game I hope they do a remaster of for the PS4. I really want to give this game a shot, but I'm too lazy to track it down for the PS3.

8) I remember playing Battletoads with my cousin. We always had a blast, even when we died. Which was a lot.

I think SuperMeatBoy is also considered very hard. I know I took some time to get 106%...
Or if we are in such directions, what about I wanna be the guy [http://kayin.moe/iwbtg/downloads.php] or the even harder "I Wanna Be The Boshy"?
Too new?

Wasn't Battletoads designed so it couldn't be beaten?

008Zulu said:
Wasn't Battletoads designed so it couldn't be beaten?
Click to expand...

Depends. There are two versions. The arcade-version is quite "unbeatable".
But PJ (and probably others) did it already:
https://www.youtube.com/watch?v=T9oVRNUr7do
S

tacotrainwreck said:
Whoever created that list has never played Friday the 13th on the NES
Click to expand...

Oh god damn... I had that one blocked out until just now. I think it was made worse by the fact that I had no idea what I was suppose to be doing half the time.

I've played every single game on this list... and my parents wonder why I have anger issues.

n0e said:
We discuss some of the most difficult games out there.
Click to expand...

Just in regard to your comment that Battletoads is now quite a hard game to find, both the original NES Battletoads and Battletoads Arcade are included in the Rare Replay Bundle that was released on Xbox One not so long back.

Weren't the early shitty hard games really hard because their designs were hold overs from the Arcade era, where each life was worth a quarter?

Redd the Sock said:
I'm starting to think "hardest video game" lists need a time out for a few years. It's always some variant mix of the same 20 or so games on every other list, (though props for some originality with Marble Madness).
Click to expand...

Agreed. Or maybe make it an ongoing series, name 10 games per article and then have the community vote at the end of the year on 12 of them. Make a Hall of Fame to put the winners in and get rid of the need to mention the same 10 games every damn time.

Dalisclock said:
Battletoads apparently had bugs as well, such that playing with a second player actually made it harder to beat certain levels.
Click to expand...

Not only harder (because friendly fire was a thing), but if I recall correctly it would also crash on a certain level in 2 player mode, atleast in the NES release.


Because it was hard enough to play it without throwing up in disgust.