To commemorate the seventieth anniversary of D-Day we are giving you eight of the amazing tools that soldiers had at their disposal during the second World War. So check out the gallery and appreciate what it took to fight a war.

John Browning truly was an amazing inventor, his weapon designs changed everything, and are still in use, from machine guns, to pump action shotguns.

Me and my buddy always joke that if John Browning was alive today, we would be shooting laser guns at each other by now.

So why are things like the M1917 listed but not the M2? The M2 heavy machine gun is STILL being used by modern soldiers all around the world. The machine gun on an Abrams tank? That's the trusty old M2. 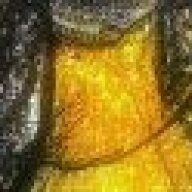 No kidding. The Thompson is the only one on that list I'd truly call amazing for its time.
Compared to its competition, it was accurate, dependable, easy to reload and didn't kick like a pissy mule like the Garand.

The M1 Garand had a major flaw: The en-bloc clip automatically ejected when it emptied, making a quite audible "ping" sound, alerting anyone nearby that the shooter had just emptied his weapon.
X

KDR_11k said:
So why are things like the M1917 listed but not the M2? The M2 heavy machine gun is STILL being used by modern soldiers all around the world. The machine gun on an Abrams tank? That's the trusty old M2.
Click to expand...

Yeah that's probably the most important machinegun of the modern age, it was used in every setting imaginable. USAAF aircraft? Most carried it. Armored vehicles? Every single one needs one (including an M3 halftrack with the maxson mount which was 4 .50s). Ships? Good close in anti-aircraft weapon. Land, sea, or air if you needed to throw lead at the enemy it was the weapon of choice.

Also the sten I feel should've gotten some mention since it was so cheap to make and yet fairly good in combat. It was one of those revolutions in gunmaking, all metal, no complicated processes, still will do it's job reliably.

Of course the colt .45 should've also been on there, it was the best handgun of the war. Sure the browning hi-power held more bullets but you needed to shoot someone more to kill them with it. With the colt you used the same ammo as the thompson which was a big solid piece of metal that put people down. Served a really long time as well. 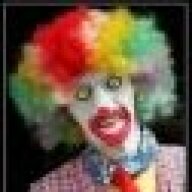 The Rogue Wolf said:
The M1 Garand had a major flaw: The en-bloc clip automatically ejected when it emptied, making a quite audible "ping" sound, alerting anyone nearby that the shooter had just emptied his weapon.
Click to expand...

Could be used to a soldiers advantage.

My grandfather fought on Iwo Jima, they were taught to keep an empty clip and throw it against a rock, the Japs would poke their heads out when they heard that ping and get picked off.

So no one else had great weapons except the US? The Sten certainly deserves a mention for the British, The German StG 44, the Soviet PPSh-41. The British 25 Pounder was also extremely useful.

Pardon me, but it's "Fort ill" not Sill.

Had to be there I guess 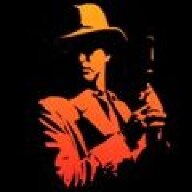 OH Escapist, thinking the US had all the best weapons in world war two.

I'd point out how undeservedly MURICA this list is, but good people have already done that.

Say what you will about German engineering but I've held firm that American innovations in the same period were just as impressive when it came to war material. It would have been a totally different story if Browning had been German.

Why is the M1917 Browning even on this list? All it really was, was a Maxim gun with a different calibre of bullet.

Horton986 said:
OH Escapist, thinking the US had all the best weapons in world war two.
Click to expand...

I just assume there's some unmentioned "US-only" rule for this list.
J

No T34? pretty much the war winning weapon, or the sten, SMLE, 17 pounder AT gun, bm 13 katyusha, all better and more interesting weapons than the majority on this list

Newhouse said:
I can understand not putting any of the Axis power's armory on here but, as voiced by a number of people already this list is pretty 'Murica biased. Even if you left out the Russians because D-Day was the Western front, the British brought plenty to the table as well. One not even need to mention how pivotal groups like the RAF were to the tide of the war. As a Canadian I'd defiantly think we tend to get left out of the picture despite playing key roles throughout the war especially for D-Day but, for this list I get we wouldn't qualify as we mainly used armaments from Britain although if any one knows of some cool Canadian armaments let me know.