On this day in 1986 Ferris Bueller's Day Off hit the big screen. To celebrate we're giving you eight reasons why this movie is the best film to come out of the 80's. So everyone sit back and enjoy this John Hughes masterpiece.

Best film of the 80s? I got four words for you: Back to the Future.

Just off the top of my head, I can think of a half dozen 80s films I'd rather watch instead.
Ghostbusters, Back to the Future (ninja'd), Star Trek 2, Spaceballs, any of the Indiana Jones trilogy...

Well, to each their own I guess.
K

I agree with Ferris Bueller. Maaaybe the Breakfast Club though. It's more cult than Ferris. 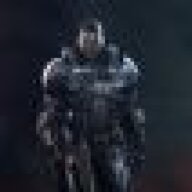 I'm kinda surprised that no one said Aliens, since it came out during the '80s and was a financial success.
P

Really? Ferris Bueller wasn't even John Hughes best work. Whereas my bootleg of Big Trouble in Little China has been stuck in the VCR for years, and I've not seen a reason to try to fix it...

Please... in a decade that game us Big Trouble in Little China, Trading Places and The Goonies, Ferris Bueller doesn't even get a look in.