Some videogame peripherals are awesome, but these eight were huge flops.

Oh jeez. I have that exact product shown on page 7.

I had R.O.B. as a kid, plus one of the games. It's cool. The problem is, that's all it was. It's borderline useless for playing the games it was designed for, so I can only imagine that pretty much everyone who owned one used it for about 10 minutes unless the "This is cool" factor wore off and was replaced by "This is fucking annoying".

I guess I was somewhat lucky with number 7 since the only accessories I owned was the official Nintendo Wheel. I did wanted the HOTD:OK magunn gun but I knew for a fact it was a fad only and wear off once I stop playing that game (the game was great thought).

I though ROB did exactly what it was meant to do: get American retailers to stock a video game system (the NES) after the '83 crash. Though, if you really were itching to play Gyromite, stepping on the plungers ROB was supposed to drop the gyros onto, like AVGN did, or grabbing a friend, was less frustrating than setting up a cheap plastic robot that fumbled the gyros half the time.

Every Wiimote attachment was stupid. The only one that did have some value was the zapper, but even most of the games that could have benefited from that either needed you to flail the nun-chunk around like a, er, nun-chunk, or mapped the fire button to the A button on top (and many didn't have an option to rebind buttons). I think Nyko made one shaped like a pistol, but it's useless since the two handed accuracy of the zapper was lost.

The purely asthetic plastic attachments were the bottom of the barrel, though. I wonder how many TVs suffered from flying plastic tat.
I can't remember any gimmicky peripherals I've really owned, but I do remember getting some infrared PS1 wireless controllers. Yes, IR, and no, they didn't work great even when they pointed straight at the receiver. Those were returned the next day.

I couldn't afford the gimmicky peripherals. Good thing too.
J

ok from 1 to 8.
1: Like the article stated good for Wii, bad for the rest.
2: If the game just controlled the robot and not visa versa, It would have started collecting dust a month after purchase later.
3: If it worked properly you could have gotten a kick out of this one. (or a punch)
4: Not that bad of an Idea, but bad marked research and build quality.
5: Fun idea, but poorly executed.
6: Utterly pointless.
7: Just dumb.
8: To much ahead of its time. If it worked properly and had games designed for it (not just compatible) it could have worked.
The initial popularity of the Wii has shown this.

*cue epic music*
I love the Power Glove! It's so bad! 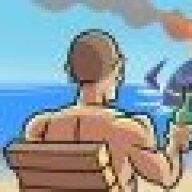 Sorry, I need to make a correction here; The Power Glove didn't make Fred Savage an awesome gamer. His character never even touched a Power Glove. It was one of the antagonists that had the Power Glove. "It's so bad."
Show hidden low quality content
You must log in or register to reply here.
Share:
Facebook Twitter Reddit Pinterest Tumblr WhatsApp Email Link
Top Bottom