"One of the most popular questions gaming industry professionals receive is, "How can I get into the gaming industry?" And in the last few decades, some institutions have come forward to answer that question."

Do Degrees Matter?
B

There are a lot of game development programs springing up around the country. To be sure, a lot of them are just fly-by-night affairs, but there's accredited ones as well. From what I've seen of them, whether the program is good or bad, you'll get a lot of people who have this idealized view of work in the industry, and you'll also get a lot of dedicated, intelligent people who harbor no illusions about what life is like on the inside, and are in the program because they're desperate for anything that can help them break in more easily, or they don't have (or don't trust) the ability to use networking or mod scene notoriety to break in. They don't want to end up as burned-out, unfulfilled code or art monkeys who quit after three years - they want to prove that they belong above the churn, so that they can accomplish something there that will follow them forever.

There are enough feet in enough doors in the industry that the people who aren't, as it were, aggressive salesmen, are instead clamoring for anything that can let them rise above the rest based on their skills, rather than on their ability to rub elbows and/or grease palms.

Failing that, they want to be able to fall back on conventional application development or modeling while still having enough of a background in game-related crafts to pursue something in their spare time. (This is just another reason why you'd prefer one of the accredited programs.) 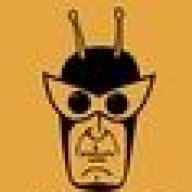 I think in all things but very true in movie making and video games is that hard work and talent can over come anything else.
A

If the game I and other workmates haave been spending years on makes it to the market, and gets a certain success, then our case will turn into an example of a project that's born in university and got lucky, in a way.

However, I will remain unable to say if it was necessary to go there.
For example, for the first year, I completely failed to learn how to use the game design tool that were part of the program. I couldn't understand anything, the teacher was going too fast.
Then, when the second year started and we needed to devlop our project into a prototype, we realized that our team wasn't qualified for the task, so we had to learn to use the tools on our own.
So it's a mixed feeling, because besides the tips we were given and the fact that the university helped us to discover the necessary tools we'd use later on (as revealing what we could use), to give matter to our ideas, I also observe that most of what I know, I've learnt it on my own, literally by going through many tutorials while working in my bedroom.

On the other hand, this university gathered people who had the same passion, and thus workteams spawned with ease, and it's been my best years in the "school cycle".
I'm not saying it was perfect, especially since several teams were unbalanced. But I'm not sure I'd have ever found a way to create a team from nothing.

Now, most of those formations come with a price, and I had to work and grab the rest of the money from a bank to fund mine.
But I do think it helped.

Plus, in theory, you're supposed to come out of those schools with a list of "names" to call and talk to in case you need help and find a job.
A

I am studying a Multimedia degree at the University of Pretoria. It includes everything a normal computer science degree has, plus game design, animation, web development and visual design. So, if you can't get into game development you have several fallback options.
Show hidden low quality content
You must log in or register to reply here.
Share:
Facebook Twitter Reddit Pinterest Tumblr WhatsApp Email Link
Top Bottom