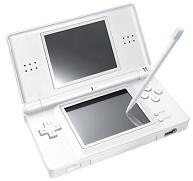 Speaking to the Sunday Post [http://www.dcthomson.co.uk/MAGS/POST/news2.htm]about the R4 "pirate chip" for the DS, Hillier, manager of the association's Intellectual Property Crimes Unit, said, "In America it's thought 90 percent of Nintendo DS users are playing pirated games because of R4s. Takings from Nintendo DS games in the U.S. are lower than any other console and no doubt it will have a similar impact (in the U.K.)."

"That's the real danger - you may think you're getting a good deal but using the R4 is risking the future of the games industry," he continued. "Crucially, the R4 has shifted balance of power in the piracy industry to the consumer - and that is hugely worrying. That's why we intend to stop trade in these chips wherever we can."

The R4, made in China, bypasses the DS' built-in blocks against illegitimate software. "The R4 in effect blinds the console and makes it think it's seeing a genuine game," Hillier explained. The sale of the chip is against the law in the U.K., he said, but purchasing it is not. However, DS owners who use it to download and play illegal software could face civil action from the game's copyright owner.

90%? That sounds ridiculously high. Something tells me dude's got his rhetoric and his reality crossed.

In other news, there are, uh, *looks at ketchup bottle* 57 card-carrying Communists working in Congress.

The number has to be bogus. 90% piracy would be blatently obvious, and I'm just not seeing it on the street. 9% I might believe, but 90%? No way.

They've probably just made an ill-educated guess, based on how many of these R4 chips they think there are in existence and how many DS consoles have been shifted. That sort of calculation is done all the time. I remember one claim from some middle-management berk in the English police that was basically "90% of rapes go unreported." I remember thinking to myself "If they go unreported, then how do you know about them, and how many there are?"

The answer is simply that they're pulling figures out of their collective arse. 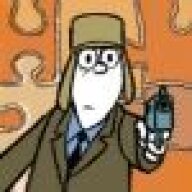 100% of statistics spouted by members of ELSPA are pulled out of their arses. ELSPA is notorious for scaremongering about piracy--I remember their magazine ads from back when I used to pirate my friends' ZX Spectrum games by copying the tapes in a dual-deck stereo. Oof, dating myself a bit there. 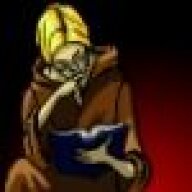 Haha, how ridiculous. I suspect 90% of DS owners are not much different from the two in my house: my wife and daughter. Neither would have the faintest clue what an R4 chip was (I didn't even know until I read this article), let alone how to get or use one.
N

I'll be honest, I'm quite familiar with the R4 chip. Several people I know use one.

I also attended (and still am in the area of) a high-tech college. Even there, while it was fairly common, it wasn't at 90%. That number's just...wrong.

I'm the most technically-minded of my social network, of which about 25 of us have DSes. Only 2 of those in my social network use the R4 chip. By MY statistics, 8% of DS owners play pirated games.

Of course, my study is just as flawed as theirs...
J

At least you cop to your sample size, Bob.
L

You must be talking about Latin America or something, not the USA...
S

laikenf said:
You must be talking about Latin America or something, not the USA...
Click to expand...

I kinda agree, using chips to play pirated games is used by alot of people that are out of USA, its almost a necessity.

If it was 90% Nintendo's lawyers will be all over this cause thats just outrageous, no company would even let it get to that percentage in the US.

Sylic said:
I kinda agree, using chips to play pirated games is used by alot of people that are out of USA, its almost a necessity.
Click to expand...

That raises the really interesting point that legal gaming is primarily a luxury that only the wealthiest countries, and by extension citizens, can really afford.

I did a looking around, and according to this article (http://technology.timesonline.co.uk/tol/news/tech_and_web/gadgets_and_gaming/article2933237.ece), Nintendo is concerned, yes, but realistic:
?We are keeping a close eye on the products and studying them. But we cannot smash all of them,? a Nintendo spokesman said.

Sylic and tendo bring up interesting points, however.

Do they really expect anyone even remotely connected to the gaming scene to believe that number? In all my years I've never even SEEN a pirated game. It's just not as common as 90% makes it seem. The only chip I've ever seen used was a mod chip to play import games and that's it.

Piracy is a huge problem to be sure, but it's not through these chips. The Internet is a far worse threat than any chip. I have a friend that downloads every virtual console game...to his emulator. They're just so easy to get.
D

even if the number is off i know why its so popular, first you know those 6 pack cases that hold ds games? ive lost one of them before, ther a pain in the arse to carry around. on the r4ds I can keep ohhh maybe 15 games and homebrew apps on one micro sd card (see sd is just ds backwards, it was meant to be!) if there was a service like steam to download legitimately I would be all over that. its a pain in the arse to carry all your cards around and switch all the time. cant backup saves... plus I live in japan so it basicaly impossible to get a lot of 3rd party games. sounds like a buisness apportunity! legit ds downloads!
A

ArchAnemone said:
Haha, how ridiculous. I suspect 90% of DS owners are not much different from the two in my house: my wife and daughter. Neither would have the faintest clue what an R4 chip was (I didn't even know until I read this article), let alone how to get or use one.
Click to expand...

Precisely.
There is no way 90% of DS owners would even know about the R4 chip.

You got to admire how counter productive their actions are. Make more news about the existence of the R4 chipsets, so you're sure it gets some spotlight.

Do they even think? 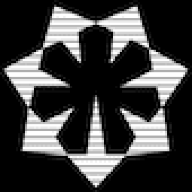 Perhaps the bigger question is, why is ELSPA even commenting on piracy rates in the US. Where would they even get such a figure if they were not making it up? And if they got it from a reputable source that follows the US market, why isn't it cited? Why hasn't anyone ever heard it before?

There's no question in my mind that number is way off the mark. I believe he was quoting the number to illustrate the potential impact of the R4 in the UK, but you'd think simple common sense would have caused him to think twice about that figure before spouting it off to the press. Regardless of his source (or, presumably, lack thereof) it makes him, and by extension the entire agency, look bad. I'd be surprised to see that prevalence of piracy even in the most notoriously pirate-friendly nations, like China. 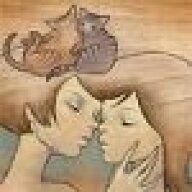 No, no, no. You are all reading it wrong.

In America it's thought 90 percent of Nintendo DS users are playing pirated games because of R4s.
Click to expand...