"Then, one day the Pirate Lord disappeared. When we got to his house, one neighbor said he had stuffed everything (family and furniture) into a truck the week before and never came back. The last game he copied us was the first CD game I had: Rebel Assault. Times were changing."

Leonardo Pose is a Third World Pirate.
Click to expand...

That's a great article, Leonardo! Funny, in some countries the Pirate Lord is still to be found and he owns BMW's newest model too. Yet when it comes to buy a game, you may visit a local distributor's page and see that game's official copy for sale, but that's just placeholder and you can't really buy the game. You call the company, make a preorder and then you wait 3 months for when they get enough clients to make a shipment order, because big game distributors don't just ship 3 copies in , it's just not worth it. There really should be more talk about this in the Escapist, it never ceases to amaze me that in countries that noone ever dreamed to sell games, we have now this awkward situation of WANTING to buy original games but... no one wants to sell here.
N

I spent time in Nepal and agree wholeheartedly. The only way to get a game is to either pirate it yourself or find someone who has. The limited markets in third world countries cannot support the capital needed to establish a gaming market so its simply ignored by the industry giants. Since complaining is free our corporate fatcats continually complain about piracy. In fact, its really just free publicity.
The sad fact is that a game market seems, to me, to be closer to the airline market. A plane is still going to fly when there are 30 empty seats which is why they will discount the hell out of tickets at the last minute (or offer standby). Every copy of a game sold is money in the developers pocket. If they know that third world countries are getting online then why not offer them a digital download service that caters to their standard of living instead of the USA's. The answer is that its probably more profitable to complain and get free publicitiy (which is quite valuable) then it is to cater to people who want a game legally but affordably.
Besides, ten years from now, most of our third world countries will be producing the majority of content in our games. Its happening in india right now.

I agree - this article was great. It's probably going to end up being one of my favorites, and really does point out an issue when talking about, and dealing with, piracy.


nikudada said:
If they know that third world countries are getting online then why not offer them a digital download service that caters to their standard of living instead of the USA's.
Click to expand...

If I had to guess, I would bet that the main reason is that in order to set up a service like that, the market they're selling to would have to be able to cover not only some cost for the games, but also the cost for developing and maintaining the service. Given what a developer/publisher would be able to charge to keep the game cost widely affordable for these markets, it's probably not considered worth the expense. It's also very likely that there are legalities involved - the more places that a company does direct business, the more time and money they need to devote to lawyers.

To be honest, I don't see any decent solution in the near future. It's a major problem with a globalizing economy that some areas simply don't have as much money as other places, and setting different prices on the same products in different areas of the globe is something that's becoming more and more of an issue. (Hence, why Americans are buying prescription drugs from Canada) 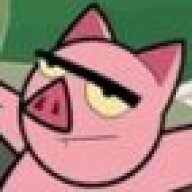 An excellent article, with some tweak in the details about failed economic policies, it would apply perfectly to Brazil (where I come from) as well. We did not have an economic crisis on the same scale as Argentina, but the government switched from a 0-import duties policy to one that essentially doubles the price of any imported game, while the local distributors sell the same games charging slightly less than the price of a legally imported game.

In this case, it is clear that the big software companies *could* use a rational pricing policy, and yet they choose to maximize their profits by selling few high-priced games than selling a large number of reasonably priced ones.

I, for one, buy the originals, since after getting my degree I've been way too busy to be able to play everything that comes out, so I can afford to buy a game every couple of months, but I'd think the average teenage gamer in Brazil (with a lot of time in his hands and a broadband connection) would find it much easier to use Bittorent or Emule to download games and cracks to his heart's content rather than try to convince his parents to spend a large portion of their household's income in a "toy".
T

Glad you liked it, and I assumed the situation was pretty much the same in all Latin America, so thanks for confirming it Meneguzzi. I agree that companies should pay attention to regional realities if they don't want to loose customers to piracy.
Show hidden low quality content
You must log in or register to reply here.
Share:
Facebook Twitter Reddit Pinterest Tumblr WhatsApp Email Link
Top Bottom