Dan Greenfield: We’re doing OK on time so we’re just going to keep pushing through. Number 6 on the list was Wonder Woman.

George Perez: Ah! Yeah, Wonder Woman is a personal triumph for me. As much as my fortune has been made because of Titans primarily, Wonder Woman was a book that, not until recently when the movie came out, did I realize how much of an impact I actually left on the character. Because it was an uphill battle.

Even though I had a wonderful champion in my editor, Karen Berger, a lot of the DC editors at the time really didn’t care for Wonder Woman. I didn’t realize until I came into the office of the then-editor Janice Race, and they were putting together a new Wonder Woman book, that there wasn’t a single woman working in that company — and you’re talking about a company whose publisher was a woman! — who was happy with the direction they were going to go in.

But they had to get the book published, or else they would lose the rights to Wonder Woman. I saw that, and at that point John Byrne was on Superman, Frank Miller had just done Dark Knight and was going to be doing Batman: Year One with David Mazzucchelli and I just, there was just part of me — the inner feminist in me — who was really bothered that she was just kind of being thrown out.

I mean without naming names, when I saw the artist who was going to be on that, I said, “The man is more used to drawing stuff like a Penthouse magazine.” Every woman will vilify this — the premier female character, and we’re going to make her into a raunchy sex object? Oh God, that is the worst direction you could ever take for this character!

And I already had a story in mind for Wonder Woman, but I abandoned it when she devolved at the end of Crisis. I thought, “OK, I’m never gonna have a chance to do it.”

So, when I was talking to Janice, I said, “I do have an idea for her. Do you want me to take a crack at doing Wonder Woman to start her off?”

And at that point I thought I was just replacing the artist, but then I had story ideas and they asked me what my ideas were. Until eventually by the second issue, the writer really realized it was becoming my book now. He bowed out gracefully, no rancor whatsoever. I think he actually left the industry.

And I didn’t realize at the time that ever since the death of (creator) William Marston and H.G. Peter, the original artist on Wonder Woman, there hadn’t been a single writer or artist who ever volunteered to do that book. It was an assigned book. No one wanted to do Wonder Woman. I was the first person — particularly at a time when I could have asked for any possible project and they would have said yes to it.
Click to expand... 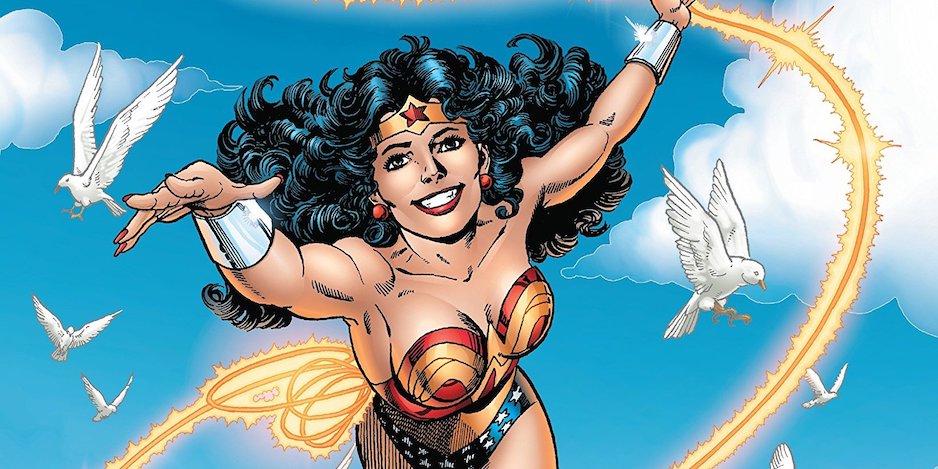 THE GEORGE PEREZ INTERVIEWS: Stepping up to preserve an icon…

THE GEORGE PEREZ INTERVIEWS: Stepping up to preserve an icon…