And if you guys want a good 2D Sonic game try out Freedom Planet.

If they can make a good game like Generations, I would be on board. Though Generations had a few flaws (and I hated the Final Boss level) it was still a overall enjoyable experience, and I like both play styles.

Oh well, this will be shite.

Well, Sonic Generations[footnote]Coincidentally, also an anniversary game[/footnote] was arguably more a 'best of' than an entirely new game. Takings the best parts of both old 2d and new(ish) 3d Sonic, adding some refinement and a new lick of paint.

Which is completely fine, by the way.
Click to expand...

Well actually considering how levels are fairly loosely (visuals and one or two gameplay moments for each stage) based off their old counterparts, save for Rooftop Run and Planet Wisp (and even then the classic variations for those were all-new).

I wonder how many straws will it take for many people to break the camel's back on the Sonic series. From the horrible spin-off titles from the early days, to Sega deciding to ditch the rest of their IPs so Sonic could live (including Jet Set Radio, Final Fight, that werewolf one, Alex Kidd, Nights, etc.) to the fact that Bayonetta 2 was almost cancelled because of Sonic and Alien Colonial Marines. Add to that Sonic 06' and Sonic Boom not killing this franchise or showing that Sega has learned anything and you cannot deny the contempt from the public is somewhat justified.

AND according to IGN Sega wants to turn Sonic into an entertainment Icon?! Say what you want about franchises like Mario or CoD getting stale over the course of the years, but at the very least the quality of their releases somewhat makes up for it, hence why they are icons in the casual and core markets of gaming.
M

Okay let's run this through the Bullshit detector.

"We at Sonic Team are developing a completely new game," Iizuka said earlier this week.
Click to expand...

Beep Beep. It is an installment ina franchise so is not completely new.

"The most important thing is not the fact that the series survived for 25 years, but how many games [were] developed.
Click to expand...

BeepbeepBedeep. A better point of note would be how many of those games were actually 'good'.

Our goal [is to] add something new and overcome any potential hardships.
Click to expand...

The sonioc franchise has only survived this long because the player base keep hoping there will be another 'good one'. Sadly, not gonna happen. Sonic's entire gimmick was speed. It was a tool to show off the speed of the Genesis. That has no longer been an issue and in 3d space that speed is some what off a detriment. 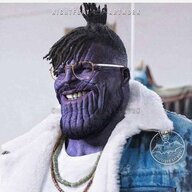 Lets just hope we have more of a Sonic Generations and less Sonic Boom.

Lets just hope we have more of a Sonic Generations and less Sonic Boom.

Can't wait to see the game grumps play it !

Where are the Chao gardens? Without them to quite literally beat the evil into your money making pets, I can't muster any enthusiasm for Sonic these days. Sonic franchise is kind of like the gaming equivalent of the Liberal Democrats; unnecessary, unfocused and consistently disappointing to people, yet somehow still going on with no clear purpose or reason other than blind stubbornness and support it gets from people I am not particularly certain even exist,
Oops, compliment sandwich forgot to add the closing bread; Sonic Adventure 2 was the best use of 3D Sonic, go with that but better, don't be scared...I know you may have a drunken, layabout Sega funding you, but rise above the shame! Take back what's rightfully yours! Like all the creative directors that are evidently absent from recent reincarnations.

In a shock reveal, it turns out they've just made a reskin of Superhot

Here's hoping they don't shit themselves inside out again.

Isn't it more like a memorial at this point?

Can't wait to see the game grumps play it !
Click to expand...

At this point, Team Sonic could probably turn their situation upside-down overnight by looking into some kind of partnership with the Game Grumps rather than try and recapture past glories.

Hairless Mammoth said:
It would be great if Sonic Team went with one more Sonic Adventure type game, but in this one, they bring in (but not overuse) the boost mechanic from Rush/Unleashed/Colors, keep Tails in his free running/flying of Adventure 1 and also keep Knuckles' treasure hunting (preferably without SA2's crappy radar limitations).
Click to expand...

Honestly, I'd rather just have Knuckles be a playable character in the same way he was in the original Genesis games. It encourages better level design because different characters have different ways of getting around and potentially different limitations (Tails' speed, Knuckles' jump height) without bogging the development down by requiring multiple gameplay styles and completely different stages set in the same themed zones, while still keeping the same general fun gameplay loop.

I think SEGA should remain on the portable devices,while Sonic was struggling with every console after the Dreamcast he has been in, he hit it big with the Advance series, the Sonic Battle spin-off and the DS games because those system's limitations meant they had to get creative with the level design and such and not show new ways of Sonic running fast. You want a game where Sonic goes incredibly fast, fine, I'm okay with that, but the levels must match the style of gameplay, meaning that precision platforming and slow-paced puzzles are out of question.


Flathole said:
I think I understand Sega's strategy. They're basically acting as a court jester, or a modern troll.

I mean, they keep making these games... people will invest money in this piece of entertainment. The entertainment, of course, is not the game itself, but all the drama, the fursuits, and the terrified PR reps trying to sell "a good sonic game, no really!"
Click to expand...

You were almost there, but no, Yahtzee talked about this in the past in Extra Punctuation about Freedom Planet, how the reason the reason Sonic makes success in the middle of many antropomorphic animals in gaming is Sonic himself:
"Is it just because Sonic is the perfect storm, also combining video game nostalgia, slightly maturer themes like eco-terrorism, and a main character with the kind of cool lone wolf Peter Pan attitude that appeals to homeschooled young people who never leave the house?" ~Ben Yahtzee, 2015
That roughly translates to Sonic's character combining all the tropes of characters people want to insert themselves in creating this individual that stick to people even if they had a bad experience with, this is why people continue to bank installments, because they don't want to let their experiences being that awesome character die. 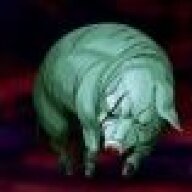 Nah, it's gonna be fine. And their twitter team is actually quite great.

surft said:
Didn't they just diss Mighty Number Nine in a twitter post? (https://twitter.com/sonic_hedgehog/status/745311041987371008). Hopefully their own work is not 'better than nothing'.

As much as I still have a fondness for Sonic, I've got to say that "people in glass houses shouldn't throw chaos emeralds." Heck, a Twitter user beat me to the joke.

It doesn't help that the "it's better than nothing" line was a mistranslation, and it doesn't come off as good sportsmanship. Yeah, scuttlebutt is that Mighty No. 9 isn't that good. I'd rather not kick the developers while they're down.

A Sonic Maker with the option to use the physics and mechanics (the shields, level transitions, etc) from Sonic 3 would get me to buy a Sonic Game on Day 1. It might even manage to sucker me into buying whatever DLC or Amiibo/Amiibo knockoffs Sega comes up with (and me buying DLC is a "once every few years" event). Get to it, Sega.

shrekfan246 said:
Honestly, I'd rather just have Knuckles be a playable character in the same way he was in the original Genesis games. It encourages better level design because different characters have different ways of getting around and potentially different limitations (Tails' speed, Knuckles' jump height) without bogging the development down by requiring multiple gameplay styles and completely different stages set in the same themed zones, while still keeping the same general fun gameplay loop.
Click to expand...

I'd be okay with this way, too. Sega has already sort of done this in a 3D game with Sonic Heroes. The difference there was the player switched formations to chose their path. Going back to the Sonic 3 & Knuckles style would add replay value. Making it harder, but not impossible, to get to a different character's path would add subtle complexity to the level design.

I just think the treasure hunting stages are one of the few good alternate gameplay types when Sonic Team feels necessary to add something extra to the game. I'd rather take this type as a short one-time or reoccurring section than anything else that does not involving running fast from point A to B.

(It would have been nice to see if Sonic 4: Episode 3 at least brought the original Knuckles style back to the 2D games, but we know that isn't happening soon.)

Hairless Mammoth said:
I just think the treasure hunting stages are one of the few good alternate gameplay types when Sonic Team feels necessary to add something extra to the game. I'd rather take this type as a short one-time or reoccurring section than anything else that does not involving running fast from point A to B.
Click to expand...

It's serviceable, and I find it a little fun in the first Sonic Adventure, but that's also partly because it uses stages that were built for Sonic anyway. Or rather, they were at least designed with the idea of Sonic being able to run through them in mind. In Adventure 2, in addition to them somehow making the radar trash, the level design also just feels a lot more complicated, and not in a good way. They clearly wanted to take more advantage of the actual unique abilities they could give to Knuckles/Rouge, but I feel like that ended up with them just creating a load of levels that completely killed the pacing of the game.

(It would have been nice to see if Sonic 4: Episode 3 at least brought the original Knuckles style back to the 2D games, but we know that isn't happening soon.)
Click to expand...