We love zombies in our films, in our music, on our TVs and certainly in our games. Yet with all this Zombie saturation, you could be forgiven for feeling a little bored with animated, brain-eating corpses. Enter Red Dead Redemption: Undead Nightmare, the largest expansion for this summer's acclaimed Western adventure that switches out the cut-throat bandits of the Old-American West for a horde of shambling corpses. It's both a fresh take on zombie themed games, and the slightly more straight-laced atmosphere of the initial Red Dead Redemption experience. The result is a slightly difference approach to the Red Dead Redemption formulae that, while not elevating it above the drawbacks of the base game, is enough to provide fans with a solid experience that doesn't take itself too seriously.

Set shortly after the completion of Red Dead Redemption, and out of the official narrative arc, players will once again don the boots of John Marston. Late one evening on a suitably stormy night, the dead rise and Marston's family are infected. After hog-tying them up, leaving them a plate of raw meat and barring the door behind him Marston sets out to find the cause of the undead invasion and once again save his family. The expansion doesn't have the narrative kick of the original game, choosing instead to switch out the thoughtful and introspective conversations for some truly funny scenarios involving the past cast and the new zombie threat. While the original game was occasionally funny, this expansion takes this element and truly capitalises on it, making one of the biggest reasons for continuing with the story missions the chance to see the bemused denizens of West react to the undead invasion.

<img width=600>http://www.gamingangels.com/wp-content/uploads/2010/10/RDR-Undead-Nightmare-002.jpg
Undead Nightmare is a very successful mating of the Western and Horror genres

Most of the game, as you might expect, revolves around combat with the brain-hungry undead. Zombies are weak on their own, but dangerous in numbers, and the only way to put them down for good is with a well-placed headshot. Combat is the main way in which the expansion offers a substantially different experience to the core game. Zombies don't use guns, and as such manoeuvring about cover is useless. Instead you'll often be gunning though hordes in order to take refuge on higher ground. Combat feels less methodical, and as monsters begin to overwhelm you may well find yourself getting panicky and wasting precious shots shooting zombies in the leg just to buy yourself a moment to aim straight. The necessity of shooting the undead square in the head, coupled with a relative scarcity of ammunition means the game takes on a slightly more survival horror style of play. In the midst of the apocalypse there's naturally nobody around to sell you more bullets, so guns can only be reloaded using the few bullets found on downed corpses, or the scarce chest of ammunition you might stumble across.

In addition to the main mission line, each of the towns and settlements in the game will require your help against the marauding undead. Clearing the undead from the towns will give you a bed you can use to fast-travel to other liberated towns from. However, helping these towns out will often require a sacrifice in ammunition, creating a system of choice. Do you burn through some of your ammo stash to create a safe-zone, or simply ride past the burning barns and groaning corpses on route to the next story mission? In addition to liberation of individual towns, there are missing person quests, graveyards to purge and more 'stranger missions' with some new, characters and scenarios which are just as engaging as those in the base game.

http://www.gamearena.com.au/res/2007/images/features/custom/singlefeatures/rdr_undead_nightmare_035_tif_jpgcopy.jpg
You do, of course, have to shoot them in the head.

Yet all of these are mere distractions from the main missions, and very few of them involve anything new from a gameplay standpoint. While combating the undead is a new experience to the cover-based shooting of stand-alone Red Dead Redemption, everything in Undead Nightmare ultimately bottles down to the repeated decapitation of the undead and this can wear thin after just a few hours of play. There are three special zombies which are slightly more irksome than their regular friends. One which runs at you on all fours, overweight ones which can charge you down, and one which can fire projectile, acrid spit at you. On their own these class of undead scarcely present a challenge, but mixed in with a larger horde, they quickly become the most dangerous foes in the pack.

The expansion offers a handful of new guns, mounts and outfits ? the best inclusion being the blunderbuss, a shotgun fed using zombie ribs and eyeballs that turns multiple undead into a putrid puff of blood. Powerful new mounts are available for those with the patience or luck to track them down as well. The four horses of the apocalypse ? War, Famine, Pestilence and Death, as well as a Unicorn ? can all be found in the wild, tamed, and used as fast quicker ways of crossing the landscape, each with different effects. It is this absurd, anachronistic feel of zombies and mythical creatures in the old West is what makes this expansion most enjoyable. The atmosphere of a traditional western is still thick, which much of the old music returning, but it's laced with some extra touches which give the game the fresh feel of a horror. New, spooky music, plays during night-time encounters with the dead, and the expansions features at least one, excellently chosen licensed track that fits the western/horror mood of the game absolutely perfectly.

Bottom Line: Undead Nightmare provides a fantastically atmospheric and well written addition to what has been many people's favourite game of the year. The new, survival-horror tinged combat is enough of a difference from the cover-based styling of the main game to ensure that the expansion plays out differently, despite its occasionally repetitive nature. If you enjoyed immersing yourself in the environments of Red Dead Redemption, enjoyed the characters, the ambient challenges, and didn't terribly mind the basic combat mechanics, then Undead Nightmare will be the perfect expansion. It's different enough to the main game to warrant its own existence, taking the overall feel of the main game in a weird new direction. If you didn't find the core game to be your thing, then you still might find the more manageable size of Undead Nightmare to be more accessible, and at an excellent price-point (800 points for just under ten hours of play-time) this might just be the best piece of downloadable content to have been released all year.

I posted a few reviews to this forum in the summer, when I first began practising writing them. They were received fairly well. This is the first I've written in some time though, and I'm not all that happy with it.

Would appreciate constructive criticism on my writing, and reviewing in general. 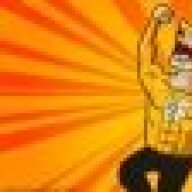