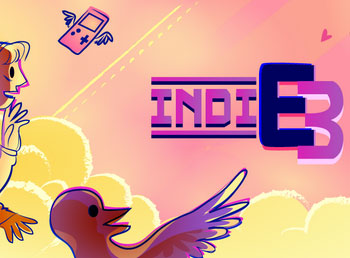 Hello, Escapist readers! As part of our partnership with curation website Critical Distance [http://critical-distance.com], we'll be bringing you a weekly digest of the coolest games criticism, analysis and commentary from around the web. Let's hit it!

We start on Gamasutra, where editor-at-large Leigh Alexander compares two games based Kanye West lyrics [http://gamasutra.com/view/news/218827/Suffering_from_realness_A_tale_of_two_Kanye_West_games.php], the officially sanctioned I Won with the fan-made Kanye Zone. In her words, "[Kanye Zone is] the complete opposite of the I Won game: a game about literal achievement is cynical, but one that makes an abstract expression mechanical is funny."

Shifting the conversation to money, Stephen Beirne kicked off a conversation about the deeply capitalistic nature of in-game resource growth [http://normallyrascal.wordpress.com/2014/06/04/level-99-capitalist/]:

So, if we consider the process of levelling up as a capitalist narrative, what does it describe? Capitalism is founded upon an exchange of labour for wealth, where labour is the product of a labourer to be bought and used by others in pursuit of their own wealth. In terms of a videogame, labour would be the activities involved in generating the player's wealth, such as combat in Final Fantasy IX and questing in Skyrim. Much of the time these activities aren't inherently enjoyable but still we tolerate them for the rewards, accepting them as part and parcel of the labour trade agreement between ourselves and the game.
Austin Walker counters to Beirne's polemic, as he calls it, instead asking for a more complicated approach [http://clockworkworlds.com/post/87927928979/min-maxing-criticism-on-capitalism-and-leveling-up] in understanding leveling up:

I do not aim to excuse these works or systems, or to say facilely "no no, all games improve us." But it seems just as facile to say that "we" "tolerate" the mechanics of MMOs and RPGs, that they "aren't inherently enjoyable." Are "we" sure about that? Why specifically? And who is "we?" Does "we" include the millions of MMO and RPG players who defend "the grind" as fun and essential to their play experience, or do they not count?
Daniel Joseph responds to both, insisting that definitions and distinctions between various game resources [http://dropouthangoutspaceout.tumblr.com/post/88008512716/criticism-and-capitalism].

As we head into E3 week, it's important to hold onto your expectations, and maybe rethink your relationship with big-budget games a bit. In fact, that's what a lot of indie developers are doing as we speak -- organized under Joylancer developer T.J. Thomas and several others, IndiE3 is a week-long digital un-conference [http://projectindie3.tumblr.com/] featuring work and panels by some of your favorite homebrew devs. Stop on by and have a look!