Wait, does this mean that internet activism actually works?

Assuming you have eyeballs, you've likely noticed that a number of popular internet destinations have gone dark today in protest of SOPA. Keen to ingratiate themselves with the legions who are now left stranded without the collective wisdom of Wikipedia, a number of politicians have publicly dropped support for the proposed bill, and are theoretically urging others to do the same.

The online uproar against the proposed Stop Online Piracy Act (SOPA) in Congress is already causing some in Washington to abandon the SOPA ship. The tide began to turn this weekend when a hearing scheduled for today was canceled and the White House pushed back on some of the more controversial portions of the House bill and its Senate counterpart, the Protect IP Act (PIPA).

Already, a couple of co-sponsors of the bill are pulling their support. Representative Ben Quayle (R-Ariz.) is no longer a co-sponsor, and Representative Lee Terry (R-Neb.) is also planning to remove his name from the co-sponsor list ...

On Wednesday, January 18, I will join others across the Internet in a 24-hour "blackout" to protest the Stop Online Piracy Act (SOPA) in the U.S. House and the PROTECT IP Act (PIPA) in the U.S. Senate. These bills give the federal government unprecedented power to censor Internet content and will stifle the free flow of information and ideas. In protest, I have changed my profile picture and will temporarily disable your ability to post independent content on my Wall (although you still may comment under this post). Demand that Congress and the President keep the Internet open and free. Please borrow my profile pic, share this message, and contact your Representatives and Senators in Congress to urge them to protect your right to free speech by opposing SOPA and PIPA.

Yay, right? Progress! SOPA is increasingly unpopular and the wired masses are vindicated in their lazy quest for free information (and, let's be honest, pornography [http://www.webpronews.com/porn-sites-black-out-for-sopa-2012-01]). Now that that's settled, who's up for a petition to get Firefly back on the air?

Oh man, if the MPAA was furious earlier about the blackouts, imagine how furious they are now.

Regardless of anyone's sentiment on SOPA or PIPA, it is damn refreshing to see that:

B) Their actions have born fruit so swiftly.

Welcome to the internet age, politicians. We've been waiting for you.

People across the world, of all ethnicity's and religions banding together for a common cause. Never thought i'd see the day, its beautiful.

Earnest Cavalli said:
Yay, right? Progress! SOPA is increasingly unpopular and the wired masses are vindicated in their lazy quest for free information (and, let's be honest, pornography [http://www.webpronews.com/porn-sites-black-out-for-sopa-2012-01]). Now that that's settled, who's up for a petition to get Firefly back on the air?
Click to expand...

but this is good can it stay dead this time

I'm a bit disappointed that Google hasn't completely shut down its service, worldwide, in protest to SOPA and PIPA. That would have sent an even clearer message to the masses on top of everything else.

I feel The Oatmeal has the best blackout.

And this website could get shut down because I linked to this gif. And I could face five years in prison for this. If they really cared about me, but why take that chance? I'd like to post crap without fear of going to prison for linking an image on the internet.

Oh... hell yeah. This shit is actually working? A few big websites' act of supporting a protest is actually getting something done?
I love it.

We have not won the war, but this is a huge victory. We can't stop until SOPA and PIPA are defeated completely.

Now that's how you get things done.

Internet should turn its site on more things to get those idiots in congress to get off their lazy asses.

Good to hear that people are FINALLY getting the idea. Took 'm long enough.

Also, I quite like this black background...can we keep?

I wonder how many of them changed their mind when they found out their favourite website was blacked out... (or even just that "I can't get no Wikipeadai, I can't know things... this bad")

Oh, hey, my congressman is in the news. Hi Mr. Roy Blunt!

Joking aside, I'm glad he came around. Now if only Mrs. McCaskill could change her mind. She is up for re-election, and she can use the youth vote.

Also, Orrin Hatch just tweeted that he's against it now as well.

EDIT: It appears that Rep. Todd Akin said this over his twitter: "Todd absolutely OPPOSES #SOPA and will vote NO. Copyrights must be protected, but not at this cost. Open internet and free speech! #MOSen"

Kevlar Eater said:
I'm a bit disappointed that Google hasn't completely shut down its service, worldwide, in protest to SOPA and PIPA. That would have sent an even clearer message to the masses on top of everything else.
Click to expand...

There needs to be room for escalation if the Bill moves further towards completion. Today was more of a warning shot from the Internet. A much more stringent blackout could conceivably happen if SOPA/PIPA don't die in the next round. 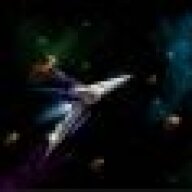 I have no love for Wikipedia, but I agree with their protest and the other sites "blacking out" for today.

I live in the UK, so this does not really affect me like those in the US. But if PIPA or SOPA did go through, potentially it could act as a template for similar laws in other countries in the future.

Finally good to see the politicians listen to the people!

Earnest Cavalli said:
Now that that's settled, who's up for a petition to get Firefly back on the air?
Click to expand...

With all the SOPA rage going on, lets talk about something else.

Firefly did get a massive petition and thus Serenity [http://www.imdb.com/title/tt0379786/] was born. The same trick won't work twice. Also, Serenity concluded the series.

I still would like a continuation, but I don't really see it happening.