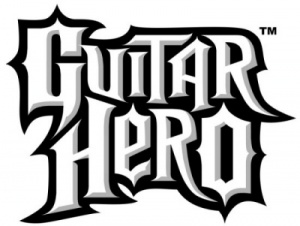 The new game will feature the largest set list ever included in a music game, made up entirely of master recordings from both classic and modern bands including Van Halen, Linkin Park, The Eagles, Sublime and many others. More localized downloadable music will also be offered with the game, and for the first time in the Guitar Hero [http://www.guitarherogame.com]franchise, online content will also be available for the Nintendo Wii.

The guitar controller has been redesigned to be more responsive, and Activision says the included drum kit will be the most realistic ever designed for a music game, with three drum pads, two raised cymbals and a bass kick pedal, all velocity-sensitive and made of soft rubber for authentic bounce-back.

Along with the standard Guitar Hero game modes, Guitar Hero World Tour will feature four-player "Band" modes in which players can jam together in online or offline play, eight-player "Battle of the Bands" online multiplayer action and a single-player "Career" mode in which gamers can rock out on any of the instruments through "branching venue progession." The new Music Studio will provide players a full range of tools to create all-original music, play them in the game and share their recordings online.

"Guitar Hero has set the standard for music-based gaming and with Guitar Hero World Tour and the game's groundbreaking Music Studio, we are once again delivering unprecedented innovation that has the potential to revolutionize consumer-generated music, much in the same way that video sharing hubs have driven user-generated video," said Dusty Welch of Guitar Hero publisher RedOctane [http://www.redoctane.com/]. "With the introduction of our advanced high-quality new wireless instruments, in-depth customization options and advanced online functionality, the game enables music fans and gamer globally to share in the most social and expressive music experience ever."

Oh, so they are using a mic now! Go-go copyright infringement!