Activision Fires Back Against Gibson

Activision Fires Back Against Gibson 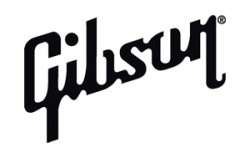 The statement is the latest move in a dispute [http://www.escapistmagazine.com/news/view/82300]that began in January, when Gibson sent a letter to Activision claiming Guitar Hero was "taking advantage of Gibson's patented technology without properly compensating Gibson." Activision denied the claim, and the two companies filed suit against one another: Gibson for patent infringement, Activision seeking to have the patent declared invalid and bar Gibson from seeking damages. Activision's objections stem largely from the fact that Gibson has partnered with Activision in the development of Guitar Hero controllers since the game's 2005 launch.

In today's statement, Activision refered to Gibson's lawsuit as "a transparent end run" around the requested rulings on the validity of the patents, adding, "We will confront this and any other efforts by Gibson to wrongfully interfere with Activision's relationship with its customers and its consumers."

"As Activision noted in its filing, Gibson waited three years to make its patent allegations, and only did so after it became clear that Activision was not interested in renewing its marketing and support agreement with Gibson," the statement continued. "Activision continues to believe that Gibson's claims are disingenuous and lack any justification."

Speaking to E-Commerce [http://www.ecommercetimes.com/story/62120.html], patent attorney Dan Bourque said Activision may hold the advantage in the matter, saying it seemed "odd" that Gibson licensed the use of its name for Guitar Hero in 2005 and only launched its complaint now. He said the guitar maker's claim could succeed if it could prove it only recently learned of the infringing technology, but added, "Given the pre-existing licensing arrangement between Gibson and Activision such an assertion is implausible."

What patented technology is Activision infringing on? I didn't know Gibson made a guitar that let you press brightly colored buttons and let you actually make music.