Activision Blizzard CEO Bobby Kotick has been on fire this week. At the Deutsche Bank Securities Technology Conference in San Francisco he made a number of comments that seem to have been calculated to explode the heads of gamers, developers, and anyone who cares a jot about the industry. In a wide-ranging speech, Kotick ? who earned $14m last year ? dropped a number of bombs about Activision's future plans, none of which were designed to make anyone happy apart from Activision shareholders.

Essentially, Kotick is in thrall to the almighty dollar to the expense of all else. Thus: "In the last cycle of videogames you spent $50 on a game, played it and took it back to the shop for credit. Today, we'll (charge) $100 for a guitar. You might add a microphone or drums; you might buy two or three expansions packs, different types of music. Over the life of your ownership you'll probably buy around 25 additional song packs in digital downloads. So, what used to be a $50 sale is a $500 sale today."

This echoes a statement Kotick made last year when he explained the company's lack of support for some new games, specifically ones that don't lend themselves to sequels. Activision, Kotick said, has no interest in games that "don't have the potential to be exploited every year on every platform with clear sequel potential and have the potential to become $100 million franchises."

Talking of $100m franchises, Kotick likes the way that World of Warcraft is heading. "The best of all margins ? the 25 per cent operating margin business ? has the potential as we can see with World of Warcraft to be a 50 per cent operating margin business. What used to be a low 20s return on invested capital business is now growing to a plus 40 per cent return on invested capital business."

And he's not just setting his sights on Guitar Hero and WoW fans. Talking about upcoming and expensive Activision titles such as Modern Warfare 2, Kotick said: "if it was left to me, I would raise the prices even further."

Having fired these encouraging salvos at the gaming community, Kotick then switched his targets to console manufacturers, who he seems intent on putting out of business by "untethering" Activision games from other-party hardware. "I think what the untethered Guitar Hero does is equal the playing field a little more and give you some leverage with first parties when it comes to downloadable content and the business model."

Maybe the choice quotes of the event, though, came when Kotick talked about Activision's developers; you know, the guys who actually make the stuff he gets so rich from. You'd think he'd have a bit of respect for them, right? Oh no, Kotick's goal over the past 10 years has been ? you couldn't make this up ? "to take all the fun out of making video games." How? By instilling a culture of "scepticism, pessimism, and fear" amongst the company's staff based around the economic depression and an incentive program that rewards "profit and nothing else".

We're having a hard time coming to terms with all this. While we tend to expect mega rich corporate bosses to be at least a bit evil, this flagrant display of gamer hate has left us dumbfounded. Activision is a mammoth company, with some of the biggest-selling franchises in the world under its umbrella, but at the end of the day its profits come from the pockets of gamers who don't want to miss out on some great titles. If any other CEO exhibited as much contempt for his or her customers as Kotick has, their company would surely expect to face negative feedback or even a consumer boycott. But you just know that nothing like that will happen here. Apart from running the negligible risk of a few blogs printing pictures of him with devil horns or a Hitler moustache, Kotick knows that he's invulnerable. The gaming "community" just doesn't have the will or the organisation to, say, boycott Modern Warfare 2, and that ? even more than Kotick's comments ? makes us truly sad.

Correct me if I'm wrong but aren't these all really old quotes?
Also, he's Bobby Fuckin' Kotick. He can say whatever he wants and people will still buy Activision's games.

We all know that he is the Anti-Christ. We must stop talking and start acting. Let's go stick a flamethrower up his big fat arse.

It is old stuff, overall but not off those quotes were spoken off unless you looked deeper...I have to say though, I have flat out stopped buying Activision titles because I don't like the direction the company has been steered.

I wouldn't be surprised if some of their developers jump ship by the end of 2010 if he keeps up this mentality.
C

darkfire613 said:
Correct me if I'm wrong but aren't these all really old quotes?
Click to expand...

Probably i saw this on a different forum i did a quik search and didn't find anything.

darkfire613 said:
Correct me if I'm wrong but aren't these all really old quotes?
Also, he's Bobby Fuckin' Kotick. He can say whatever he wants and people will still buy Activision's games.
Click to expand...

Eventually they will stop. You can only crap on people so long before they are not going to wade through it anymore. Eventually they will just spend their money on more cost effective alternatives that other companies will love to step up to the plate with.
C

So the hate has spread to here now huh?

Not surprised, Bobby Kotik is a twat. He's notin the game industry to make good games, he's in it to exploit all us poor gamers because he knows that he can make the same game every year with slightly better graphics and increasingly trashy emotional undertones and you people will just lap it up.

Not got time to read all that as I've got an imminent lecture to go to, but a glance over it showed you put some stuff about Blizzard in there. For the umpteenth time folks: Blizzard and Activision are autonomous of one another. Kotick has no say in what goes on within Blizzard's four walls.

Not got time to read all that as I've got an imminent lecture to go to, but a glance over it showed you put some stuff about Blizzard in there. For the umpteenth time folks: Blizzard and Activision are autonomous of one another. Kotick has no say in what goes on within Blizzard's four walls.
Click to expand...

Yes of course, and Santa Claus also exists of course and is bringing you presents by pushing himself down your chimney...
Game Companies just change their principles and way of doing business from one day to the next, but again Kotick put it the best:

"You have studio heads who five years ago didn't know the difference between a balance sheet and a bed sheet who are now arguing allocations in our CFO's office pretty regularly. ... We have a real culture of thrift.
Click to expand...

Meaning "studio heads" didn't really care about finances before and actually MADE GOOD VIDEO GAMES, now it seems to be the other way around.
Click to expand...

Right it is all thier fault and we shoulder none of the blame. We never demand anything from them. We would never turn our noses up at a game that had weak graphics or less than spectacular production values. We would never support reviewers who give a game less than an average score because of the length. Or because the world wasn't big enough. And we would never steal from them. Oh no not us.

none of which were designed to make anyone happy apart from Activision shareholders.
Click to expand...

Sounds like Kotick's doing a great job since, y'know, those are the people who decide whether he gets to keep that $14M a year gig...and if you don't like it, call a stockbroker and buy ATVI.

That's what happens when you put an economist in an artistic world. They don't mix well. 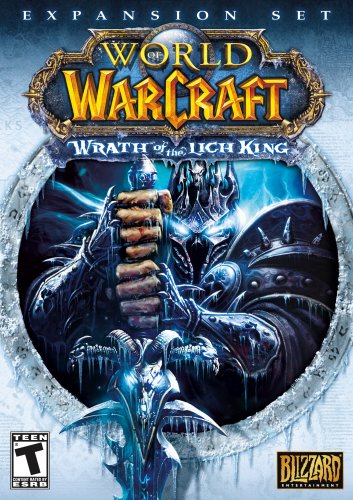 Can you point the name of Activision in this cover? Did you also went to the future and saw that the 3 Starcraft games are mediocre? And that the 3 parts are actually going to cost full price? And did you read any recap of Blizzcon and watched the new mod tools for Blizzard games? And that Blizzard is going to help modders by making some mods payable, so the mod teams can make some profit out of them? And that those agreements you pointed are probably the same to the Steam ones or any other type of chat programs?(You are aware that they don't have a team working 24/7 to monitor your conversations.)

The only thing that you managed to link Activision greed to Blizzard was the raise of the ticket prizes, and paying for the stream.

The only way I'm buying ANY Activision game is second-hand, since I know Kotick hates that. 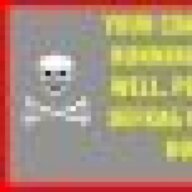 You know, I once made a thread calling EA evil. This was because of several things, but mostly dissolving Westwood studios. However I retract this statement, because they made Command and Conquer 3 themselves, and its a damn good game. As a whole, EA actually works to make their games better, instead of releasing the same game every year. Yes they do this with sports games, but they actually put a lot of work into them.

Also the fact that the C&C 4 is PC exclusive makes me happy.

Microsoft I would say likes to nickel and dime us, but they aren't beating a dead horse. Halo is still breathing. Also, A lot of games released under their titles Microsoft games and Games for Windows are pretty damn good.

As for Blizzard, they are working to make it worth your while with starcraft. It's not one game divided into 3 persay. They are working to expand all 3 sections, which would be a hell of a long game if it was released in 1. Also, I own every damn product they have ever made. Including the lost vikings.

In the end, competition has its place. There will always be companies going against Activision. Innovation and Creativity have always been behind a popular series, because if you don't distinguish yourself, you get lost in the crowd. Eat it, Bobby.

nikki191 said:
well at least he's upfront with the fact hes a greedy power hungry prick with no consideration for the consumers or his own staff.

three seperate products to buy for starcraft 2 if you want each single player campaign? hmm here in Australia i bet they will be around $50 aud each instead of the usual full price single $99. so they end up making 1/3 more on it.

i may of liked modern warfare, but i really have no interest to speak of in MW2 or starcraft 2 thank goodness.
Click to expand...

Once again: Blizzard =/= Activision. Furthermore, those Single Player campaigns are each as long as the entirety of Starcraft 1, which means you're paying full price for a full length game.