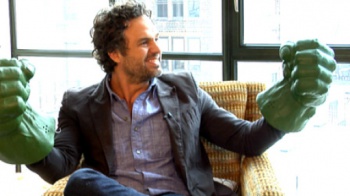 Marvel was originally against the idea, but is now "entertaining the idea" of a Hulk standalone flick, says Bruce Banner himself.

Do you want another film based on the green guy whom you don't want to get angry? It seems we might get another Hulk film at some point in the future. Actor Mark Ruffalo, who played Bruce Banner in 2012's The Avengers, confirmed this bit of news in a chat with DigitalSpy [http://www.digitalspy.co.uk/movies/news/a578447/mark-ruffalo-marvel-is-considering-a-hulk-standalone-movie.html#~oHxdSNPthemI6z]. Ruffalo states that while Marvel was originally against the idea of a standalone Hulk film, the studio is now considering it.


I think - for the first time - [Marvel] is entertaining the idea of it...When we did The Avengers, it was basically 'No!' And now I think there's some consideration for it.


However, don't go jumping for joy yet, Hulk fans. Ruffalo himself admitted that while Marvel might be entertaining the idea, it's far from being a done deal. "But there's still nothing definitive, not even a skeletal version of what it would be. I look forward to going down that road, if we could crack that nut," Ruffalo clarifies.

With how Ruffalo portrayed the green giant in The Avengers, I'd be perfectly fine to see him in his own Marvel film -- provided the story is good enough, of course. And it's not like Marvel can mess up the Hulk movie franchises with the way the first two panned out.

Would you want to see yet another Hulk standalone film? What do you hope they change in this one if this ever happens?

Need to have another hero besides the hulk, even in a hulk movie. Maybe bring Hawkeye and the silver surfer back. Def need a second high profile hero beyond something like a she hulk 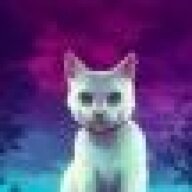 That's cool, I wonder who they'll get to play the Hulk?

Would be nice to see them do more with the Hulk than just trot him out for the Avengers team up movies, though I've never been especially convinced he can support a movie by himself. Maybe if they went the 'Professor Hulk' option where he gets the Hulk body but keeps Banner's mind, which might also tie into his "I'm always angry" style increasing control of the Hulk persona...

Or do a teamup like Dendio suggests up there. Making Black Widow a borderline deuteragonist in Winter Soldier worked well after all

I may be in the minority here, but I liked the Edward Norton Hulk movie. A pseudo-sequel to both it and the Avengers could be good, even with Ruffalo replacing Norton.
Banner being finally able to control the anger somewhat has great potential.

I'd rather see a Shehulk movie really. Partly because it could be interesting to have a half superhero, half courtroom drama film; and partly to give the finger to that DC prick who said Shehulk is just there to be someone Hulk would fuck, despite being cousins.


Dendio said:
Need to have another hero besides the hulk, even in a hulk movie. Maybe bring Hawkeye and the silver surfer back. Def need a second high profile hero beyond something like a she hulk

Silver Surfer is tied up in the Fantastic Four universe isn't he? So Fox would have the rights to him. Meaning he will never get close to Hulk unless Fox give back the FF rights.

A Hulk/She-Hulk team-up could be interesting. I doubt her fourth wall breaking would work well in film though, and that is a major part of her portrayal in the comics.

erbkaiser said:
I may be in the minority here, but I liked the Edward Norton Hulk movie. A pseudo-sequel to both it and the Avengers could be good, even with Ruffalo replacing Norton.
Banner being finally able to control the anger somewhat has great potential.
Click to expand...

I also liked the Edward Norton movie. It has the best first act of any of the first phase Marvel movies. I loved how they showed him controlling his inner anger and stress with various techniques. He needed to keep his body calm at all time. It pretty much showed that being the Hulk?wasn't something you wished. What probably made people think less of the movie was the supporting cast. Other than Edward Norton and Tim Roth, no one seemed to give a shit.

If I would make another movie, I'd add another hero in there. Iron Man would be pushing it. Hawkeye could be interesting. In the second Thor movie, Dr. Erik Selvig, the doctor who was controlled by Loki in the Avengers, went mad. I'm interested to know if that's a side effect from Loki's shenanigans and if Hawkeye is affected somehow. If he is, Banner having somehow a grasp on his emotions could be the guy to help Hawkeye adjust to the situation.

I think it really depends on the story... if they make a Hulk movie just to make a Hulk movie it will flop very much like the others. (Mind you I still do enjoy them from time to time). However, if they can find/think of an actual Story for Hulk to be centered around then yeah go nuts.

The problem I think is, at least from a non-comic reading person, the Hulk really only had two modes... Boring filler dialog bits, and HULK SMASH _____. If they can find something for him to do that is meaningful between scenes of him crushing military assets and builds, then power to them.
T

erbkaiser said:
A Hulk/She-Hulk team-up could be interesting. I doubt her fourth wall breaking would work well in film though, and that is a major part of her portrayal in the comics.
Click to expand...

Really only in her OWN comics does she do that. She doesn't really break the forth wall when she's hanging out with the Fantastic Four or Avengers.

But I do agree that She-Hulk could and should be in any planned Hulk follow-up. The courtroom drama/superhero style would be refreshing and unique in the Marvel cinematic universe.
A

I am also one of the few who liked Edward Norton's Hulk film and clearly the animators at Marvel did because the Hulk from Avengers Earth's Mightiest heroes cartoon looks a lot like him.

Back to the topic at hand, if they did a Hulk movie a supporting cast would help, the Hulk is the sort of thing that benefits from an expanded universe. If we are assuming he is in control of the monster then maybe the next step would be a movie where he befriends the Hulk, they learn to work together (in some stuff he can talk to the Hulk while it is in control) and turn the Hulk into a true hero. Some more comic book villains would also work instead of just the military. It is the super man problem again where people rely on the same thing in all the movies.

I'd like to see that happen. I enjoyed the one with Edward Norton, although that was mainly down to Norton and Tim Roth, with everything else kind of being a bit meh. Also thought Ruffalo was good in the Avengers movie too, so I'd definitely give a standalone Hulk film with him a shot.

Heh, cool. I mean, the last two films didn't work, but keep making movies about the same characters over and over, and eventually they won't be awful.

Either that or make movies about some hero that hasn't had a movie yet. Not a heroine, of course, that'd be silly.

I still want to see more of Tim Blake Nelsons take on The Leader so lets do this!

thaluikhain said:
Heh, cool. I mean, the last two films didn't work, but keep making movies about the same characters over and over, and eventually they won't be awful.

Either that or make movies about some hero that hasn't had a movie yet. Not a heroine, of course, that'd be silly.
Click to expand...

In fairness, their interest seems to be related only to the success of the Avengers. I doubt they'd be talking this movie if people didn't enjoy Ruffalo there. Besides, it's not like there are any women in that movie you could spin off into their own title or anything.

I'd love to see Ruffalo play more Hulk. He's a great actor and the best Bruce Banner yet. He'll have to have some sort of super big and strong opponents (and definitely not more Hulk vs US military) and maybe a teammate or two. Maybe give Renner some more screen time and introduce She-Hulk, depending on what happens in Avengers 2.

Dendio said:
Need to have another hero besides the hulk, even in a hulk movie. Maybe bring Hawkeye and the silver surfer back. Def need a second high profile hero beyond something like a she hulk

Agreed. Hulk doesnt work so well on his own as the plot is always there just to get him annoyed. Unless, as you say, add Hawkeye or someone and maybe have him sent on an Avengers mission. That way you can have a proper good script and plot, lots of banter and a great reason why he is doing what he is doing. So he is part of the story instead of just having random arseholes appear to piss him off. lol.

Maybe Hydra is trying to make their own monster. Or maybe write it so that Hulk loses it and maybe have the Hulkbuster suit turn up. Then they can link into a Avengers vs Hulk movie as hulk becomes uncontrollable and then World War Hulk. Also i cant remember but i were, but i read that in the last Hulk movie there was a cut scene where they wanted Abomination to join Avengers instead of Hulk. Maybe they could build it around that where Abomination wants revenge for being sidelined or something.

Im sure there are some hard core Hulk comic fans on this thread that can come up with better stories - dont really know many of his comic book villians.

Hell yeah, I'd be all for another Hulk movie. I thought that the second Hulk wasn't bad at all. Not perfect, and certainly on the lower end of Marvel movies we've had so far, but I'd definitely go watch it.

And frankly, any Hulk movie is already approved by me, as long as there's a CHANCE for She-Hulk to appear in the Marvel movies. I am damn ready for some She-Hulk.

I think we need it. Bruce Banner could certainly be tossed into all sorts of situations and


with SHIELD being under a HYDRA takeover at the same time as the movie, perhaps it could be about him being hunted by SHIELD agents + equipment on foreign soil. Possibly with Von Strucker getting introduced, Banner getting caught up between local politics and SHIELD's violent strike teams ending with Bruce pretending to peacefully surrender in order to spare locals from Strucker's atrocities and then Hulking out when Strucker opens fire on them anyway. Perhaps introduce other characters, maybe we see Tony Stark in the news and Bruce could hear on the radio after the credits about the events above Washington while being approached by someone new.
That's just a thought though, you can really do a lot of things with Hulk. Its a heroic monster movie!

Do people really not like 'The Incredible Hulk'? I thought it was pretty good.