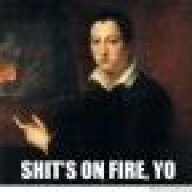 Okay, so lately I've been thinking of a show I watched a couple of times when I was but a wee lad, sometime between '89 and '92. I know I liked it, but it's been so long, and I can't recall the title (plus, different countries and different names, so...). I'd love to have a gander at it again, but so far Google couldn't help me, and I don't recall that many specifics anyway. I'm asking both anime and western animation fans because the animation style might possibly have been western (8-year-old me didn't get hung up on culturally-specific art styles), but the theme and *feel* I recall seems to be anime.
So, the clues:
- The protagonist' group were a bunch of... pretty much kids (I seem to recall the main character looking somewhat Son-Goku-ish, but I could be wrong).
- The setting... I don't quite remember, sorry. I seem to recall a vague Wild-Western flavour to the environments.
- Anyway, big point: the fights/battles. This is where it gets most specific in my head (and why I'm fairly sure it's Japanese): Giant Mecha/Golem/Big-Ass Robot. "Summoned" by the character (I think some others could do something similar) in a "suit-up"-sequence that went like this: the character loaded some kind of "gun" with a sort of amulet/medallion, then shot that along the ground. It would split, and trace a giant, pentagram-y "summoning circle", which would form a portal from which the huge bipedal machine would emerge. So, either fantasy, or sufficiently advanced sci-fi, or both. The kid would control that ride from "inside" (or another dimension?), standing on a small, bare platform that looks like it's floating in space? And there seemed to be some mutual feedback: if the bot suffered hits, the kid would threaten to fall of his platform, and some such.

Like I said, Google couldn't help me, and I don't fancy joining some obscure anime-fanpage just for this.
Please, help me, escapist forumites, you're my only hope!

Sorry, haven't got a clue. Since you mentioned the protagonist was similar to Goku I checked out on Dragon Ball creator Akira Toriyama, whose characters all share the same four or five models (cool designs but the guy doesn't have a lot of range). Anyway, can't seem to find anything fitting your description. But look up his '89-'92 work in the Anime section if you want. 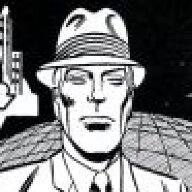 I'll even provide a link: http://www.animenewsnetwork.com/encyclopedia/anime.php?id=2240

Edit: Found a youtube video of the summoning bit.