Anime Series Terror in Resonance Is a Harsh Wake Up Call

Anime Series Terror in Resonance Is a Harsh Wake Up Call

This anime series is as dark as any gritty Hollywood drama as it follows two young men terrorizing Japan. 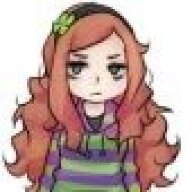 Some spoilers, not specifics, don't wanna put a spoiler tag at every second word, so, warning.


Loved it, a very good anime imho that also abstains from using too many tropes. My main gripe is the main adversary... nuh, I think villain is actually justified... that appears later on. Reminded me a lot of Death Note's L and M, only this time as a villain (yeah, the main characters are the "terrorists", so go figure... ^^).

Every character is more or less realistic, as far as anime goes, at least when it comes to looks. The main characters are geniuses, their main adversary in the japanese police is also highly intelligent, the only one amongst a group of morons apparently. But the main adversary of course dons a sorta-goth-lolita look with huge white hair and OBVIOUS psycho tendencies, which no one in the police and FBI seems to worry about.

Also, the very unrealistic (or not? no clue, seemed like it to me) interaction between the FBI and the japanese police, i.e., the japanese police lets the FBI walk all over them and doesn't even stop the cooperation when the FBI commits plenty straight-up illegal and dangerous stuff.

Those are my two main gripes, otherwise an anime that's rather light on tropes, has a more adult, darker theme and tone, and somewhat morally ambigious.
P

In our reality, Japan isn't allowed to have an armed force. Article 9 of the country's constitution, which was drafted under U.S. occupation following World War II, states the "Japanese people forever renounce war as a sovereign right of the nation and the threat or use of force as means of settling international disputes... Land, sea, and air forces, as well as other war potential, will never be maintained."

panador said:
Also, the very unrealistic (or not? no clue, seemed like it to me) interaction between the FBI and the japanese police, i.e., the japanese police lets the FBI walk all over them and doesn't even stop the cooperation when the FBI commits plenty straight-up illegal and dangerous stuff.
Click to expand...

I saw that as a symptom of the US foreign policy placing an extreme amount of pressure on Japan, maybe a bit more extreme than we see in reality, but an extension of what actually does happen. After all, the US has a military base in Japan. If the US found out Japan had a nuclear bomb, they would be all over that because 1) that's dangerous, 2) the US isn't fond of most countries other than itself having nuclear weapons, 3) Japan's not even allowed to have nuclear weapons as per a US-drafted constitution.

So while it may be more extreme than the US-Japan relationship in our reality, I do think it was a good portrayal of just how much influence the US has over Japan.

This is a Watanabe anime? It doesn't really seem like his usual style. I might have to check this out.

...Okay, now I'm curious. I'm interested in checking this one out, even if the content hits a bit close to home...

Soviet Heavy said:
This is a Watanabe anime? It doesn't really seem like his usual style. I might have to check this out.
Click to expand...

You're right! Its art style is especially different from his other recently finished airing anime, Space Dandy. That one is all about exaggerating animation, whereas Terror in Resonance looks quite realistic.

Great series overall but I found that it ended up almost playing too nicely, especially with Sphinx. Particularly once Five was introduced, the grey areas of the show faded away to some extent and the show became too much about the obviously just misunderstood good guys. It would have done well to be a little more mysterious.
Show hidden low quality content
You must log in or register to reply here.
Share:
Facebook Twitter Reddit Pinterest Tumblr WhatsApp Email Link
Top Bottom