The Eidos [http://www.amazon.com/Deus-Ex-Human-Revolution-Augmented-Pc/dp/B004EIOH80/ref=sr_1_1?ie=UTF8&qid=1305295523&sr=8-1] websites were hacked yesterday by a "splinter group" of Anonymous the defaced the front pages and stole personal information belonging to thousands of registered users.

Visitors to log [http://www.deusex.com] of the culprits discussing the hack on IRC. The attackers claim to have stolen personal information belonging to at least 80,000 registered DeusEx.com users, plus roughly 9000 resumes from Eidos.com They apparently plan to post the information on file-sharing networks.

The log also suggests that the splintering of Anonymous, if that's what it can be called, is continuing. It was reported a few days ago that a "rogue admin" named Ryan had turned on the group [http://www.escapistmagazine.com/news/view/109920-Disgruntled-Anonymous-Faction-Maliciously-Attacks-Anonymous] and taken control of AnonOps; in retaliation, the Eidos attackers left behind "evidence" implicating Ryan in the attack, including his supposed real name.

"This is how those guys roll: one day they work together, the next they war. They drop dox on each other like it's a game," an anonymous Anonymous told the site. "Its like they hate each other but will work together on certain ops if it suits them, but then might turn on each other in the end... and then laugh it off."

The group also discussed using the hack to disseminate a "nasty virus" through an exploit kit on the main page, although that part of the plan ended up going nowhere; one of the hackers dismissed the idea as impractical and recommended that the group stay focused on the "srs biz" at hand.

UPDATE: Square Enix has released the following statement regarding the attack:

Square Enix can confirm a group of hackers gained access to parts of our Eidosmontreal.com website as well as two of our product sites. We immediately took the sites offline to assess how this had happened and what had been accessed, then took further measures to increase the security of these and all of our websites, before allowing the sites to go live again.

Eidosmontreal.com does not hold any credit card information or code data, however there are resumes which are submitted to the website by people interested in jobs at the studio. Regrettably up to 350 of these resumes may have been accessed, and we are in the process of writing to each of the individuals who may have been affected to offer our sincere apologies for this situation. In addition, we have also discovered that up to 25,000 email addresses were obtained as a result of this breach. These email addresses are not linked to any additional personal information. They were site registration email addresses provided to us for users to receive product information updates.

No dissemination or misappropriation of any other personal information has been identified at this point.

We take the security of our websites extremely seriously and employ strict measures, which we test regularly, to guard against this sort of incident.

I question whether the hack in question is Anonymous. I'd go as far in saying that it's not Anonymous here. The use of a username in the announcement of hacking and the lack of the "We are legion" line is a giveaway.

Uhm...way to go Anon. Yeah, h4x0aring a gaming site is definitely going to resolve your internal schism quite nicely.
To be honest, I liked them better during Operation Payback days, or when they hacked that security firm.
V

Can somebody tell me why they went after Edios? What the fuck did they do to piss off Anon, at least the dick part that seems to want to hold the world hostage until they get their way.

These guys are a bunch of assholes, one minute they'll inflate their ego by claiming to fight for the oppressed, the next they choose to hack video game companies' online systems and steal their users' information. I almost want to encourage their idiotic behavior, so I can laugh when they inevitably get caught

Man, when the hammer falls on the people doing these things it's going to hurt.

I think that hacking the 'Deus Ex' site and writing "the original was jesus christ's second coming. You can't compare to that, and you aren't even developing the PC version yourselves. Shame on you.' Would be much more effective.
Because it's the truth.

Anonymous VS Anonymous. This could get fairly evil/ugly/amsuing.

I shall be watching for now.

I was wondering what had happened to that budding Anon civil war we'd heard about a few days ago. Looks like it's in full swing. This will be fun to watch.
B

Nothing to see here, don't wish for touchy people to do any more damage to my health meter. 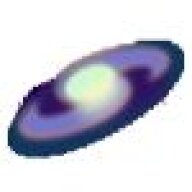 Im calling bullshit on this. Anon LOVES Deus Ex; there's no reason for them to do it.

It'd be more believable for the whole "hacking" to be Stealth-Publicity or some sort of ARG.

The Plunk said:
Anonymous didn't do this, Chippy1337 did. You can't be anonymous if you have a name.

Yup. How can you be anonymous if your identity is separate from everyone else?

Gah, anonymous or not, they're going too far. I mean, why there? Why Eidos of all places? What in the flying fuck did they do?

The Plunk said:
Anonymous didn't do this, Chippy1337 did. You can't be anonymous if you have a name.

Yup. How can you be anonymous if your identity is separate from everyone else?

Gah, anonymous or not, they're going too far. I mean, why there? Why Eidos of all places? What in the flying fuck did they do?
Click to expand...

See, this is why decentralized organizations like Anonymous seldom last for long. Eventually there's going to be a falling out between people who have differing views, and before you know it all sorts of radical splinter groups spring up that have their own agendas.

Even if the "official" Anonymous stance denies involvement, they are by proxy, since they inadvertently created this rogue group.

On the video game industry's end, this and the PSN network shutdown should be seen as a major wake-up call to beef up online security.

Delusibeta said:
I question whether the hack in question is Anonymous. I'd go as far in saying that it's not Anonymous here. The use of a username in the announcement of hacking and the lack of the "We are legion" line is a giveaway.
Click to expand...

Yeah some of the recent "Anon" attacks don't really match up with their agenda and motive. It's difficult to tell with an amorphous entity like Anonymous exactly whats going on much less if someone is doing it in their name, etc.
M