Assassin's Creed 2 to be held back to build anticipation 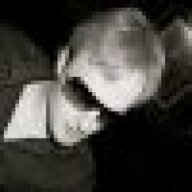 Why is it that the people in charge of the big Gaming companies are so very VERY out of touch with the people they're trying to sell stuff to? Surely they'd at least have the sense to do a little market research and actually find out what we want?

Or maybe it's that their market research just shows up the views the loud minority of 13 year olds gamers... 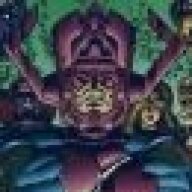 Shiuz91 said:
... I have to go lay down for a while and listen to some Neil Young so my brain will stop hurting.
Click to expand...

I think I'm going to do this too, probably On the beach.

I think they should delay the game until everyone forgets what a failure the first game was to play. Boring. Sold for graphics was never a franchise maker.


Vanguard1219 said:
So Ubisoft is using the "Cartman" approach to marketing. "This game is super awesome, but you can't have it!" The theory is that by not letting the customer have it, they want it more.
Click to expand... 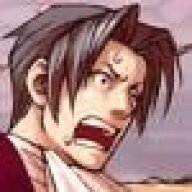 You know, I'm not convinced this is a case of 'let's finish it, then sit on it until people want it'. I think it's far more likely that they decided to go with a 'let's work on other stuff, and finish this when people actually feel like playing it it, because i think they've all had just about assassin's creed for now.'

If that's the case, they're just doing what everone else does - if they reach market saturation they make something their top priority. Hell, i *don't* really care if assassin's creed 2 didn't come out for another year, because it wasn't *that* long ago i finished the first one. It sounds more reasonable because it means that the technology involved is less likely to become outdated, and they can work on other projects that will become profitable sooner. And you know what? It *is* true that if people aren't interested in buying something as soon as it comes out it's far less likely to be profitable in the long run.

I don't think you're buildign anticipation within the already existing fanbase by postponing a release. What you will do hoewever is make more people aware of the game before it comes out, draw them in with shiny ads and sneak peeks to get more people's attention.

For people already anticipating the game and who'd buy it regardless, this is just infuriating.
D

maybe the guys from ubisoft need to be inventive in their pr department... how about telling people the game was nearly finished, but then some design genius decided to scrap everything just to rebuild and make a better game!! well... nobody would believe those stories, right!? xD

ah crap, it is a shame the next zelda is like three years or something away...
H

not exactly a good idea, like tv shows that they put on hold, only the die hard fans will be back. i believe they're over optimistic on how important this game is to people, is was a "kind of" fun game, but i doubt they'll get any kind of gta 4 or halo 3 hype. 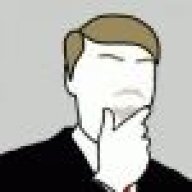 Pushing a game back time after time makes me less and less likely to actually buy a game when it comes out.

What if it turns out to be shit then? They'll firebomb their building... 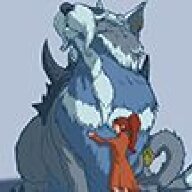 Why would they actually RELEASE that statement. Its like Disney saying: "We're gonna release a bunch of sequels to out movies to milk you for your money."
B

This is like Peter Molyneux begging us to find people who might give his game a good review, and telling us to start looking among the people who aren't interested in games.

The longer it's unreleased, the more chance there will be of a leaked torrent if it's actually complete at any point during this lack of release.
V

Well, regardless of whether the first one was "good" or "bad" (I never played it, or have any interest in), it is their game and they can release it whenever they want.

Though this idea is based upon getting more money by making the gamers who want the game to enter a sort of frenzy, in my opinion.

It would be pretty ironic if they do release the game and it doesn't sell because people found something else to entertain themselves with while surviving the "anticipation hunger strike", or whatever it should be called.

This is funny to me. Did it ever occur to the devs that PoP Warrior Within and Two Thrones didn't sell because they weren't very good? Once again yet another marketing moron makes the mistake that people are somehow incapable of telling quality from trash.

KissofKetchup said:
At least they're not rushing it. That's about the only positive here...
Click to expand...

you don't understand, the game would be finished, but they wouldn't release because they think it builds the desire to purchase it.
Click to expand...

It doesn't. Threads and discussions like this however, build publicity... and hence the number of potential buyers.

Its rather evil, really, this entire thread is just the sort of exposure they want.
Click to expand...

I think the people in this thread getting angry and saying they won't buy it hint that this isn't the kind of publicity they wanted and a good measure of what other gamers would think too. Even if not everyone follows through with their personal boycott, even one is a lost sale because of this stupid strategy. I'm not going to be buying it either.

Nurb said:
EA is nearly bankrupt so its a start
Click to expand...

How is that a good thing?
Click to expand...

-They buy up small developers for IP and release new games of poor quality
-openly admited quality isn't a big factor in their game strategy
-withold content from a full priced game so they can sell it to you 2 weeks later (mirrors edge)
-abuse the microtransaction system by nickle and diming gamers that actually pay (think horse armor)
-Brutal DRM that PC Gamer has shown to affect PC performance
-overall sleezy business practices like buying up sports team licenses instead of competing and improving your game.

They need to be brought down one way or another so the smaller developers like those that made so many of the games that pushed the industry from the start (before they were bought up in the 90s by the growing EA behemouth) can put new ideas in the market again instead of safe money makers that drop in quality while the numbers of sequels reach 4 and 6.
D

Grampy_bone said:
This is funny to me. Did it ever occur to the devs that PoP Warrior Within and Two Thrones didn't sell because they weren't very good? Once again yet another marketing moron makes the mistake that people are somehow incapable of telling quality from trash.
Click to expand...

interesting observation... but i really think the problem is that marketing guys tend to not be able to tell quality from trash themselves... that is what their job is about in a way... isn't it!? 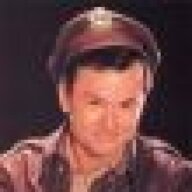 In trying to see the glass as half-full, maybe Ubisoft actually has a great idea. I think sales will be boosted, but not because of their retarded line of thinking. No, I think sales will be boosted, because their devs will have more time to polish the game, rather than have to half-ass the last 2 months of the dev cycle because of time-constraints. Who knows, maybe if we let them think anticipation sells, producers will stop rushing games, and we'll stop getting KOTOR 2 endings. 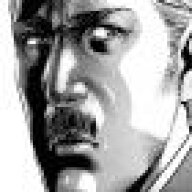 Film of eight O'clock news calling game executives pants-on-head-retarded released. Game executives refuse to respond on the grounds that it will build the anticipation for when they do respond.

And that is what causes piracy....

Film of eight O'clock news calling game executives pants-on-head-retarded released. Game executives refuse to respond on the grounds that it will build the anticipation for when they do respond.
Click to expand...