There's a new developer diary out for Vita's Assassin's Creed: Liberation, and it fills in a few more intriguing details on what we can expect from main character Aveline's series debut. Lead scriptwriter Cory May claims that the goal is to "replicate the console experience on a hand-held," and, judging by some of the fantastic gameplay shots shown in the diary, they're pretty close to that goal.

"You will find it's as large and deep as any of the entries in the console series," May promises. In addition to the gameplay footage, a meeting between Aveline and Assassin's Creed 3 protagonist Connor is teased. "Over the course of the adventure Aveline will meet up with and interact with Connor," May said, "I don't really want to say much more ... yeah, you'll see."

He said that just as a still with Aveline and Connor fighting back-to-back against several foes floated across the screen. Team-up, maybe? Here's hoping!

Assassin's Creed: Liberation features Aveline de Grandpré as the first playable female character in the series, and is set in New Orleans during the late 1700s. The title's due out October 30th for PlayStation Vita.

I would love to play this. But their is no way in hell that I am buying a Vita for one game and none of the others seem all that appealing. I hope this is not referenced too much in AC 3. 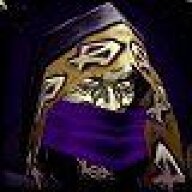 Lead scriptwriter Cory May claims that the goal is to "replicate the console experience on a hand-held"
Click to expand...

And why the hell not a PC experience, hmm? HMM? They could at least acknowledge that it exists. This way it makes it sound like a console-only game.

I think I get it now.

OT: And well, yeah, this sounds pretty cool, I guess. I don't have Vita, so yeah.

I really need to get a Vita now.

From what I've seen of the game it looks pretty damn awesome.

I was thinking the same thing, so they might be assassinating each other, if you know what I mean. 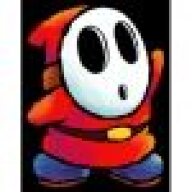 This might be more appealing of a tie-in if it came out before AC3. I don't understand the reasoning behind launching both games simultaneously. You will only lose potential sales to thos who will prioritize the console sequel over the portable spinoff.
Shame, because this actually looks like it's going to be worth playing. Still doesn't completely justify buying a Vita to me, though.

I know that Connor's supposed to be the big cool protagonist bloke but this pirate lady seems a hell of a lot more interesting.
S

Okay, so those of us buying the console Assassin's Creed III, will we get to meet her? Because I would like to meet a female assassin who acts like the main characters from the other games. Rebecca and Lucy don't count. 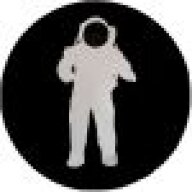 I was thinking the same thing, so they might be assassinating each other, if you know what I mean.
Click to expand...

Connor has a hidden blade that won't retract. Aveline knows exactly how to help.

OT: Cool I guess. Although being in the same time period it seems like a logical thing to do in order to link the two games.

And this is news because...? (Not attacking you, Escapist. Just the news)

It sounded like that was gonna happen from the beginning. Both are happening around the same time period, both are being released at the same time and...yeah. It's not the same as when AC1 and 2 got a portable game too. In that instance, it was the same protagonist anyway so it was clear it would be linked. But if that wasn't a good enough clue...well...
You know what? Call me bitter; this just wasn't surprising for me.
Show hidden low quality content
You must log in or register to reply here.
Share:
Facebook Twitter Reddit Pinterest Tumblr WhatsApp Email Link
Top Bottom