The highly anticipated Chronicles of Riddick package gains an April 7 release date in the US, with Europe set for April 24.

If you found it difficult to muster up excitement over the oft-delayed, Vin Diesel headlining first-person action title that is also prone to being abandoned by would-be publishers, maybe it's because you thought it'd never see the light of day. In a press release, Atari, at long-last has placed a date on The Chronicles of Riddick: Assault on Dark Athena [http://www.escapistmagazine.com/news/view/87810-First-Look-At-The-Chronicles-of-Riddick-Assault-on-Dark-Athena], making for an April 7 release date in the US for the Xbox 360, PlayStation 3 and PC editions of the game. Europeans will have to wait a few weeks to get their hands on it as its due for them April 24.

The Chronicles of Riddick: Assault on Dark Athena is a package of two games. The first of which is a high-definition reconstruction of one of 2004's best-reviewed titles, Escape from Butcher Bay, while the second is an all-new adventure of equal length, Assault on Dark Athena. Starbreeze is also promising a brand-new multiplayer mode, complete with a gametype where one player assumes the role of The Pacifier [http://www.imdb.com/title/tt0395699/] himself, Vin Diesel.

For those still on the fence, Atari plans to release a demo come this March for Xbox 360 and PlayStation 3 users, though no word on which of the two games it will feature.

Hells yes, I've had my eye on this for ages, absolutely pisseed that I have to wait to play it since it looks great, judging by the trailer from a while ago..

Yes, I'm going to say this every time there's a Vin Diesel post.

I'm shocked how much I like Vin Diesel product. I know it's all just cheap explosions for money, but I gotta say, the man really knows how to pull off a sincere cheap explosion. You just don't get actiongasms like his stuff anymore, with the attention to detail and just the clear impression that the guy and his guys care so much about the material. He really seems to make stuff he loves, and loves it enough to make it right. Such is becoming increasingly rare, in all forms of media. T'is quite sweetness.

(BTW, I still think Zakk Fuel would be a cooler name. Or Jazon Lectro. Or Max Power. It's the name you love to touch...)

Damn it! Why do I have to wait nearly 3 extra weeks than those cross ponders? Oh well, it's coming out a lot earlier than I thought it would, that makes up for it, looking forward to it. 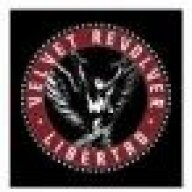 They're shipping it with a re-mastered original? I hope thats a trend that picks up. 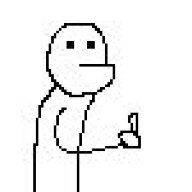