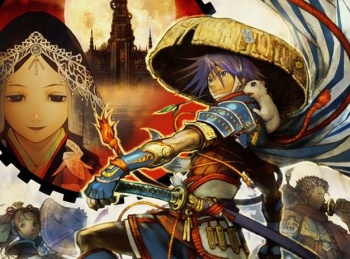 Continuing their mission to bring obscenely hard Japanese videogames to English-speaking shores, Atlus has announced that they plan to publish Wii dungeon crawler Shiren the Wanderer 3 in North America next year.

Atlus has always had the market cornered in the West for videogame masochists with a taste for the hyper-Japanese, but they seem to be on even more of a roll lately in publishing soul-crushingly difficult titles many had feared would never make it to English-speaking shores. Demon's Souls was their last announcement in this vein, and now they've revealed that Shiren the Wanderer 3 [http://www.atlus.com/shiren/], a dungeon crawler for the Wii released last year in Japan, will be making its way to North America next year.

You might be familiar with Shiren and the Mystery Dungeon franchise if you played Shiren the Wanderer on the DS last spring, a Sega published port of a Super NES title. The games belong to that lineage of dungeon crawlers known as roguelikes [http://en.wikipedia.org/wiki/Roguelike]: brutally difficult games with randomly-generated dungeons, items and enemies that require a ton of ingenuity and a bit of luck to avoid the constantly encroaching specter of permanent death. Yes, when you die you need to start all over again.

Shiren takes place in rural Japan - you play as Shiren (duh), a nomad with a straw hat, a big sword and a pet ferret. In addition to being "highly rewarding" and "endlessly replayable," Atlus says that Shiren 3 is "the most accessible Shiren game yet." Take that with a grain of salt. When Atlus says "endlessly replayable," they mean you'll be replaying the game forever because you keep dying.

Shiren the Wanderer will be available on Wii next spring.