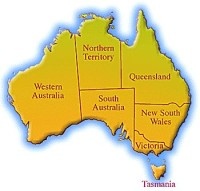 The number was driven largely by the release of the Nintendo DS [http://www.playstation.com]systems made a significant impact as well, saying they "really hit their stride" after being released late in the previous fiscal year.

Total industry revenue for the year ending June 30 were $1.03 billion, an increase of 15 percent over the previous year, and $200 million higher than movie box office income. Chris Hanlon, chief executive of the Interactive Entertainment Association of Australia [http://www.ieaa.com.au/home/home.do], said the results were proof that videogaming had become a legitimate form of entertainment among Australians. "The stereotype of gaming as a children's pursuit is simply wrong, with the average gamer age in Australia at 28," he said.

The sales figure includes both gaming hardware and accessories as well as videogames themselves. Morse said the increase was evenly spread, with hardware accounting for 40 percent of the year's revenues, and software the remaining 60 percent.