It may not be news when a recent game gets an expansion, but when Baldur's Gate - a game first released in 1998 - gets a new expansion, we sit up and take notice.


First off, this is not an April Fool's joke - it's definitely real. Beamdog - the company behind the Enhanced Edition of Baldur's Gate - created this expansion that bridges the gap between the first and second games in the series. It adds a ton of content, including new locations, new monsters, and new rewards. It also adds a new class - the shaman. You can even play cooperatively with a friend.

You can grab the new expansion for $20, assuming you already own the Baldur's Gate Enhanced Edition. If you don't, you can pick that up for just $5 this weekend on Steam.

If you somehow haven't ever played Baldur's Gate, this is a great time for you to remedy that ailment. If you need more information on the new expansion, you can check out the official expansion site [http://www.siegeofdragonspear.com/].

A game I truely love, I will be picking this up asap, thanks for the reminder and cannot wait for a bit more of good old D&D action in the Realms.

On a side note i really liked the realms as a setting before the end of 3.5 anything before 4th just felt a better more whole universe of complexcity(narative not rules, the rules of 4th have other issues but thats not my point), might just be me but they just kept killing gods or characters a bit too willingly watered it down too much. An example is when they killed Helm(the god) which for me broke a link with the death of Mystra(and Bhaal, it kind of keys into this game quite keenly to be honest)just felt off... but I prattle on so i'll stop moaning off topic, go play Baldur's Gate and I hope you enjoy a truely great RPG as much as I have. 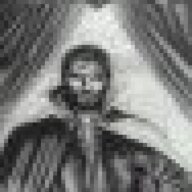 If this ends up being an April fools joke I'm going to have some words with Beamdog.

I'm going to buy this. It sounds great. Would've LOVED if it were content put into BG2, rather than 1, but I'll take it.

I don't understand why these games are so abandoned. Yes the games are sold to everyone who's eve likely to buy them...but I'm going to buy this and would buy expansions for many other games. F.ex I genuinely believe Bethesda killed Skyrim support way too early. Why couldn't they make 2-3 or more big expansions, and add more little things like they did with crossbows? I would buy a new Skyrim expansion right now. I would buy new expansion content for all of those grand RPGs, NWN, NWN2, TES, BG, IWD, I'll buy all of it.

Hasn't Dragonspear been in development since the enhanced edition came out?

I very much doubt I will be playing this, as I thought the Enhanced Editions were very disappointing and painted Beamdog in a poor light for various reasons.

They were in an awful state at release, which is just sad considering that were supposed to be improving the original games, and not introducing new bugs. This has been patched, but if they can't manage a remastering, what will a new release look like?

I also found the new content very poor, and some of the writing downright abysmal. I am not just using that word to be hyperbolic, I honestly found it that bad. Only today, I played one of the new quests in the BG2: Enhanced Edition and some of my PC's dialogue options made me want to groan at how bad they were. They made no sense within the context of the world or who my character was supposed to be, and unless you were roleplaying as a painfully unfunny moron, they were extremely jarring. The dialogue should be immersing me in the experience, not constantly taking me out of it.

The new area also had very poor art. A lot of it just looked like 3d assets with low resolutions painted into a 2d engine, lacking any of the artistic quality that the original backgrounds had.

Beamdog has done nothing to convince me they have the necessary talent to create something of their own, and I'd be surprised if that changes. I'd love to be proven wrong, but they have already failed with the two chances they had to do so. I'm sure this will sell anyway, since it has the name "Baldur's Gate" in it and there are enough people who will buy anything related to that series. 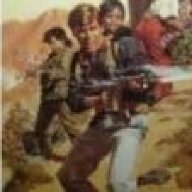 Seems your concerns weren't unfounded. Hearing reports of some pretty significant bugs, including an import related one. 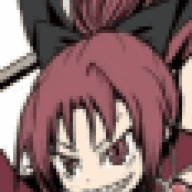 Plenty of sweet mods about for free as well. Just re-installed BG2 + TOB, and picked up some of the modded characters to add a bit extra spice. Got a sweet portrait pack to go along with it.

Although one problem with the download is that I assume I'll lose most, if not all of the cool loot when I head over to BG2 >

Wary Wolf said:
Plenty of sweet mods about for free as well. Just re-installed BG2 + TOB, and picked up some of the modded characters to add a bit extra spice. Got a sweet portrait pack to go along with it.

Although one problem with the download is that I assume I'll lose most, if not all of the cool loot when I head over to BG2 >
Click to expand...

Heh, hearing about this made me want to replay BG2 + TOB as well. As should be clear from my previous comment, I'll be steering clear of the new content in the enhanced edition. Though I will be trying out the new Blackguard kit for my main character. Immunity to level drain sounds like the nicest thing to have with all the frikkin' vampires you have to squish in that game.

Oh geez, it's getting review-bombed on gog.com because of hermaphrodites.

I went and looked at the Steam reviews. All bar one of the popular positive reviews praised it for being more of the same. I have no idea how accurate this is, but one review just said to buy it because "transphobic asshats" are downvoting it. I don't like to lightly throw around accusations of any kind of phobia or ism, so I'm inclined to think this is a bit over dramatized.

From some digging, the best representation of the issues people are having with the writing is the lack of options. The aforementioned trans character apparently explains they're trans and you get three basically identical options, when some players want to play a character who has the tolerances of someone from a previous couple of centuries. I quite like the idea of playing a really horrible character, so I can get why people aren't happy. In fact, the whole idea of giving up this information so quickly seems odd to me. If I were a trans person who transitioned convincingly (And in a world of magic, they probably can) I would not want to volunteer this information.

And as somewhat of a history buff the idea bothers me slightly. Being trans as an identity is relatively recent. I don't know the exact year, but it's out of place in a medieval/renaissance-esque setting. Look up Elagabalus [https://en.wikipedia.org/wiki/Elagabalus] for what I would want out of a trans character in an older setting. Not feeling comfortable with the skin they were born into, so they try to pass as the opposite sex and will likely be insistent on being addressed as the opposite sex, which would be an even more strange behaviour than it is today.
Show hidden low quality content
You must log in or register to reply here.
Share:
Facebook Twitter Reddit Pinterest Tumblr WhatsApp Email Link
Top Bottom