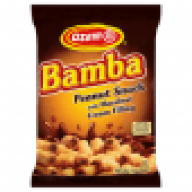 Alright so, Maple Story has been my favourite online game for a long, long time. I thought it would be worth my time reviewing it, as its truly a great game in many ways. Before I begin though, I must mention that Ive never reviewed a game before so basically its my first time right now. Therefore, the review might be not very detailed, repetitive, or sound weird and stupid. So I just wanted to inform you all about this. I promise though, that I will do my best to write the review the best that I can.


Maple Story is a 2D MMORPG online game, originally developed by Wizet, and now developed and published by Nexon. The game has various versions of different regions of the world. Personally, Ive played the North American version for about 3 years, and after that moved to the European version and played for another year. The game basically begins once you create a character and enter the Maple World.

Over the years, Nexon has released a large sum of updates, and there are now many, many classes to play in the game. Among them are Warrior, Mage, Archer, Pirate, Mechanic, Wild Hunter, Evan, Aran, Mercedes, Demon Slayer.....the list goes on and on. Basically the game's idea is relatively simple, and similar to many other MMORPGs - leveling up, eliminating monsters, upgrading your gear and so on. The game is full of players, so there's always people you can talk to and play with. Upon forming a party with other people, you can share experience points of monsters and money dropped with people, as well as communicate with them via party chat.

Because of the large amount of classes mentioned above, there is a lot to play the game for, since once you get bored of one class, you can create another one and play it, and with around 20 classes to play it sure gives the opportunity to find the class you enjoy the most. Personally Ive never had a favourite class or a class I enjoyed the most, what I did was play each class and stick to it until I got bored of one, and then I simply go try another.

The game has various features that enhance the experience. There are various Party Quests which require at least 3 or more people in your party to enter. Together with other people, you need to complete the party quest and going through various obstacles of different kinds. There are also powerful bosses in dungeons and caves that can be battled with other people, or by yourself(known as solo, which can be difficult if you're not strong enough). Like most other MMORPGs, you have HP and MP(Health points and Mana points, respectively), the HP is your health and once it reaches zero, you die and return to a nearby town, while Mana is required to use most skills.

After playing the game for about 4-5 years I can assure that Maple Story can be a lifetime experience for those of you who never played it before. It has changed so much since its initial release, which had only 4 classes and very few things to do in the game, but now there are so many Quests, classes, monsters, Maps, bosses, and so much more that it'd be such a pity for people not to even try the game. I truly recommend Maple Story over any other MMORPG because of the huge amount of content present in the game, and the easiness of playing it. You dont need to learn much in order to know how to play the game - a short tutorial at the beginning of the game tells you pretty much everything you need to know, and from there onwards its just your story!