//cdn.themis-media.com/media/global/images/library/deriv/1355/1355489.jpgGearbox's shooter is getting new content for both single and multiplayer today.

Since Battleborn characters [http://www.escapistmagazine.com/news/view/167297-Battleborn-Launch-Trailer]. Today, those offerings are expanding, as the developer rolls out the first of five planned story operations.

The new operation is titled Attikus and the Thrall Rebellion, and will tell a film-noir style tale with Attikus in the main character's role. There are plenty of new rewards as well, including two new skins for each of the 28 characters in the game, six new titles, three new taunts, and Faction Commander packs that are earned by hitting the max score in a mission.

Attikus and the Thrall Rebellion is free to anyone who owns the Season Pass or Digital Deluxe editions of Battleborn. If you don't, then it will set you back $4.99, or 700 platinum in the in-game store.


Even if you don't buy the story operation, there's new content coming to the game. The new, free PvP mode, Face-Off, launches today as well. In this new mode, you'll take on loads of Varelsi, collect the masks they drop, and deposit them. The first team to collect 500 masks wins the game.

While that sounds fairly simple, the Varelsi will increase in difficulty as the 15-minute round progresses, and you'll have to deal with the other team as well, who can kill you to take some of your collected masks. Since the deposit location for the masks is in the center of each map, things may be a bit contentious. You can learn more about the Face-Off mode in this offcial blog post [https://battleborn.com/en/news/view/face-off-mode-comes-to-battleborn/].

There are also a number of Halloween-themed skins hitting the in-game marketplace later today, although they'll have a hard time topping the Frankenstein-style zombie skin that's already there for Ghalt.

These are great additions for Battleborn, but you have to wonder if it will be enough to pull people to a game that has struggled for players, despite being quite fun. Gearbox isn't stropping here, as there's a fourth new hero, Kid Ultra, a new PvP mode, and another story operation planned for release in the coming weeks. It's good to see that, despite its troubles [http://www.escapistmagazine.com/news/view/168531-Battleborn-Free-to-Play-Rumor-Squashed], Gearbox hasn't given up on the game.

All of today's updates will start rolling out at 5 PM ET.

I can't be the only one surprised that they're still pushing content out for this game. As of time of writing there's less than 200 people playing this on Steam
R

I think they went insane. They really hope people will be PAYING for this?
D

Rastrelly said:
I think they went insane. They really hope people will be PAYING for this?
Click to expand...

Honestly, theres probably a bunch of people that impulse bought the season pass deluxe edition of the game, or while the game was in the humble bundle bought the season pass since they got the base game so cheap (like myself). I'd be pretty upset if they didn't follow through with their promises of dlc, even if I got refunded my money (which I likely wouldn't cause it also came with the new characters they've released 2 of already). Though there are only a small few actually PLAYING the game still.. it still sold pretty well. I do think it is overpriced though. 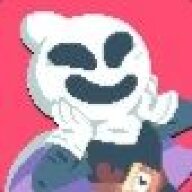 I'm sure this will make their 15 players very happy.
K

So you are making paid DLC for the < 1000 people still playing the game... As much as they deny it, F2P or this game goes bust

Are they legally obliged to produce the content because people paid for it? Any sane person would have jettisoned this failure and cut their loses. F2P won't save the game either, seeing as Paladins has soaked up all the players that won't buy or can't buy Overwatch.

I actually respect this. Despite the low player base they are still giving them promised content instead of just leaving them hanging. Good on you, Gearbox

The Enquirer said:
I can't be the only one surprised that they're still pushing content out for this game. As of time of writing there's less than 200 people playing this on Steam
Click to expand...

Considering they have a season pass they need to fill. Not really.
Stil, it doesn't change the fact that the playerbase is 300 max on PC, and I doubt it is any diffirent on consoles. And the fact that there are 2 characters, plus 4 more DLC operations in the works won't change mch about it.
I

Their solution to the atrocious matchmaking was to hide player levels, so you don't know if you are about to be raped by a premade of 100s or you are stuck with lowbies who always pick snipers for brawl maps, awesome job folks.
W

DaCosta said:
I'm sure this will make their 15 players very happy.
Click to expand...

15? That's the most generous assumption on their playerbase I've seen yet. I was going to say '6'. 15 implies there's still enough people playing to get a game started, which from what I've heard... isn't a thing.
Show hidden low quality content
You must log in or register to reply here.
Share:
Facebook Twitter Reddit Pinterest Tumblr WhatsApp Email Link
Top Bottom