David Goldfarb and the rest of the team at DICE want to bring as much realism [http://www.escapistmagazine.com/news/view/112930-Battlefield-3-Is-Grounded-In-Authenticity] as possible to the military shooter sub-genre. In modern cinema, depicting realism has become synonymous with a camera technique that eschews a steady hand for a more frenetic view. The so-called shaky-cam was first used by French New Wave director Jean-Luc Godard in Breathless in 1960. The technique didn't see widespread usage in Hollywood until it was popularized by Evil Dead director Sam Raimi. Spielberg used shaky-cam to great effect in the opening of Spielberg's war epic Saving Private Ryan and Paul Greengrass has kept it modern with the Jason Bourne films.

Games haven't delved heavily into using the technique graphically - Kane & Lynch 2 is the notable exception but that game suffered from other problems. Battlefield 3 may not embrace shaky-cam in all of its gameplay, but the technique is certainly apparent in the latest teaser trailer called Guillotine, complete with lens flares and encoding artifacts, to make the player feel like they are looking through a soldier's camera.

The trailer is preceded by the declaration that "The following is actual in-game footage." Recognizing that many viewers may think that the Guillotine trailer only showed cinematics, DICE and EA wanted to make sure we knew that this was what Battlefield 3 looks like when it's being played.

I have to admit that I'm not a big fan of realistic military shooters - I'm more partial to sci-fi stories than "Hoo rah" - but I respect DICE for adopting cinematic techniques for Battlefield 3's visual representation of war.

Now I'm looking forward to [user]Steve Butts[/user] review of the game even more. If he gives it a thumbs up, I may have to bite the bullet and pick up this game.

This game just keeps on looking better and better. Beforehand Frostbite had impressed me, but this trailer just stuns me! The lighting is amazing, or lack of lighting, considering it's night. The way it all flashes and flares. Frostbite is going to make this game totally awesome.

Now if only Origin would go and crawl into a hole somewhere and die. 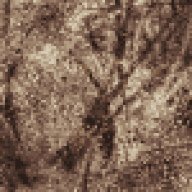 This game just looks amazing. If the game-play can match the graphics, kudos to Dice and EA.

I know I'm one of the first to normally slam warfare-based FPS games as being lame, overblown and dumb as a sack of inbred mice, but...

Battlefield 3? Oh yeah, that thing. Man, haven't heard from that in about a week. Wonder how it's doing?

...I JUST GOT FUCKING LAID OFF AND THEN THIS HAPPENS! I have enough for like 1 game this season, maybe some DLC if a buy a lower priced game, and DICE just made it 100 times harder in 30 seconds! HOW? WHY? DAMMIT!

Calumon: Buy me a bed!

Jack: You're less than half a foot tall, I have rulers bigger than you. They don't have beds in your siz...

Calumon: BUY ME A BED!

The second that first explosion hits and I'm like, ohmygoditlookssogoddamnsexy.

The shakiness helps to hide the all little visual flaws, making it look even more sexeh.

That said, it does look incredibly sexeh.

Nice lighting. Frostbite is a wonderful piece of technology. WISH I COULD LAY MY HANDS ON THAT BABY. 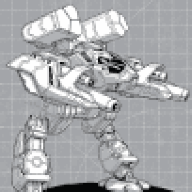 Oh, my dear and fluffy lord that was amazing. I thought the single player was gonna be cool before but just WOW.

That explosion was a thing of beauty, but I'm a little worried that shaky cam in an FPS will just lead to nausea. I guess I'll just wait and see. 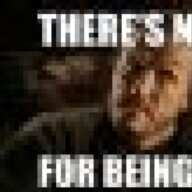 A shaky cam sounds like it could get irritating. Maybe an option to turn it off? Other than that it looks pretty damn sweet.

And they keep saying that, if you can run Bad Company 2, you'll be able to run this. Just...how?!
M

So we're seeing war through a soldier's... camera?

I haven't played a "modern" war game since America's Army was first released but if that is gameplay footage and not rendered/scripted it looks pretty damn good.

looks pretty cool, too bad ea is doing all it can to fuck up the pc version, Ill pass

Pfft, I've already decided not to buy it due to EA's incessant antics and screaming about how shit everything is compared to BF3. It takes a lot to get me interested in an FPS, I can tell you that, and BF3 had me hooked, but I just can't stand the way EA are acting. So it's no DICE from me (pun intended).

That was amazing! Nothing more needs to be said. The lighting was simply great, if that's what it actually looks like when you play the game, Crysis will finally no longer be the best-looking game on PC. 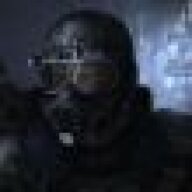