I beat Final Fantasy VI yesterday and count that day (May 2nd, 2013) as one of the best days of my life. I'm fucking serious too, on May 2nd, 2014 I'm going to have a little party treat that day and every other May 2nd I live through as though it was a legitimate Holiday. I call it Day-O-Cide.

Ya know what else is a great game? Doom. Also Doom 2. In fact, if you spend $20 on Doom 3 BFG, those two games come packaged with it on disc! You should go buy Doom 3 BFG Edition.

Sonic the Hedgehog on the Xbox 360 and PS3 is like The Room in that you need to experience it just for the sake of having experienced it.

Castlevania: Symphony of the Night is just awesome. So is just about any Castlevania on the Game Boy Advance or, DS (but only if you agree that Symphony is awesome).

Metroid is bad ass...it's bad-ass but terribly dated which might turn you off. If it DOES turn you off than maybe Metroid: Zero Mission will turn you on because it's a sexy GBA remake of Metroid plus it adds boss fights and a post-game section that wasn't in the NES original.

Final Fantasy X also has great gameplay, even if the voice acting, story and, presentation are a bit lackluster and it takes forever to be able to travel freely to...just about anywhere (and I didn't like Blitzball)

Legend of Zelda (1, 2, Link to the Past, Awakening (&DX), Ocarina of Time (and Master Quest and 3DS), Majora's Mask, Wind Waker, Minish Cap and, Twilight Princess) all DEMAND your attention. Granted most people didn't like 2 because it was a difficult side-scroller and, a lot of people didn't like Wind Waker's art direction. Speaking of Art Direction though, Awakening DX and Ocarina of Time 3DS are the best looking versions of those games.

BULLY! It's awesome and under rated. It's like a mix of GTA and Harry Potter with a romance system similar to Fable (ie: hold hands with and, kiss whoever the Hell you want if they're of-age...also you can smack asses). If you get the 360 edition there are Achievements too.

Path of Exile
Downloaded the game yesterday and have played like crazy since. It's completely free to play, but really doesn't feel like that kind of game. There are microtransactions of course, though only for cosmetics. No pay to win.
It doesn't bring much story wise, but the gameplay has some great stuff. You get your skills from gems you loot or recieve from quests and level them up. They can be unequipped just as easily and shared to your other characters.
A game I think every hack n slash fan should try.

Only downside is that you constantly get surrounded by enemies and targeting them can be hard... especially in act 2 with all the damn monkies. Makes me wish I went for a spellcaster instead, but my Lightning Strike Templar has tons of oomph.
The talent system is pretty damn confusing as well. I'm following a guide for it rather than figuring it out by myself.

The most recent game I've got into is Guild Wars 2.

I'm not normally a fan of MMOs, but Guild Wars 2 removes enough of the things I don't like for me to really enjoy it. There's no subscription fee, so I can still go off and play another game for a few weeks without feeling like I'm wasting money. Loot and resource nodes are player-specific, so there's no fighting over them. And everyone who contributes to a kill/event gets experience and/or credit for it, so there's no queueing up to fight the same boss and plenty of encouragement to help each other out. As a solo player, I can stumble across a load of other players hacking at a giant monster, and just wade in and try to help, even if both the players and monster are way higher level than me!

Oh, and you pick up quests by just wandering into the area they're happening in, which removes the need for NPCs with exclamation marks above their heads. This may seem like a small thing, but it means you can very easily end up just wandering around, exploring and running into quests until you realise it's past midnight and you've missed two meals.

Currently playing Ni no Kuni . Fantastic game . My only grip is that i'm treated like a child , but , id you could look pass been patronised by a game , it's actually VERY good .

I'm into League and BlazBlue at the moment. Both the kind of game you have to sink time into to be decent but they are really fun.

Especially if you play Diana mid... Successfully tower dived my Ryze last game when he was on a perfectly respectably 100% health when I all in'd him (who may counter me? Ryze apparently does well against skillshot melees or something.) Walked back into lane and did the exact same thing again within 5 seconds of us peacefully farming. It's some Akali level bullshit. You gotta respect the Diana Q's man... Respect the Pipe, Foot Dive, random Inferno Dividahs and Crescent Strike. Rules of the universe.

I'm still on my quest to be Best Mu-12 EU in BB. Her zoning is just so good. Shame she melts so hard if anyone gets in properly.

Far Cry 3 is my single player game at the moment. I'm downloading Blood Dragon now and I don't know if I should finish FC3 before starting Blood Dragon. I mean it's not an *expansion* of FC3's story, it's just some wacky 80's movie but still.

A fun and beautiful looking 2D platformer. It's filled with frustrating moments, but not the controller snapping sort, it's the kind that feeds your desire to win with each failure.

Also if you have a PS3, check out the two Metal Slug games in the Neo Geo section of PSN. Good ol' fashion shooting fun in gorgeous sprite graphics. Maybe it's on XBLA, too, I don't know. Anyway check 'm out if you haven't already.

Diablo 3: It got a lot of hate around launch but the game has vastly improved since then.

Neverwinter MMO: I've only started playing this one but the early experience has been very positive. I certainly prefer it to DDO which didn't offer enough reward during the level up process at least when playing as a F2P member. 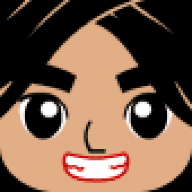 I've played The Walking Dead, now I understand why everyone loves it!
M

If you're getting tired of games maybe you should play more coop with a friends or something. On that note I've been teaching my friend the ropes of PC gaming so TF2 & Garry's Mod TTT. Never before has it been so fun to suicide bomb one person XD

Side note in faces at the end of sentences: do they count as punctuation? because . looks awful & weird to me.

-Grandia has been pretty amazing for the PSOne

-Ranger X for the Sega Genesis is a crazy platformer/shooter that I don't think has anything remotely close to the playstyle of that era.

-Orcs Must Die 2 PC exclusive that is somewhat difficult to describe, it's LIKE tower-d but not, you as a character have to run around and do damage as well as build traps while stopping the hordes from getting through. I've played a few Tower D games but this is just something totally different. Also, co-op so hell yes.
L

Been playing the hell out of Xcom Enemy Unknown. God that game was fantastic, if I had any idea how good it was I would have gladly payed full price for it.

I've also been enjoying MGR Revengance. The plot is silly as can be, but the actual gameplay is just so damn fun.

I want to get the 3 big RPGs for the Wii and was planning on getting Xenoblade Chronicles and The Last Story before getting Pandora's Tower but found Pandora's Tower for a bargain price and it was amazing. I even made a review of it: 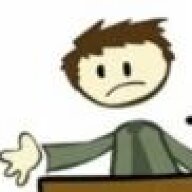 Mod Edit: This user has been asked to read the code of conduct and try to add more to the discussion in future ~ DigitalSushi 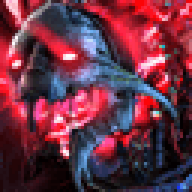 J Tyran said:
Far Cry 3: Blood Dragon, a big pile of macho silliness with some great shooter gameplay. Its an open world shooter play ground basically, you can stealth around or go in guns blazing or be creative with how you approach things.
Click to expand...

Might wanna put more in to avoid mod wrath

I doubt you missed it, but I'm going to give the exact same answer I give everyone who asks me a "best game" question. Skyrim. Yeah, I know it's got a lot of flaws, but the overall package blows me away every time I play it. Also, there just aren't many RPGs lately that focus on you the player. Don't get me wrong, I love me some bioware fun but, I want to be a god among men laying waste to all that oppose me. Not a group of exceptional people winning through coordination.