Spoiler Warning: These comments are not safe territory for the spoiler averse.
At least, once the show has begun.

Just like Breaking Bad, this show has some fantastic camera work. I also like the use of black and white for the post BB sequences. And somehow I'm already feeling sympathetic for Saul/Jimmy.

Loving the nuance here. Jimmy gives an almost okay argument to the jury but it's just shitty enough for us to know he's not very good. Then just showing the stupid crap the defendants did was great.

I keep jumping back and forth between being sympathetic for him and hating him, and I can't wait to see how they play with this idea throughout the series. Also, I'm wondering if Mike will have a sort of growth in his character to become what we know in BB or if he's already badass.

Oh, and spending 23 minutes showing how badly he needs money and then watch him tear a $26k check up. Fun! 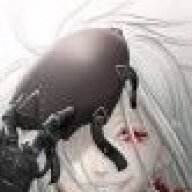 I like it so far, Bob Odenkirk is an amazing actor and AMC was very smart to piggyback the series premiere on the return of The Walking Dead. If there's anything the justice system needs, it's POV shots and foreshadowing, Vince's specialty.

I used to handle the cinnabons at a deli I used to work at, so Saul's (Jimmy's) tortured expression at the beginning really hits home for me.

Let's see where this goes.

Ebola_chan said:
I like it so far, Bob Odenkirk is an amazing actor and AMC was very smart to piggyback the series premiere on the return of The Walking Dead. If there's anything the justice system needs, it's POV shots and foreshadowing, Vince's specialty.

I used to handle the cinnabons at a deli I used to work at, so Saul's (Jimmy's) tortured expression at the beginning really hits home for me.

He really is great. I'm so glad they didn't go after a series focusing on Mike or Jesse. And I'm really loving the similarities between Jimmy and Walt early on. Even beyond the thematic stuff, but like Jimmy kicking the trashcan and Walt punching the paper towel dispenser.

I also find it interesting that this is a decidedly not dated setting. Like, everything looks crappy, but that's legal buildings and shitty cars and penniless Jimmy. But they didn't go the obvious route and play some early 00's song at the beginning. In fact, so far the only outfit that is really dated is Jimmy's suit.

Okay, what the hell is wrong with the elder McGill? Is he mentally incapacitated or is there actually something wrong with him? Am I the only one that can see it going either way? I mean, the electricity allergy or whatever seems unreal, but how they talk about it almost makes it sound legit. I guess I'm just missing something.

I expected a lot more humor from this premiere, but I didn't laugh out loud until the one twin's reaction to "You take a nice header" (or however he said it). But the grift angle actually has me pretty interested.

Edit: I didn't realize how far the episode had progressed. It's really odd doing the two-night premiere thing, but they chose a great point to end the episode.

The review for what we've seen so far will be up tomorrow.

I'll be honest, I was more than a little worried when I saw that Mike was so heavily featured in the promos. But things are going so similarly that I'm actually worried it's just going to be a repeat of the same story. Maybe it's all the recurring characters, like Tuco. His actor called it quits in Breaking Bad early because he was uncomfortable playing such a violent role, so I'm curious how they're going to play him this time round.

Mike Hoffman said:
Okay, what the hell is wrong with the elder McGill? Is he mentally incapacitated or is there actually something wrong with him? Am I the only one that can see it going either way? I mean, the electricity allergy or whatever seems unreal, but how they talk about it almost makes it sound legit. I guess I'm just missing something.
Click to expand...

I have a cousin with basically the same condition. It's a mental illness -- basically what happens when a hypochondriac reads the wrong conspiracy theorist's website. My cousin is actually fairly functional because she just thinks she has to take some weird but simple steps like keeping every device with a screen behind glass, but this guy has it bad.
W

I'm still not making a judgment myself, I want to see more episodes, but, out of the 5 people watching it with me, two of them already have given up on the show in disgust and the other 3 where not impressed. One really shouldn't count though because she literally was ready to give up before we got through the black and white future scenes!! Peoples attention span for tv shows seem to be getting drastically shorter lately.

Anyway, personally I see a few problems that need to be dealt with. In BB, Walt was able to draw some sympathy especially early on, from the audience, you had a clearly defined goal (Walt wanted to support his family), and a logical reason for many of his actions. You had a likeable character (Jessie...even pretty much right from the start), and you had many relationships that developed throughout the episodes. You also didn't know how everything was going to turn out, so there was often suspense as well.

In BCS though, you know how everything is going to turn out, Saul was never likeable, and still (at least to me) is not. You can't even really identify with him (which to some extent at least early on, you could with Walt). There also doesn't seem to be the bits of humor involved, so far at least, and I don't get the ying/yang good/evil, morality issues etc that I did from Breaking bad.

Saul, right from the start, seems pretty much like a sleezebag, he doesn't care about the people he is defending, and he only cares about the money from clients and not what is in their best interest. His "HUNGRY" stare at the pen when he was going to get the couple to sign the retainer agreement summed it up, and luckily the wife noticed it as well.

I walked away without anything really drawing me in, or making me want to watch another episode. I'm going to give it a few more tries, some of the "this season on better call saul" scenes looked promising. I always liked mike, and that will help (Another "likeable" bad guy).

I think the biggest problem though is going to be Saul himself. I don't know how popular he was as a character for most, but he was not one of my favorites. There are ways to make the show work though. Include more humor (more then in BB) since Saul was often central to many of the comedic parts of BB, it would work well to include more humor in this spin off. Since he's going to be a sleezy money grubbing lawyer, make fun of it and him. I don't want to identify with a sleezebag, so playing it straight, isn't going to work (for me at least).

Bring in some other characters that the audience can root for, perhaps even have Saul screw them over and ruin their lives as time goes on. Play Saul as the character everyone loves to hate, while also having us laugh at his expense often as well.

Expand the post BB part as well, including just a bit of the future in each episode, creating a mini future storeline we follow along with as well, a tantalizing glimpse into the post BB fallout. This would allow you to cross over characters from BCS (That you are just introduced to) and the post BB universe as well.

Oh well, I'll give it a few more chances and see what happens, was not impressed though.

In terms of tone, I really hope this'll go down the 90's, Fargo-esque dark-and-pathetic-humour route. That really seems to fit with Jimmy's character, as a sort of leveled up lawyer version of Jerry Lundegaard/Lester Nygaard. By the looks of the first episode that definitely seems to be the case, and I'm happy for it.

I quite enjoyed the first two episodes. Hopefully the show doesn't really rely on characters from Breaking Bad too often. So far, IMO of course, they swung and hit with Mike, just using him for some brief humour to better pace the episodes, but the whole thing with Tuco, despite the bargaining being quite humourous, I don't think fit the character of Tuco, and really should've been somebody else. It speaks to me that they don't trust the show to be good on its own that they had to rely on him so heavily instead of waitasecondisthatVaasfromFarCry3there? Why the fuck wasn't Vaas the psycho? What the hell is wrong with the producer, have you not paid attention to the credentials of the people you're casting?

But it is more a natural fit. Breaking Bad was a bizarre tale of a chem teacher gone bad. I'm sure it is rare.

But law? Being a layer? Full of temptation, grey lines, moral havoc.

"Carlito's Way" with Sean Penn who is told, you aren't a lawyer anymore. You're a gangster.

Corruption can happen easily and insidiously.

"Innocent Blood" Gangster tells lawyer his criminal plan. Don Rickles, the lawyer, doesn't want to hear any of it. Attorney Client priviledge counts for past matters: NOT FUTURE. Rickles has an obligation to report what the Gangster is planning. If he does, at least he is out a client. At most: he's a dead man. Ignoring his obligation to report the Gangster is insidious because it is so tempting so human and so illegal. So easy to break bad as a lawyer.


MarsAtlas said:
waitasecondisthatVaasfromFarCry3there? Why the fuck wasn't Vaas the psycho? What the hell is wrong with the producer, have you not paid attention to the credentials of the people you're casting?
Click to expand...