Wow it really has been a while since I wrote a review, I hope that the few people that do seem to read them may even enjoy them, as long as I'm not completely wasting my time. Without any further ado here is my Just Cause 2 review, perhaps my review title is a little less fitting this time as the game only came out a few weeks back.

Just Cause 2 comes from Swedish developers, Avalanche Studios. Their first game was Just Cause, the Latin American big brother of Just Cause 2. Their first effort was met with mixed opinions and reviews and failed to make a big impact on the open world scene, can Just Cause 2 hope to fair any better?

You mean I can go anywhere? JC2's game world is big, and when I say big I don't mean the standard open world game big. The tropical island of Panau on which you will be causing chaos is undeniable star of the show. 1000 square kilometres of varied scenery are open to you from the start, this world is huge and unlike the first game is not hindered by repetition. You will see sandy tropical beaches, daunting snowy mountains, dry desert plains and everything inbetween. None of this is locked away either as in GTA style, if you can see it then you can go there. Open world games rely on several key features and an amazing world is one of them, JC2 provides the sandbox and the means to have fun, the only limit is your imagination.

The console Crysis. Just Cause 2 is breathtaking to look at, whether it's the gorgeous ocean and the realistic waves or the sun shining through a dense jungle canopy, the game looks great and is complimented by a fantastic range of appealing colours and sounds. The little details such as main character Rico's clothing changing depending on the area add something extra to the game. He can be dripping wet from a dip in a lake or covered in sand from traversing the grand desert. The game also provides pretty incredible vistas and views to take in, nothing beats standing atop a snowy peak looking down to city miles away.

Fun, fun, fun. The world is not the only important aspect of the game, the developers have made something which doesn't set out to be a serious or realistic affair. Rico is a super agent working for the 'agency' and can take cast amounts of damage and employ an endless supply of parachutes to use with his grapple. The grapple and parachute combination are this games signature, the second key to open world game success is being able to have a fun way to get around, and JC2 provides. You'll find using the parachute and grapple to slingshot your way across the land far more efficient then the plethora of cars, bikes and boats available. For speed and ease of use only the planes and helicopters could rival it. Another important aspect is stunts, the game gives you the props and it's up to you to put them together. Driving a car into a gas station before quickly deploying your parachute, reeling yourself in to an enemy helicopter as the explosion goes off behind you never gets old, and thats the kind of stuff which will be happening all the time to make this game a joy to play.

Gameplay variety. There is 104 vehicles in the game, not including DLC items, and all of them are fun to use. The handling is varied depending on vehicle and terrain and the game features a surprisingly good damage model - something not often seen in open world games. You can pilot jet planes, captain massive cargo ships or zip around the world in dirtbikes - there are so many vehicles to try and finding them all is part of the fun. Experimentation through the grapple is also something you will never tire of, attaching two enemies together and watching them collide in midair, or tethering an enemy to your car as you drive off, dragging his body behind you is just stupidly fun.

Backdrop to the mayhem. Don't expect a sweeping story with JC2, what is there merely serves as a reason for you being there causing violence. The story is not the main attraction here and it shows in the often questionable mission structure and plain annoying voice work. The story can be summed up with you taking the role of Rico Rodriguez, a super spy, in order to dismantle the corrupt regime of dictator Baby Panay. But it's not the story which you should be worried about, it's how you disrupt the government through all the fun methods available.

Questionable choices. JC2 can at times make you think, 'Why would they make this like that?' The black market which you use to order weapons and vehicles and upgrade both can often be frustrating due to high prices. Coupled with a low ammo limit in guns and no cheat codes, JC2 can often annoy when ammo is scarce and you spent your last 200 grand on a hovercraft. Other little things like no reversing or rudder control in planes and the lack of vehicles after completing military bases seem downright silly.

Bugs and glitches. With a world so big, JC2 has perhaps more than it's fair share of hiccups. Disappearing pedestrians and traffic, insane car physics and audio bugs will annoy you, but thankfully, all will be forgiven when you crash a passenger jet into a base teeming with soldiers.

I can't write a review for this game and include every feature - there is just so much to do. And that is perhaps then a testament to how good this game really is. In terms of improvements over the sequel the game is astounding, you will spend countless hours in Panau and not get bored. The issues present are minor and if you want a new open world game, then JC2 will surpass them all.

It will last a long time, you will have fun and the graphics are amazing. It's hard to recommend this title stronger, especially if you like open world games.

Crashing a super fast military fighter jet into an oil refinery and sailing away in a parachute, mowing down guards with my assault rifle before hijacking a jeep and driving it off of the mountain the military base was perched on, all ending with a satisfying explosion. 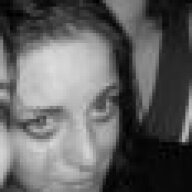 I kind of agree.
I think the lack of plot is a big deal, I just never get much from this game. I didn't think it needed a sequel - seeing as there is no plot. But I'm starting to think its better than the first - though anything it gives you you could probably get in another game, that has a plot = a soul.

Its not a bad game I just don't think its original and wonder if its worth it at all but your favourite moment is a good example on what could the game worth playing...

Caurus said:
I kind of agree.
I think the lack of plot is a big deal, I just never get much from this game. I didn't think it needed a sequel - seeing as there is no plot. But I'm starting to think its better than the first - though anything it gives you you could probably get in another game, that has a plot = a soul.

Its not a bad game I just don't think its original and wonder if its worth it at all but your favourite moment is a good example on what could the game worth playing...
Click to expand...

I think it feels like how JC1 should have been more than anything, they have awesome tech behind the world and I'm glad they got another shot at producing a big open world game with it. In terms of originality, sure open world games are a dime a dozen, but what this game allows for is not seen anywhere else. If plot is important then you won't enjoy it in that aspect, but I still think its fun.

You didn't think the controls were clunky? That was my main problem with the game.

starfox444 said:
You didn't think the controls were clunky? That was my main problem with the game.
Click to expand...

Nah they worked fine for the most part. The only annoyance was with the camera when parachuting, but it didn't annoy me enough to warrant being a bad point. Other then that it was all fairly simple, the slight auto aim meant shooting was a breeze
Show hidden low quality content
You must log in or register to reply here.
Share:
Facebook Twitter Reddit Pinterest Tumblr WhatsApp Email Link
Top Bottom