Beyond Good and Evil 2 is Still Alive 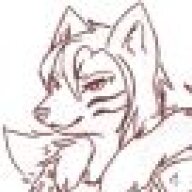 I really hope this comes through~! I never got a chance to finish my original copy on the Xbox, but I own it on the 360. It's just a matter of deciding whether to play it now, or wait until I'm close to a release date so I can hype myself up.

I wonder if they'll keep the numerous stealthy bits... You know, like Assassin's Creed stealth, but actually difficult!

Really I can't remember much about BG&E except they pulled off the driving, stealthing, collecting, minigames and the flying really damn well.

Yeah this sequel better not be another Duke Nukem Forever. Forget nostalgia ruining (i'm not old enough for the first DN games XP) that game was fundamentally broken!

I am looking forward to the sequel, but I hope they change the graphical style later down the line, it's far too realistic, I'd prefer something in the vein of the first one; bold and colourful, the graphics in that trailer just look too washed out and nowhere near vibrant enough. 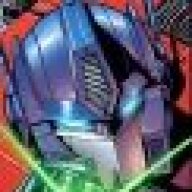 ... I want this. I've wanted this since the teaser trailer.

Give it to me, Ancel.

I hope they don't call it Beyond Good and Evil 2 whenever it does come out.

Besides it just being a dumb name, the game is already likely to be a tough sell. Tieing it so closely on the surface to a game very few people even remember now will just make things worse.

Given Nvidia's predictions about the improvement of their Tegra platform perhaps we'll see BG&E2 on phones as the graphically superior option in 2014.
D

The camera shake is terrible. A bad movie idea poorly used in games.

Say what they will, Mirror's Edge unarmed girl running with guards shooting at her with assault rifles, sniper rifles and .50 cal machine guns was good except for the unnecessary story about guards trying to shoot an unarmed girl in the BACK! At least Jade has a sword. Maybe it is an Uzi sword. Yeah, that would be perfect. Except for the lousy camera shake. And guards trying to shoot a girl in the BACK! Past that it is original as an Angry Turds rip-off.
Show hidden low quality content
You must log in or register to reply here.
Share:
Facebook Twitter Reddit Pinterest Tumblr WhatsApp Email Link
Top Bottom