I would like a game that takes place as a prequel to the other two, with you witnessing Rapture's descent into madness first hand beginning on New Year's Eve 1959. Seeing Rapture for the first time as a dilapidated city was amazing in the first game, but a third game just wouldnt have the same feeling to accompany it. Instead, imagine your awe as your chracter emerges blinking from the submarine into a thriving, alive rapture for the first time, with crowds of people, lights shining out into the ocean, artistic fountains pouring glistening water, and wonderful displays of unheard of before genetic alterations. Then, imagine your terror as the lights cut out a few levels later and you hear the first gunshots, screams, breaking glass, and rioting moving toward you in the darkness.
As far as I'm concerned, this is the only place Bioshock has left to go. 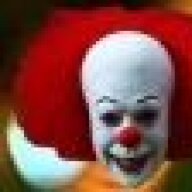 Maybe a re-discovery, since


Mark Meltzer's final audio diary, which you pull off his Big Daddy corpse, says he wasn't the first to discover Rapture, and he won't be the last.
But how the goddamn hell would that work?

generic gamer said:
something like a gun control re imagining would be good, playing a rapture security officer and having the citizens and criminals splice more and more as paranoia takes over. start off breaking up fights, then in the course of your duties someone pulls a plasmid on you...the first deranged and deformed "splicers" start being brought in, then on to the split between ryan and fontaine. the police end up taking a side as everyone else is killed by splicers loyal to ryan. having your squad slowly getting more and more spliced as the game progresses until the final boss is a character who's death acts as the trigger for the civil war.
Click to expand...

Interesting story, that's a good'un right there. Kinda like seeing your multiplayer character steadily become more mutated as you level up, you see your colleagues and enemies deform in tune with that.
B

There are already Big Brothers and Big Sisters!

I would love if they combined the first two areas together, and added new areas too, then made it a free roaming game. Sure, the places are not completely linear, but it would be incredible if you could go to all of them whenever you wanted...


mattttherman3 said:
Bioshock 3? Please, the first two were not very good imo, certainly not worth purchasing, you name a shooter and it's probably better than Bioshock.
Click to expand...

For some reason, I think you've wasted a lot of time playing Halo...
J

I'm not so sure bioshock needs another game the prequel idea gets thrown around a lot but I don't think that it is really needed considering the two we have now have all iterated raptures past it would be very boring to just get told the story all over again the same problem with the 3rd Underworld movie was that the story was everything we had already learned about in the first two and it made it a stale and unessecary film.
Bioshock constantly needs to tell something new and a prequel simply cannot do that.

I wouldn't mind Rapture again. It is a city, after all, and it's probably got far more areas to explore and annihilate splicers in. 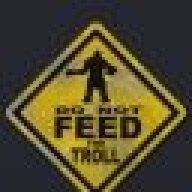 Simalacrum said:
I want it to happen prior to the creation of rapture... I want to play out the events leading up to the foundation of the city, and its eventual demise! that would be very interesting... You could travel through less of the city compared to the other games, but you could travel during multiple times across each one, seeing it change from construction work, to utopian society, to the beginnings of chaos!

Oh God no. Prequels are bad. Look at Star Wars and you'll see what I mean.

Could they at least let me save up enough money to buy the collectors ed. of Bioshock 2 first before they go and make a third one! 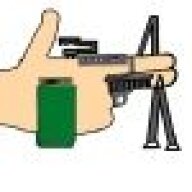 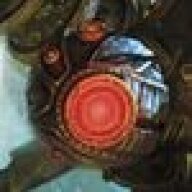 HardRockSamurai said:
He has some very interesting things to say, but quite frankly, there's only one thing I care about when it comes to Bioshock 3:

Big Grandpa or Grandma, it would be awesome.

LordOfInsanity said:
And for what they do? Mmm... We've had Andrew Ryan's Utopian idealogy, and then Sofia Lamb's Utilitarianism (For the family) idealogy... There's actually quite a lot of idealogies to pick at in how they can go wrong.

Heck, they left Tenebaum as a possible link to the third. She was never heard from again after your one run in. So she may play a major part again.
Click to expand...

I suspect you mean Ryan's Objectivism and Lamb's Collectivism?

I agree that Tenenbaum would be the likely key to the third. You keep having characters who are extremists, and she's there in the background just trying to get by. And she's much more moderate and reasonable. My guess is that the first 2 Bioshocks have demonstrated the dangers of the 2 polar opposite extremes of self versus society. The 3rd one just might be Tenenbaums rise to power, and an attempt to restore a legitimate government to Rapture. Something with a free but regulated market, which succeeds in spite of the opposing pressure from the free market fundamentalists and the collectivist cult. It would bring Bioshock, philosophically, full circle.

Also, why is everyone assuming a new Big something? Maybe we can look forward to a Little Brother. That would be the truly logical step, though how to implement it would be challenging. And if its not a little brother, then it would likely be a Big Mama. Most anything else would be silly. 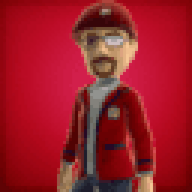 Greg Tito said:
In truth, we'll probably never know where third BioShock will take place, or even if it will happen, until it's officially announced.
Click to expand...

It was. When EA tried to buy Take Two, they announced BioShock 2 and 3 to shoot the price up.

mattttherman3 said:
Bioshock 3? Please, the first two were not very good imo, certainly not worth purchasing, you name a shooter and it's probably better than Bioshock.
Click to expand...

Disagree completely, Bioshock is one of the most innovative and original 'shooters' ever made.